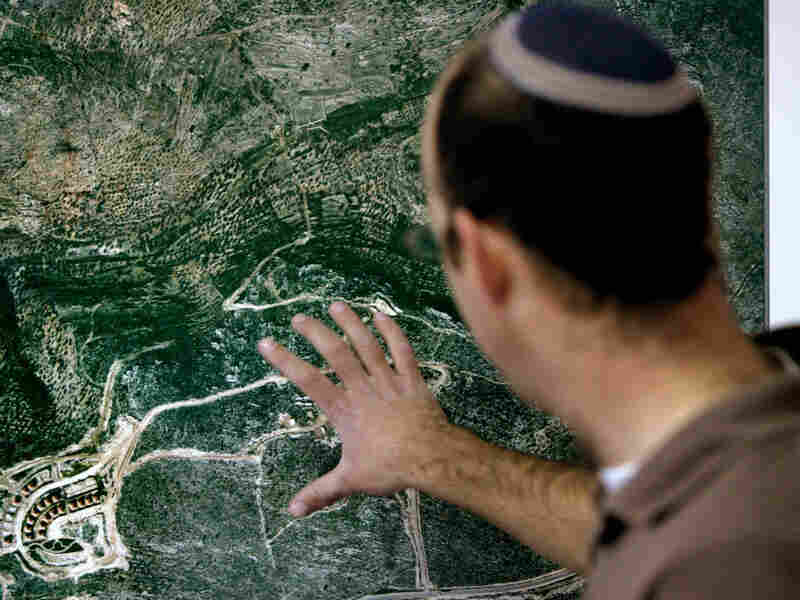 In this file photo, Israeli Amishai Shav-Tal, 31, one of the founders of the West Bank Jewish settlement of Bruchin, looks at an aerial photo of the settlement. Ariel Shailet/AP hide caption 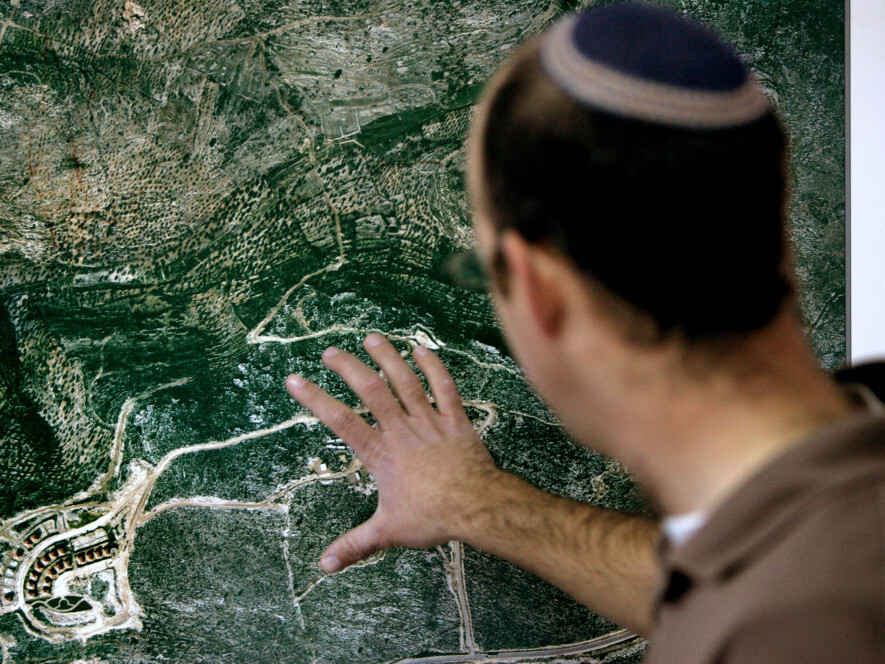 In this file photo, Israeli Amishai Shav-Tal, 31, one of the founders of the West Bank Jewish settlement of Bruchin, looks at an aerial photo of the settlement.

Journalist Peter Beinart grew up immersed in Zionism. His grandmother — who had to flee Egypt and then the Belgian Congo because of religious persecution — made sure that Beinart realized the importance of supporting Israel from an early age.

"What my grandmother conveyed to me was the sense of the fragility of Jewish life in so many diaspora communities — the sense of rootlessness," he tells Fresh Air's Terry Gross. "She made it very clear to me that Jews should see Israel as a place that would take us in — the place of permanence, the place that could give us, even if we didn't go there, the psychological comfort of knowing there was a home if we had to be on the run."

Beinart still supports Israel but thinks that the Jewish settlements in the West Bank, which now have more than 300,000 residents, are compromising Israel's commitment to democracy. In his book The Crisis of Zionism and in a recent New York Times op-ed, Beinart has proposed a boycott of goods made in those Jewish settlements.

His thoughts on Zionism changed, he says, after seeing a video sent to him from Israeli friends. The video showed a Palestinian man being arrested after attempting to connect his village to water pipes in the West Bank, where there is a massive disparity in water allocation resources and where Jews are citizens of the Israeli state and Palestinians are not.

"It had a powerful effect on me and it was one of a series of experiences that I would say led me to be willing to face ... the reality of what Israel's occupation is," he says. "It also made me concerned about how I would tell my own children [about] my love of Israel and try to make them devoted Zionists, while also not ignoring the reality of what happens when you hold millions of people for more than 40 years as noncitizens in the places in which they were born." 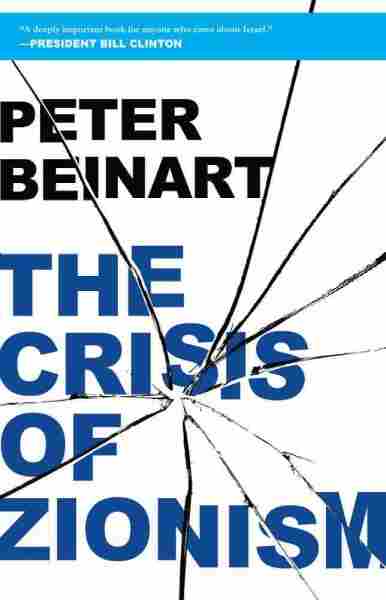 The Crisis of Zionism

A Boycott Of The Settlements

"We have to invest and spend our money in the original Israel, which offers the right of citizenship to all people, but I don't think we should be spending our money in the West Bank, which is a territory where Israel's founding ideals are desecrated," he says.

"I know that this is a controversial and painful suggestion for many Jews, because we feel ourselves to be part of something called the Jewish people. I feel that very strongly as well. I don't feel any hostility to Jews who live in the West Bank — I feel a strong sense of kinship with the entire Jewish people," he says. "But I do feel that we are sleepwalking towards the destruction of Israel as a democratic Jewish state, and we have to find ways of starting a conversation to rebuild the distinction that will allow Israel to remain a democratic, Jewish state."

Reactions to Beinart's op-ed and book have been heated and emotional, he says.

"In my own extended family, there are often very significant generational differences which flow from people's life experiences," he says. "What I have said to people who vociferously disagree with me is, 'We start from the same place: a love and dedication to the Jewish people and a deep belief that what makes Israel precious is that it's not just a Jewish state, but a democratic Jewish state.' "

Beinart says he fears that Israeli policy is moving the country toward a place where the survivability of the current democratic Jewish state is questionable.

"If you disagree with the proposal I've put forward, then please suggest to me how you think differently [about how] we can stop the process of subsidizing people to move to the West Bank that threatens Israel's future as a democratic Jewish state," he says. "We have to have that conversation. It may not be an easy conversation. It certainly should not be a conversation to the exclusion of Palestinian culpability, which there certainly is. But we have to have that conversation if we're going to fulfill our obligation to the next generation, which is to pass on a Jewish democratic state to them." 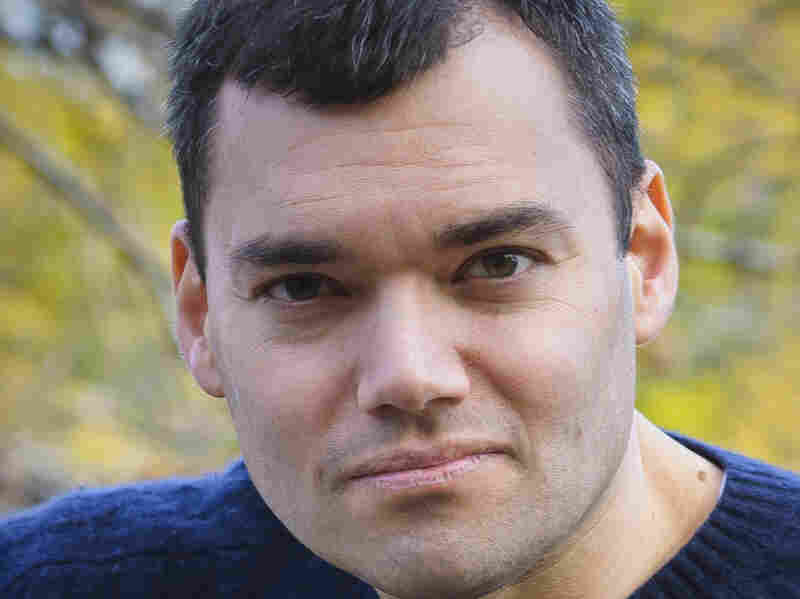 Peter Beinart is a senior political writer for The Daily Beast and an associate professor of journalism and political science at City University of New York. Guillaume Gaudet/courtesy of the author hide caption 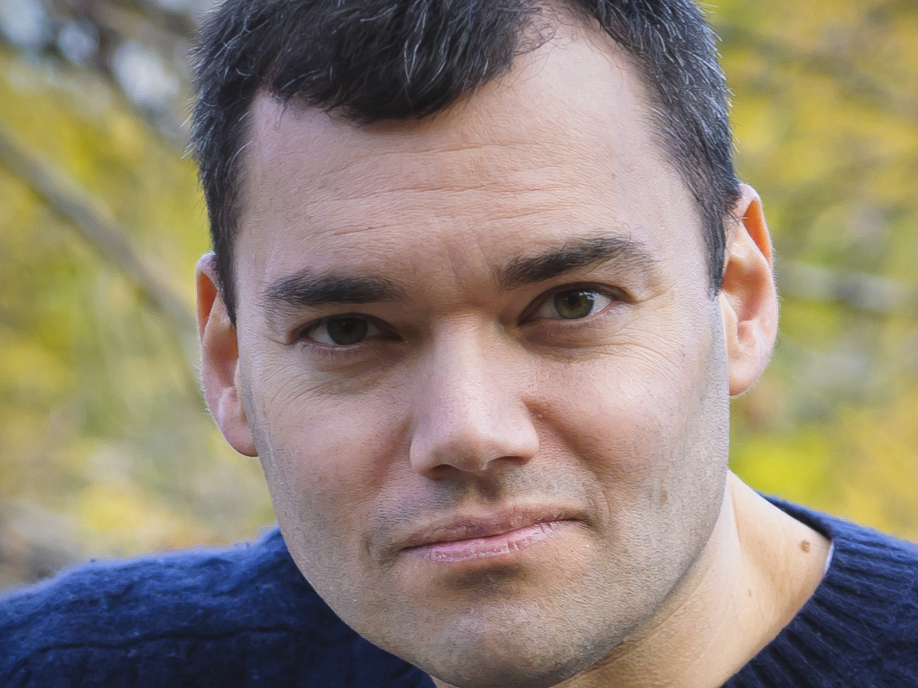 Peter Beinart is a senior political writer for The Daily Beast and an associate professor of journalism and political science at City University of New York.

Guillaume Gaudet/courtesy of the author

"I call the West Bank 'nondemocratic Israel' to convey first that this is an area under Israel's control and that it's not a territory that lives up to the democratic ideals upon which Israel was founded. But there is a territory — Israel's original boundaries — in which Israel does make a real effort to live up to those ideals."

"My reading of many of the founders of the Jewish state was that they didn't only want a state for Jewish protection; they wanted a state where they could live out the ideals that were betrayed by Europe and in that way, they would redeem the Enlightenment ideas that Europe had failed. For me, that is still the struggle — to preserve a Jewish state that tries to live out the principles of Israel's Declaration of Independence, and I feel that that Jewish state is incompatible with a permanent occupation of millions of people who lack citizenship and basic rights, live under military law and don't have freedom of movement simply because they're not Jews."

Younger American Jews are alienated precisely because of the Jewish community's inability to talk openly and honestly and in an unafraid way about these subjects.

On the rate of population growth in the West Bank

"Jewish settlers live under civil law. Palestinians in the West Bank live under military law. With the settler population growing at three times the rate of the Jewish population inside Israel's original boundaries, at some point in the future, there will be too many settlers in the West Bank to actually extricate Israel from the West Bank, and at that point, Israel will become, in the words of former Prime Minister Ehud Barak, an 'apartheid state.' And that would be such a tragedy for us."

On calling for a boycott while working as a journalist

"This proposal was inspired by three of Israel's most famous writers — David Grossman, Amos Oz and A.B. Yehoshua. All of whom themselves have said that they would not perform in the cultural center in the West Bank [settlement] of Ariel. What I was doing was suggesting a way that we could be in solidarity with those Israelis who I think are themselves struggling to preserve Israel as a Jewish state while reinforcing our commitment to the right of Israel to exist as a democratic, Jewish state."

"If you want to talk to younger American Jews and try to engage them and find language that is meaningful to them, a language just of victimhood and survival ... is not actually a storyline that speaks to the realities of their lives. There is so much in Jewish tradition that talks about the Jewish use of power, our struggle to wield it ethically. That seems to me to be very, very important for us to have a conversation about because it shows our tradition has relevance today to the lives of our children. ... Younger American Jews are alienated precisely because of the Jewish community's inability to talk openly and honestly and in an unafraid way about these subjects. That's why, I think, we lose a lot of younger American Jewish kids. They want the right to voice their questions and criticisms openly without being written off. And the American Jewish community hasn't done a good job of that."

"I know lots of people in AIPAC and have for many years and they're lovely people. And they want what's best for Israel. But where I disagree with them is that AIPAC defines being pro-Israel as supporting the policies of the Israeli government. I would define being pro-Israel as helping Israel to achieve the principles in its founding document, in its Declaration of Independence — just like I would define being pro-American as helping America live out the ideals in our founding documents, not supporting all the policies of a particular American president. And I think tragically today, we find ourselves in a situation where the Israeli government is supporting policies like subsidizing Jews to move to the West Bank that actually violate Israel's founding ideals. And we are forced to choose between those two commitments."

Read an excerpt of The Crisis of Zionism