Accessibility links
City Rents Rise As Buyers Wait Out Housing Bust The housing sector turmoil scared a lot of people away from buying homes. Now, many people who can afford to buy are renting, sending rental prices soaring. In places such as New York City, they're near record highs. 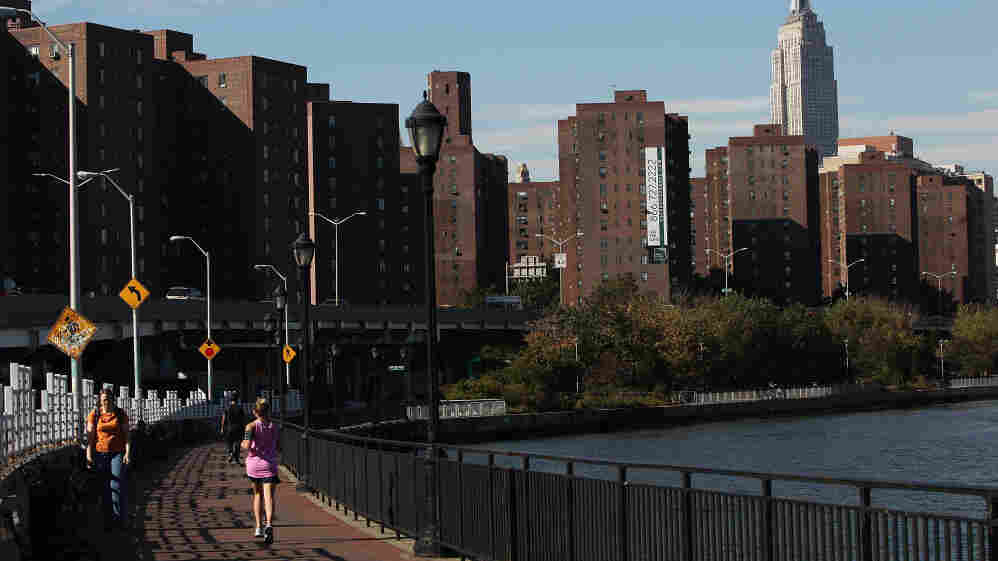 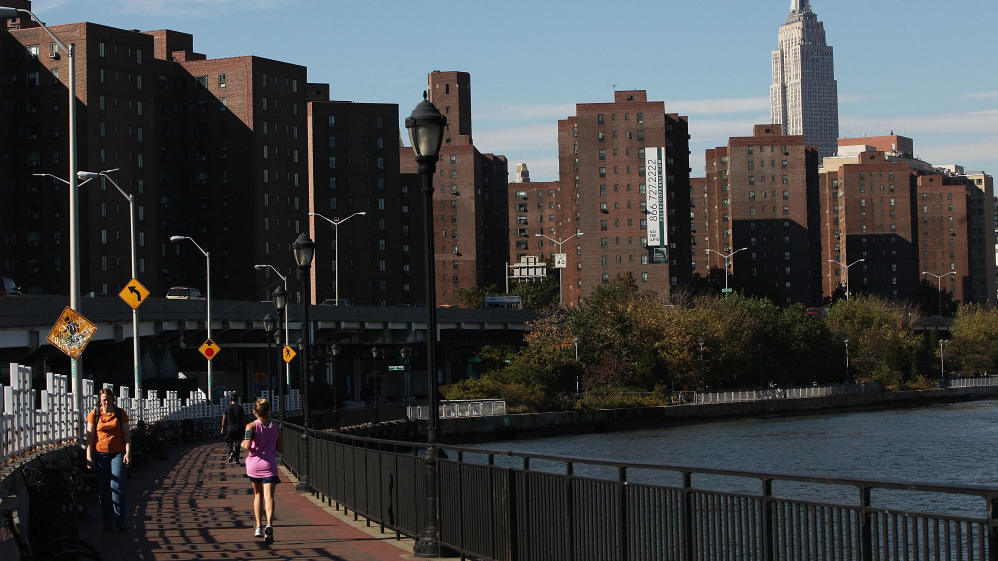 The turmoil in the housing market over the past few years has scared a lot of people away from homeownership. That means many people who can afford to buy are now renting. With so much demand for apartments, rents are once again on the rise. And in places like New York City, they're near record highs.

A few weeks ago Lauren Weitz got her first apartment in the city. Every night when she gets home from the office, she upholds a New York City tradition.

"Go very slowly, because some of these are crooked," Weitz says, walking up the five flights of stairs to her apartment. Like countless young New Yorkers before her, Weitz lives in a walk-up.

"You're not going to run up and down the stairs, so I'm very careful with my groceries and not to carry too much heavy items," she says. "Yeah, you really have to think twice."

There's very little supply, there's lots of demand. People have been staying in the rental market longer cause they're not comfortable jumping into the sales market or they don't have the necessary down payments, so all of those things have been factored into a very tight and successful rental market.

The apartment is a studio on the Upper West Side. That's one room with a small kitchen. To live here she pays nearly $1,700 a month, plus utilities. Morgan Turkewitz, the agent who found it for her, says Weitz got a good deal.

If the apartment were a one bedroom, Turkewitz says, the rent would be significantly higher.

"Probably somewhere in the mid-$2,000s," she speculates. "So it's expensive. Real estate in New York City is expensive."

That's putting it mildly. Rents in the city fell a bit after the 2008 financial crisis, and a lot of landlords were forced to offer incentives like a month's free rent to find tenants, but since then, rents have been slowly climbing. Gary Malin, president of the real estate firm Citi Habitats, says they are now near an all-time high.

"There's very little supply, there's lots of demand," he says. "People have been staying in the rental market longer 'cause they're not comfortable jumping into the sales market or they don't have the necessary down payments, so all of those things have been factored into a very tight and successful rental market."

That pattern is being repeated in many other parts of the country. Chris Herbert, research director of Harvard's Joint Center for Housing Studies, says rents rose more than 5 percent last year in Seattle, Chicago, Minneapolis, Boston, Pittsburgh and other cities. Herbert says the increases reflect growing demand for rental properties.

Herbert says the rental market won't stay this strong indefinitely. Sooner or later people are going to get tired of paying high rents and think about buying again.

"People may decide, 'You know what? It looks like the economy's recovering. I have more confidence in the housing market, I have a job and I am paying so much in rent, I think it's time for me to jump into the homeowner market,' " Herbert says. "So that may be where the release valve comes if demand for rentals keeps going up."

In the long run, he says, developers will respond to the increased demand by building more apartments. In fact, there's evidence that's starting to happen. But it will take a while before they're built.

In the meantime, the competition for apartments in places like New York City can only grow. For her part, Weitz is happy to have found a place of her own.

"I always tell my friends that this place is pretty perfect," she says. "If it had an elevator, it would have been tops."