Accessibility links
Activist Puts Albany Neighborhood On The Bus Map Residents of the South End neighborhood of Albany, N.Y., had made repeated requests for a bus route for their underserved neighborhood. Resident Willie White brought his neighbors together to demand a bus route — and a seat at the table in city politics. 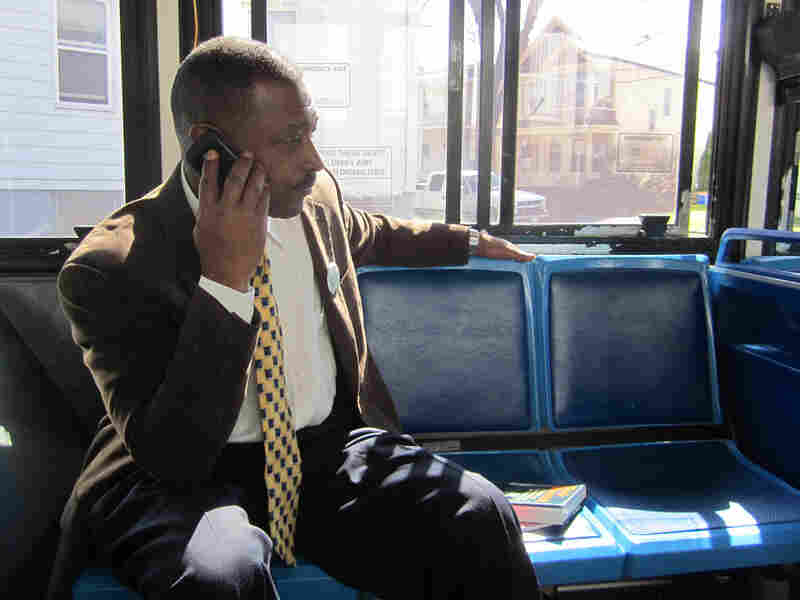 Willie White pushed for the creation of a new bus route for his previously underserved neighborhood in Albany, N.Y. Marie Cusick for NPR hide caption 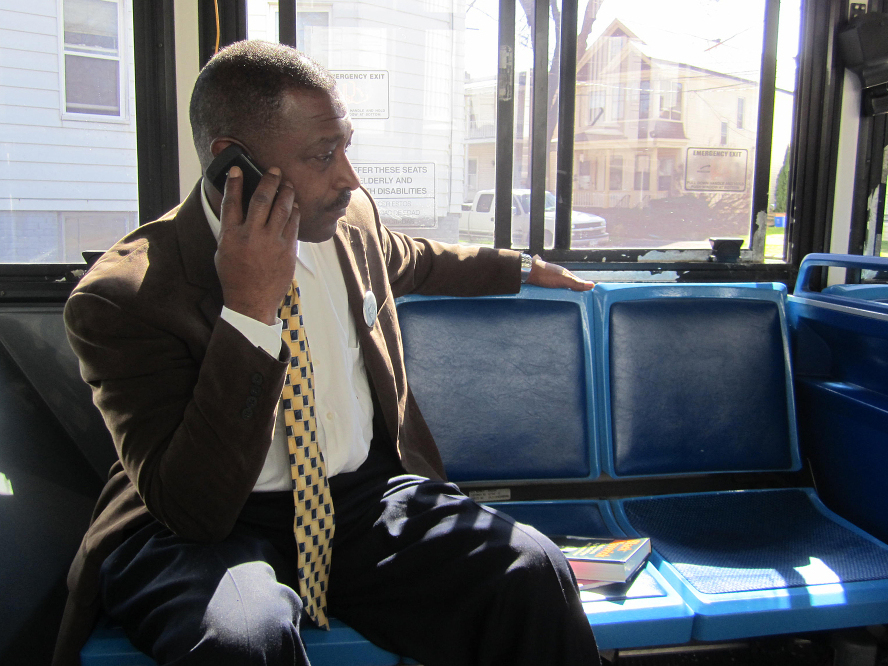 Willie White pushed for the creation of a new bus route for his previously underserved neighborhood in Albany, N.Y.

The New York state capital, Albany, is a gathering place for the state's most powerful people.

But in the city's poor and predominately black South End neighborhood, many residents once felt powerless.

They had repeatedly asked for better public transit for South End, an area plagued with poverty and crime not far from New York's gated governor's mansion.

Today, the city's Route 100 bus glides easily up Morton Avenue, a steep hill in the South End neighborhood. Many feel there would be no Route 100 if not for the efforts of local resident Willie White.

White grew up on Morton Avenue and has spent most of his 52 years climbing the hill.

After an injury in 2009, White had to leave his job in the restaurant business. With an income from disability payments and more time on his hands, White looked around his neighborhood and saw that it needed help.

And White felt Morton Avenue, in particular, needed a bus.

For years, the bus stop was at the bottom of the hill. That was inconvenient for residents most of the year and treacherous in the winter.

"You would see seniors walking up the hill, trying to pull their shopping cart, just giving out and just stopping and sitting down," White says. "And you would see wheelchairs that ran out of battery power trying to come up that hill."

Many neighborhood residents don't have cars, and if someone needed to go to the hospital — a little more than a mile away — there was no direct bus route. The ride could take up to 45 minutes.

You would see seniors walking up the hill ... just giving out and just stopping and sitting down.

Residents had requested a bus route before, but White decided to make it happen.

He printed up and posted more than 1,000 fliers calling for a community meeting.

At first, only a few people showed up. But the group eventually grew and called itself "AVillage."

At the time, the Capital District Transportation Authority was in the midst of restructuring all of its bus routes.

White circulated a petition and collected more than 1,300 signatures. His group joined forces with other community organizations.

Carm Basile, chief executive of the transportation authority, doubts the South End would have been overlooked in the new plans. But he still gives White credit for his persistence.

The city launched the new Route 100 bus last November. It makes stops all along the Morton Avenue hill, and South End residents can now get to the hospital in less than 10 minutes.

Transit officials say the new route has attracted plenty of riders, like Deneen Carter, who uses the bus daily to get to work.

The bus also stops right in front Andrea Maoiville's home. She says she now doesn't have to use her asthma inhaler as often.

"I was miserable walking up this hill every day. Every day, 'cause I had no choice," Maoiville says. "But now, I love it. I go out every day."

Some in the community have likened him to Rosa Parks and the civil rights struggle she sparked. He doesn't mind the comparison.

"She taught us how to fight," White says. "She was fighting for a seat. Now ... forget the seat. We want the entire bus."

AVillage is now working to transform vacant lots in the neighborhood into gardens and helping to turn an old building into a community center. White also holds regular meetings with Albany's mayor and other local officials.

White's next project is to register as many voters as he can, to ensure his neighborhood will continue to be heard.