Accessibility links
The Race To Create The Best Antiviral Drugs Researchers want to create a widely effective drug that targets viruses much in the same way that penicillin kills a wide range of bacteria. Science writer Carl Zimmer profiles the scientists who are developing these antiviral drugs, and the technology behind it, in his latest piece for Wired magazine. 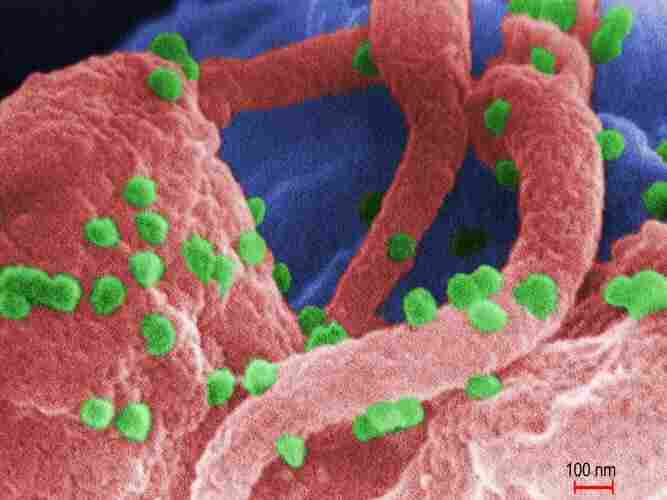 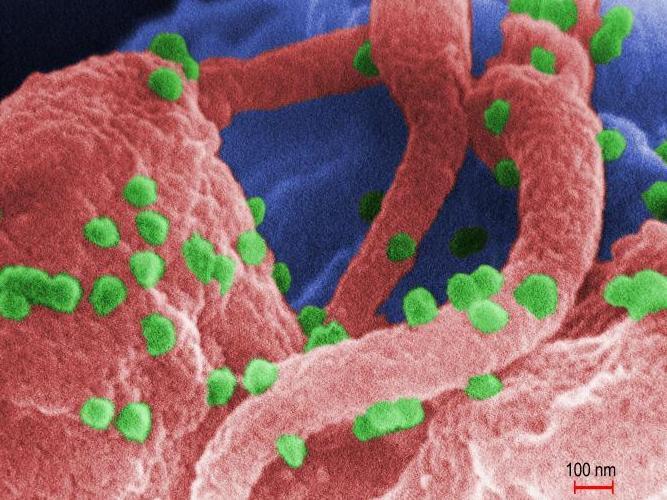 If you've ever had a bacterial infection like staph or strep throat, your doctor may have prescribed penicillin. But if you've had the flu or a common cold virus, penicillin won't work. That's because antibacterials only kill bacteria, and both the flu and the common cold are viruses. So for illnesses like the flu, doctors prescribe antiviral drugs, which target the mechanisms that viruses use to reproduce.

"For example, there are antivirals for the flu that interfere with the virus as it tries to get out of its host cell," says science writer Carl Zimmer. "So this molecule latches on to that particular protein that the virus uses to escape, and interferes with it so that the virus is trapped inside."

Zimmer's latest piece for Wired magazine profiles the scientists who are developing antiviral medications, and examines the new ways medicine is working to attack viruses.

The Man Who Tracks Viruses Before They Spread

'Ah-Choo!' Takes On Mysteries Of The Common Cold

But scientists are now working to create a "penicillin-like" drug that will target viruses more broadly. In San Francisco, a company called Prosetta is working on a drug that doesn't affect a virus directly. Instead, it works by affecting the proteins that are naturally in cells that help viruses replicate.

"The basic idea behind it is that viruses need help to build themselves," says Zimmer. "What happens is quite amazing: [Viruses] get lots of different proteins in our cells and cooperate to push their own proteins into place. And so the viruses need these groups of host proteins to form."

Prosetta created a drug that prevents the host proteins from performing their cooperative jobs and helping the viruses out. Preliminary studies have shown that targeting these host proteins — and not the virus itself — can stop Ebola, influenza, rabies and other viruses.

Other researchers are working to replace or help interferons, our body's own natural virus-fighting system. Eleanor Fish, a researcher at the University of Toronto, is heading a project to create synthetic interferon, in order to accelerate the body's virus-fighting response.

"Today, people with Hepatitis C can get interferon treatment, but it doesn't work all that well. It has some benefit, but not as much as Eleanor Fish would like," says Zimmer. "So she has been essentially tweaking the interferon molecule to make it more effective, to make it last longer, to make it safe and to make it cheap. Because what she wants to do is deploy interferon all over the world where there isn't fancy refrigeration. She wants to help people who are dealing with viruses in very remote places."

A third approach, says Zimmer, involves creating an artificial protein that would latch onto viruses and then instruct them to literally self-destruct. Spearheaded by Todd Rider at MIT, the project has been tested in cells and in mice.

"Rider's basically hot-wiring your cells so that as soon as they get infected by a virus, that trips a switch," says Zimmer. "This doesn't exist naturally, but if you were to take a pill, the thinking is, then this molecule would go into your infected cells, and as soon as it detected the virus, it would kill the infected cell, and you would recover from your disease."

But successfully eradicating viruses may bring a host of other problems, says Zimmer. He points to broad-spectrum antibiotics, which wipe out good bacteria in addition to bad bacteria.

"Eventually your body may recover, and it can take awhile, and there may be some bad consequences of the antibiotics themselves," he says. "So it's going to be interesting to see what happens in the future if we are, in fact, knocking out lots of viruses. Because we don't understand the full ecology of the viruses that get into our bodies."

There are trillions of viruses that live in our bodies, even when we're not sick, says Zimmer.

"Some are harmful, some may not be harmful," he says. "Some may even help us defend against other viruses. It's very complicated in there, and we don't really understand it very well yet." 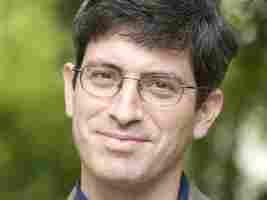 Carl Zimmer is the author of 12 books about science, including A Planet of Viruses. He has also appeared on RadioLab and This American Life. courtesy of the author hide caption

Physicians are now using bacteria to combat other diseases. Zimmer points to an example of a patient infected with the Clostridium difficile bacteria, which causes severe diarrhea and can frequently return, even when treated with antibiotics. The patient was treated with a transfusion of gut microbials from a healthy individual's fecal material to restore the bacterial flora in her intestinal tract.

"Literally two days later she started feeling better, and a couple weeks later, when they went to sample the bacteria that was there, they couldn't find the C. difficile anymore. It was just gone," he says. "The only thing they had done was essentially restore her ecology, essentially like restoring a wetland."

Zimmer says fecal transplants have only been performed on patients when all other options fail — but they are seemingly quite effective.

"The problem is, as some other journalists have reported, is that the FDA has a very difficult time figuring out how to come up with regulations for this," he says. "Before it's going to become a widespread practice, the FDA is going to have to move beyond its old paradigm of giving people regular drugs to being able to give people tailored concoctions of living things — of bacteria, of maybe even viruses — as medical treatments."

"There's this whole ecosystem of interactions going on inside our own bodies that we do not understand — barely at all," he says. "Scientists are just starting to figure it out with very big projects where they're sequencing all the genes these microbes have. But they're just at the beginning of understanding it."

On the tapeworm named after him

"Tapeworms are just quite amazing. For one thing, there's so many of them. There might be 20,000 species of tapeworms in the world. They take all sorts of strange forms through their life cycle. Some of them will live inside of a fish, and while they're inside of a fish, they start changing the fish's behavior. The fish flails around and gets eaten by a bird, which then has the tapeworm mature inside of it, because the tapeworm wants to get from one host to the next. And it's bizarre, also, to think that there are species of parasites that have adapted to our own gut that can get to be 30 to 40 feet long. I wrote a book called Parasite Rex about tapeworms and many other kinds of parasites, and that inspired a young student to become a parasitologist. And she had the opportunity to name a new species of tapeworm, and she decided to name it Acanthobothrium zimmeri.

On the scientific tattoos he collects as a hobby

"I was amazed to discover that scientists have just about every branch of science tattooed on their bodies. So, for example, there will be incredibly complicated physics equations that scientists have covering their backs. There will be people who have ancient historical engravings of dissected brains. There are ecologists with food webs tattooed on their bodies. And there lots and lots of people who have DNA all over the place. ... I haven't overcome my distaste for needles. I haven't gotten one myself. If I did, I would get a protein where the amino acids encoded my wife's name, Grace."