Accessibility links
White-Nose Syndrome: A Scourge In The Bat Caves The disease has killed more than 5.5 million bats in the eastern United States and Canada and is making its way west. White-nose syndrome has been diagnosed in three Missouri bats — the first confirmed cases west of the Mississippi — and scientists say it won't stop there. 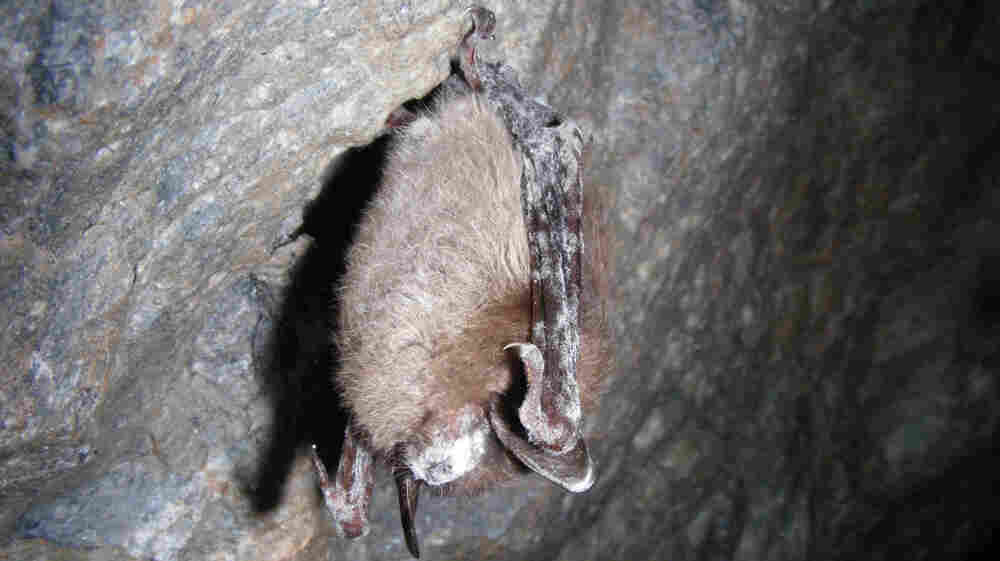 A disease that has killed more than 5.5 million bats in the eastern United States and Canada is making its way west. White-nose syndrome has now been diagnosed in three Missouri bats — the first confirmed cases west of the Mississippi. And scientists say it won't stop there.

Since white-nose syndrome was first discovered in bats near Albany, N.Y., in early 2007, it has devastated bat populations in the eastern U.S. Tony Elliot, a scientist with the Missouri Department of Conservation, says he knew it was only a matter of time before the disease crossed the Mississippi River into Missouri.

"Unfortunately, there's not a lot we can do to stop it," he says.

That's because white-nose syndrome is caused by a fungus that easily passes from bat to bat. The disease is named for the powdery white growth that can sometimes coat an infected bat's muzzle and wings. The fungus penetrates the bat's skin, eating away at the thin, semi-translucent membranes of its wings, tail and ears. 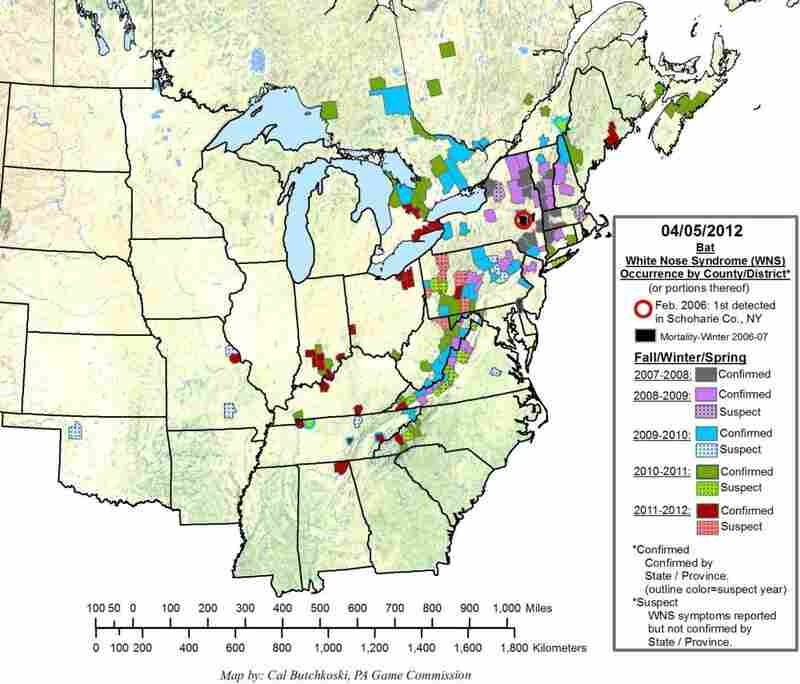 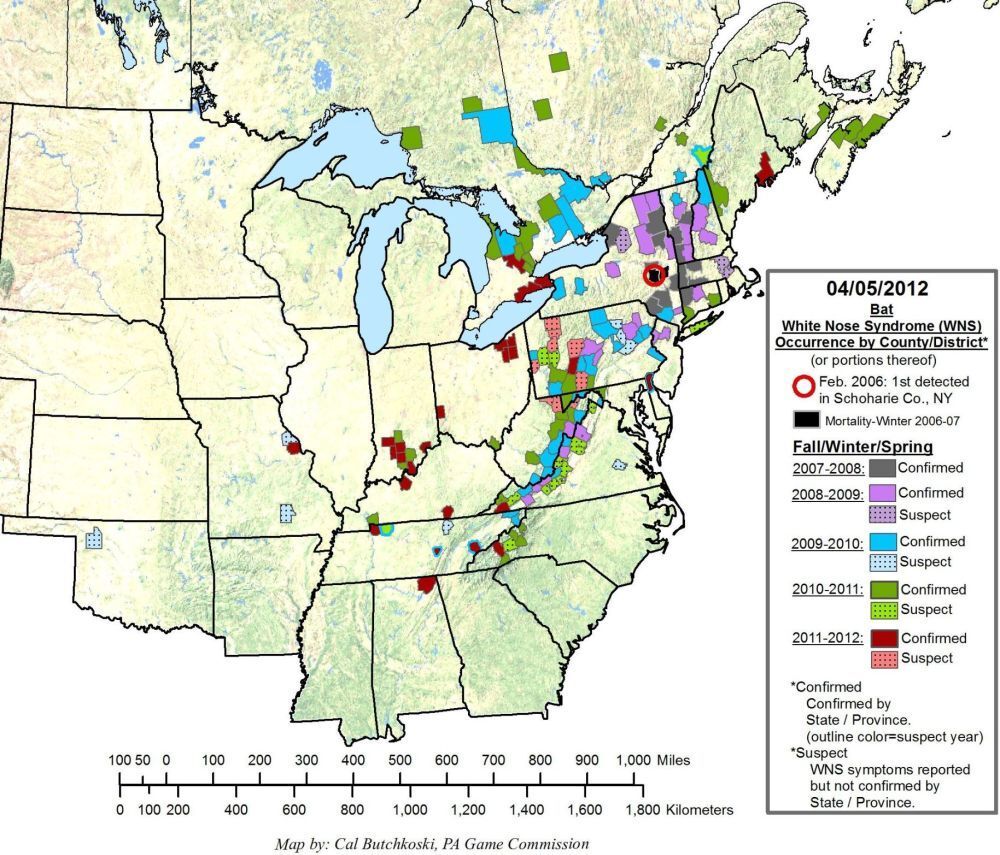 But, Elliott says, there's still a lot we don't know about the disease.

"It is still a bit of a mystery exactly what the ultimate cause of death is," he says. But what is clear, Elliott says, is that the fungus is changing the bats' behavior.

Scientists have a number of theories about why the bats are dying. They may be using up their winter fat reserves too soon and starving to death; bats that go out in the daytime make easy pickings for predators; they might be dying from the cold. And since bats regulate water loss through their wings, the flesh-eating fungus could cause deadly dehydration.

Some species have been hit harder than others. The once common little brown bat has seen its northeastern populations plummet, and five other species have also been affected.

"We are basically monitoring and watching one of the greatest population declines through disease that's ever been recorded for a mammal species, and that is certainly of concern, to put it mildly," says Jeremy Coleman, the national white-nose syndrome coordinator for the U.S. Fish and Wildlife Service. He says now that white nose has crossed the Mississippi, it will likely spread throughout the Midwest. And it's not just moving westward.

"This past winter we did see white nose confirmed in northeastern Alabama, which is also disconcerting, especially given the fact that this winter was very warm, uncharacteristically so," he says. Coleman says some scientists had hoped the cold-loving fungus that causes white-nose syndrome might not be able to survive so far south.

It's unclear what the loss of so many bats will mean for the environment. Elliot, with the Missouri Department of Conservation, says bat guano provides nutrients to cave ecosystems. And bats eat a lot of insects, many of them pests on forests and crops.

"We estimate that there may be 800,000 to a million gray bats living in Missouri," Elliot says. "And doing the math out, that could lead to over 540 tons of insects eaten per year by just that one species in Missouri."

Without bats, Elliott says, those insects could become a costly headache for farmers.

So far there's no way to treat white-nose syndrome or stop it from spreading from bat to bat. Elliott says the only thing we can do is limit access to public caves, and have people who do go caving disinfect their clothes and gear.

White-nose syndrome has already reached 19 states, and scientists expect it to keep going.