Accessibility links
The Roots Of An Empire: Rupert Murdoch's Australia News Corp., one of the world's major media powers, owns The Wall Street Journal and Fox News. In Britain, its powerful newspaper arm is at the heart of phone hacking and police bribery scandals. The driving force behind the company is its octogenarian chairman and CEO, Rupert Murdoch, whose story began in Australia. 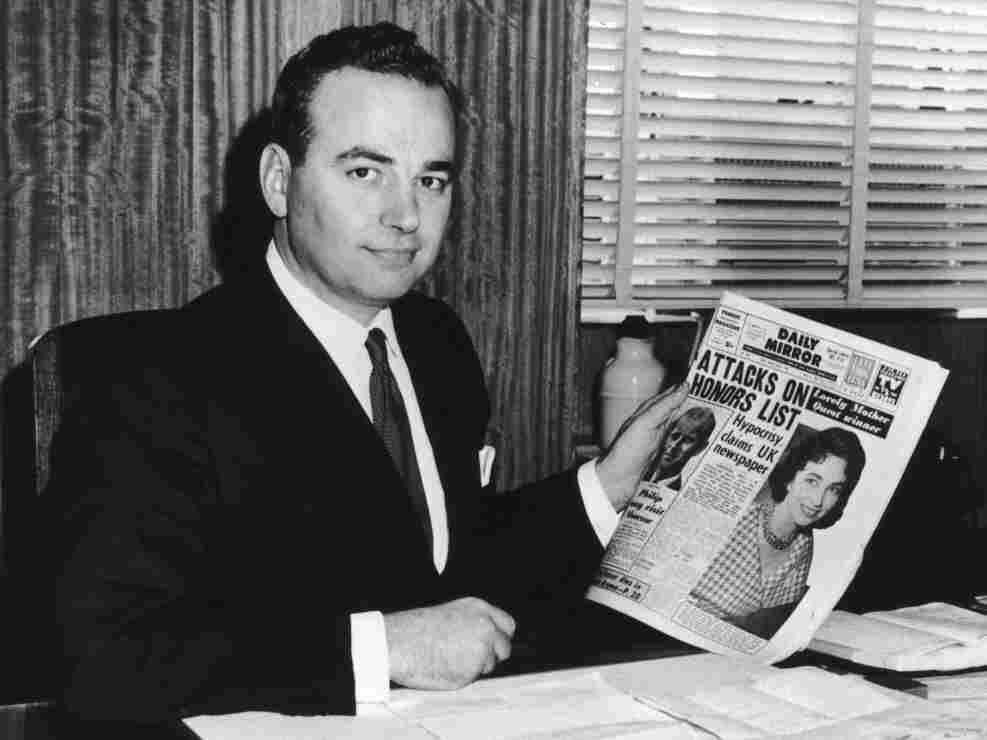 "The story of our company is the stuff of legend: from a small newspaper in Adelaide to a global corporation based in New York, with a market capitalization of about $44 billion," he said last October, when he addressed a News Corp. shareholders meeting in Los Angeles.

"Adelaide is irrelevant to it," says Graeme Samuel, the former chairman of the powerful Australian agency that regulates antitrust and media issues. "It was always strange that the annual meeting used to be held in Adelaide, but I never actually understood why."

I met Samuel in Murdoch's true hometown of Melbourne, a city famed for the Australian Open tennis tournament, trolley cars and street buskers playing the didgeridoo, the aboriginal instrument.

Melbourne is Australia's second-largest city, a melting pot on the country's southeastern coast. Samuel, now a corporate investment consultant with a commanding view of the city from 30 floors up, pointed out the many beneficiaries of the Murdochs' enormous philanthropy: the botanical gardens, a big children's hospital, the major theater houses and the arts center downtown.

I got a further schooling in the Murdochiana of Melbourne from Stephen Mayne, formerly an editor at Murdoch's two biggest Australian tabloids. He took me to the Trinity Presbyterian Church on the corner of Riversdale Road and Waterloo Street in a suburb south of Melbourne.

Murdoch's grandfather Patrick was a Scottish minister who became influential after being posted there. Rupert's father, Keith Arthur Murdoch, lived in the church manse as a child.

"There was discussion at the time that he may pursue a religious career as well," Mayne said, "and he said no — journalism was his thing. And he was lucky enough at the age of 17 or 18 to get a cadetship, or get his first job, working for The Age, which was a broadsheet."

As a reporter during World War I, Keith Murdoch witnessed the doomed Allied assaults on Gallipoli and wrote an impassioned letter to the Australian prime minister denouncing the willingness of British commanders to endanger Australian soldiers. It made him a hero to many. He rose to be top editor of the Melbourne Herald and a top executive of his employer's growing corporation. The knighted Sir Keith prospered and was able to bring up his children in great comfort.

Mayne took me by Rupert Murdoch's childhood home in Toorak, one of the wealthier established neighborhoods in greater Melbourne. It is, Mayne told me as he saw it for the first time, "absolutely magnificent." 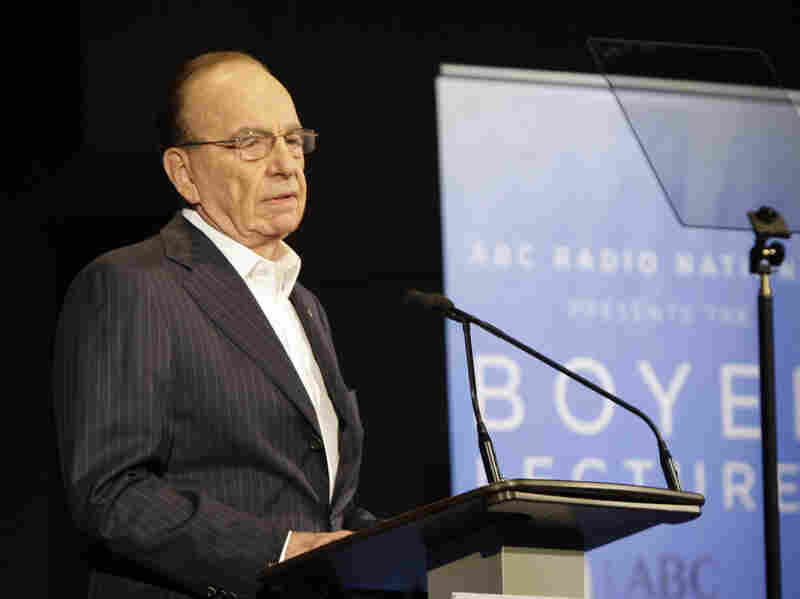 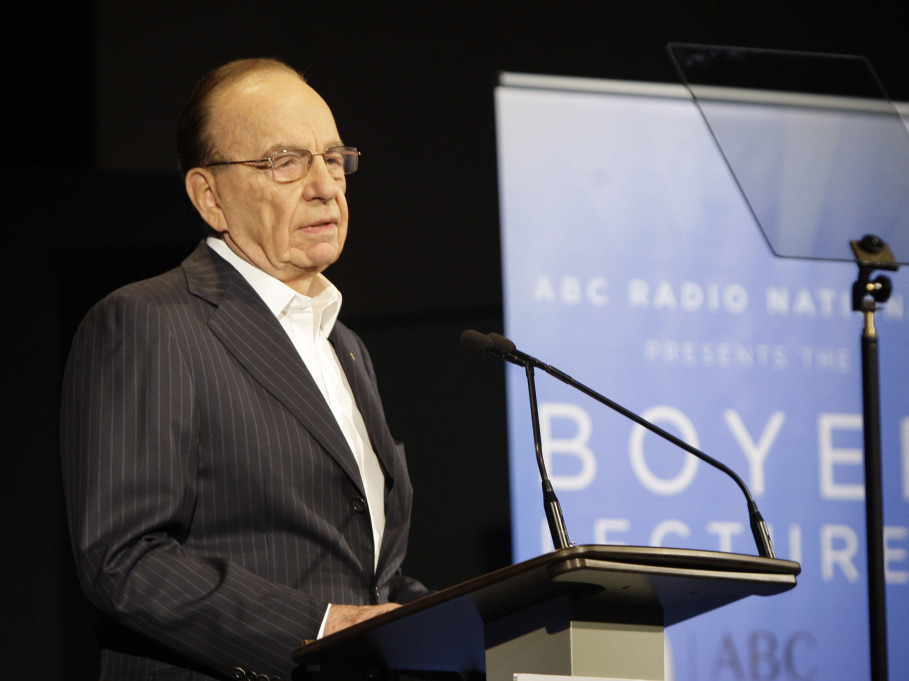 "This property was sold to pay off the debts and the estate duties, the taxes that were payable so Rupert could inherit the Adelaide News in Adelaide with relatively little debt, a public company, and he could make his way in the world and try and continue the traditions of his father," Mayne said. "And, my goodness, hasn't he done that?"

Sometimes soft-spoken but invariably hard-driving, Rupert Murdoch acquired major newspapers in every Australian state. He bought TV stations and established the first truly national daily. Murdoch, his relatives and corporate executives declined to be interviewed for this story, but he spoke to the Australian Broadcasting Corp. for a 2001 documentary.

"I don't know of any son of any prominent media family who hasn't wanted to follow in the footsteps of his forbears," he said. "It's just too good a life."

Mayne, my guide around Melbourne, has become a critic of Murdoch and News Corp. He sees present-day parallels in Sir Keith's dealings. For example, he acquired a stake in one of his company's profitable papers while serving as a top executive at that same company. By modern lights, that could be considered a conflict of interest.

"I do sometimes feel uncomfortable when people say, 'Oh, you know, Rupert's so wonderful. You must be so proud. He's a great man' — a lot of those people think it's because he's made money. That's not greatness; it's part, perhaps," Dame Elisabeth said. "It's very satisfactory if you do very well and are so-called — this dreadful word — 'rich.' The point is what you do with it."

Murdoch started acquiring British media outlets in the late 1960s and then expanded into the U.S., ultimately becoming an American citizen. By 2004, he pulled News Corp. from Australian exchanges and listed it in New York.

"I don't want to pretend this is a guy who went from rags to riches, but he was gifted one newspaper in Adelaide, which is one of the smallest cities in this country," says Andrew Jaspan, former editor of Fairfax Media's Melbourne Age, who worked for two Murdoch papers in the U.K. "So he's perceived as a real success story — a guy who started with one paper and built a global empire. From that perspective, he's seen as a bit of a hero."

"However," Jaspan adds, "against that, there is a feeling that he has undue influence in this country."

Murdoch typically visits Melbourne once a year to see his mother, now 102, on her farm estate an hour outside the city. And indeed, Samuel says it is largely Dame Elisabeth's philanthropy that still binds the city to the family.

"For Rupert, I think it's a combination of goodwill" and "fear that's being created by the sheer omnipresence of the Murdoch family and the Murdoch press," Samuel says.

And though he hasn't lived there for decades, Murdoch casts a strong shadow, as he showed last fall, when he returned to the country to sack the chairman and CEO of the company's newspaper division there. He took the title of chairman for himself. Rupert Murdoch reminded Australians who runs the show.