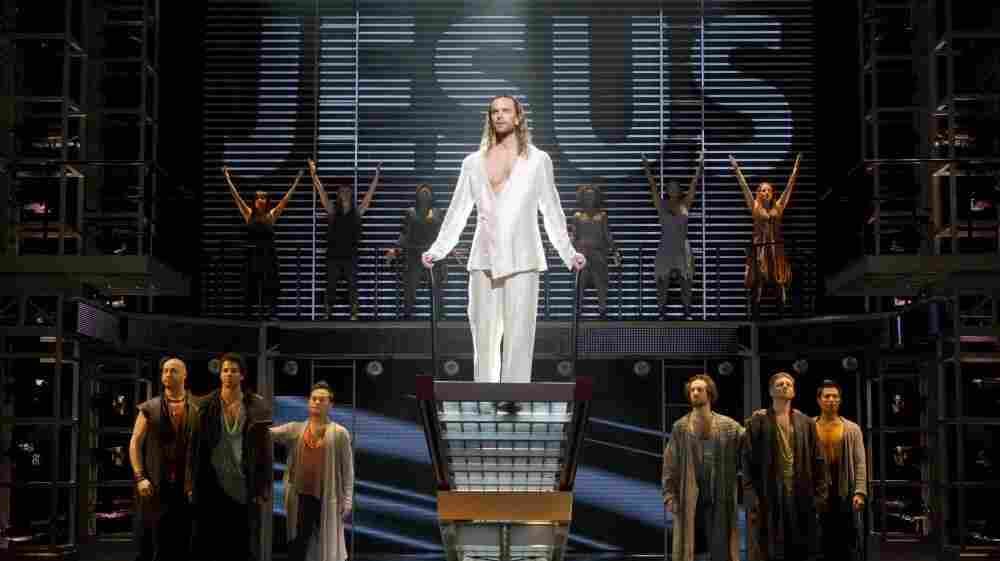 Since they made their debut in 1971, it's been rare for Andrew Lloyd Webber and Tim Rice to not have a show on Broadway. But now they're ramping it up, with the opening of Evita following fast on the heels of Jesus Christ Superstar.

"It's actually just a coincidence as far as I can tell, because the two shows came from totally different sources," Rice says. "And by sheer chance, they've arrived within two or three weeks of each other on Broadway, which is fun!"

They're fancier now — Lord Andrew Lloyd Webber and Sir Tim Rice — but when they wrote these shows they were just Andrew and Tim, a couple of young, hungry songwriters who wanted to bring a rock 'n' roll energy to the musical stage. 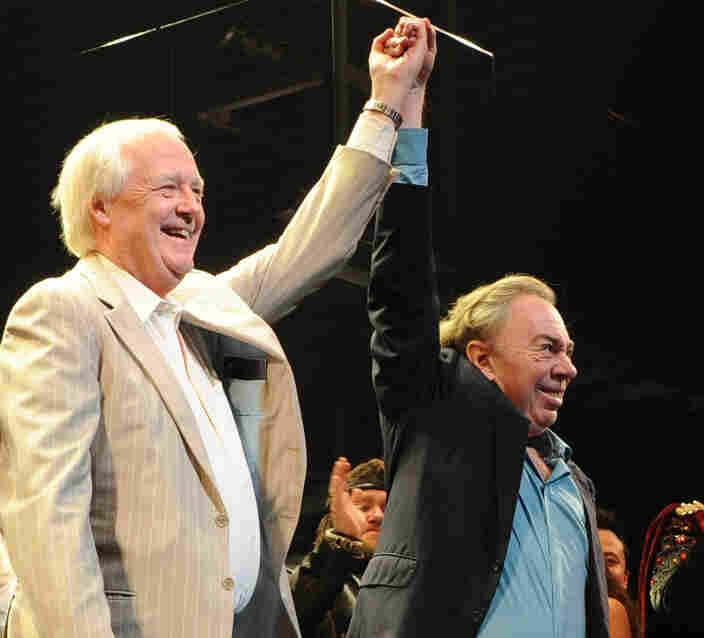 Rice and Lloyd Webber were in their 20s when they wrote Jesus Christ Superstar. They met through a mutual acquaintance when they were teenagers, and wrote a little 20-minute school cantata called Joseph and the Amazing Technicolor Dreamcoat, which got them some notoriety. Lloyd Webber says they decided their next project would be biblical, too.

"We were toying around with various subjects, and I think it was the dean of St. Paul's Cathedral who said, 'Why don't you think about the story of Jesus?' " Lloyd Webber recalls. "And we kind of toyed with it and then thought, 'Maybe yes, maybe no.' "

Rice says what eventually made it a yes was a brainstorm: the idea of telling the story from Judas Iscariot's point of view.

"It's logical that he might've been worried about the man that he admired, and had joined, [that he] was kind of getting out of control," Rice says. "In the Bible, there is absolutely no motivation for Judas, other than that he is sort of a 100 percent figure of evil. And it seemed to me that that was probably not the case."

But both men say their idea was roundly rejected by theater producers, so they convinced their record company to release the musical as a double album.

Lloyd Webber: 'Let's Give These Kids Some Money'

Rice On Making Jesus A 'Superstar'

Rice: 'We Have Slightly Different Tastes'

Rice: 'She Glamorized Herself'

"Thank God we did, because the fact that we made Superstar initially for record meant that we cut out the book," Rice says. "We hadn't actually written a book, but we were thinking of having a chat, so it might've been 'Hey, Judas, take a seat,' or whatever. I mean, it could've been awful. It worked so much better and was much less pretentious, if it was a sung-through work."

The record was a No. 1 hit in the U.S., and all of a sudden those producers who had rejected the show were clamoring to stage it. It got a rock arena tour, Broadway and West End productions, and was turned into a movie. And it has never really disappeared from stages around the world.

'I Thought We Were One-Hit Wonders'

It took the team more than half a decade to come up with their next show, Evita.

The idea of doing a show about Eva Peron, wife of the Argentinian fascist dictator Juan Peron, came by coincidence — Rice heard a BBC radio documentary about her while driving to a dinner party. He decided to do some research, and found himself fascinated.

"I thought the idea that this woman of 33, who was from the sticks — working class, illegitimate — could've become the goddess of this big nation was quite extraordinary."

The revival stars Elena Roger, an Argentine actress, and Puerto Rico-born superstar Ricky Martin. Lloyd Webber says that when he wrote the score, he didn't know a lot about Argentine music. 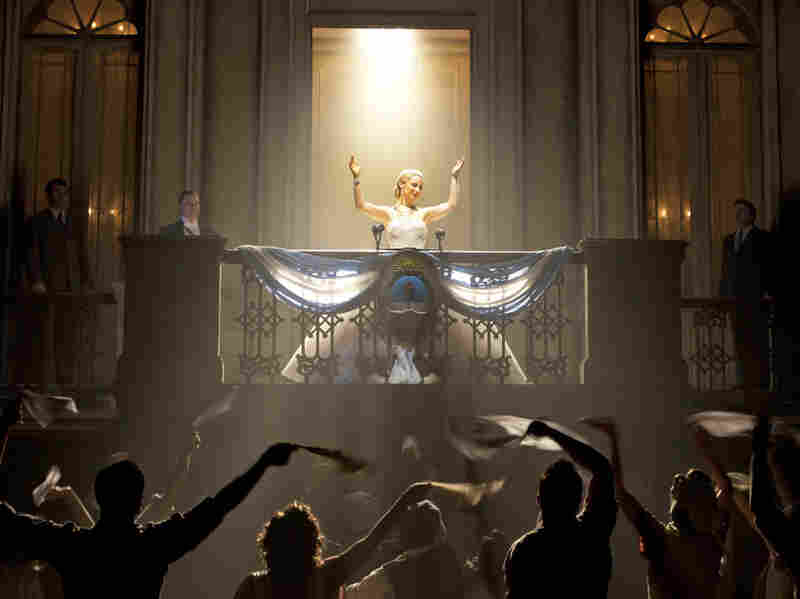 "Although I tried to write 'Don't Cry for Me, Argentina' as a tango, and I did various other things, I can't say that I knew that much about it," he says. "So, when the chance came up to re-orchestrate it, by that time of course I was a lot more familiar — and so I've been able to do various things in the orchestrations that use some of the conventions that are in Argentine cafe music."

So the revival has a lot more accordion, guitar and tango rhythms.

After Evita, the two songwriters have worked only occasionally on some songs, but both get excited when asked about new projects with other collaborators. Rice has almost finished work on an adaptation of From Here to Eternity; Lloyd Webber has an idea for a new show based on the 1963 Profumo Affair — a sex-and-politics scandal that all but brought down the British government.

"It's such a kind of improbable idea for a musical that it intrigues me," he says.

Improbable indeed — much like a rock opera about Jesus Christ, or a Broadway musical about Eva Peron.