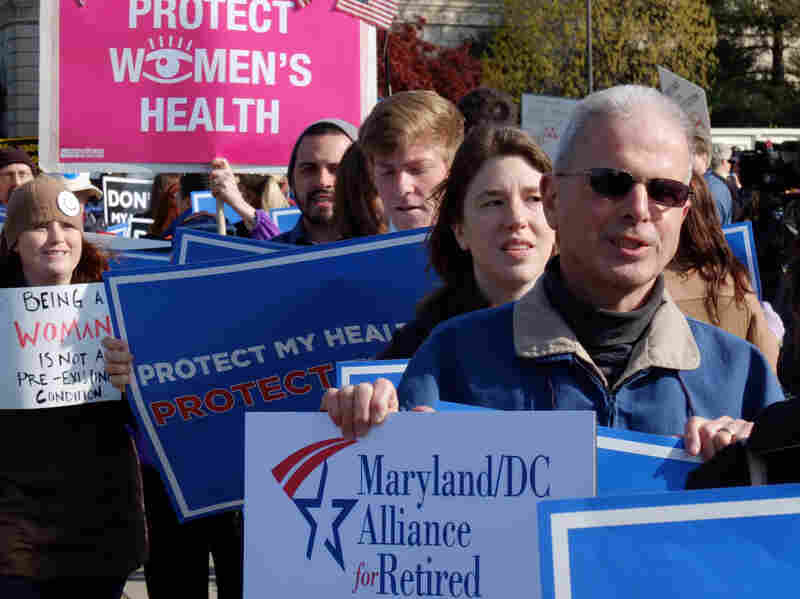 Obamacare supporters shout slogans outside the Supreme Court on the third day of oral arguements over the constitutionality of the Patient Protection and Affordable Care Act on March 28, 2012 in Washington, DC. Mladen Antonov/AFP/Getty Images hide caption 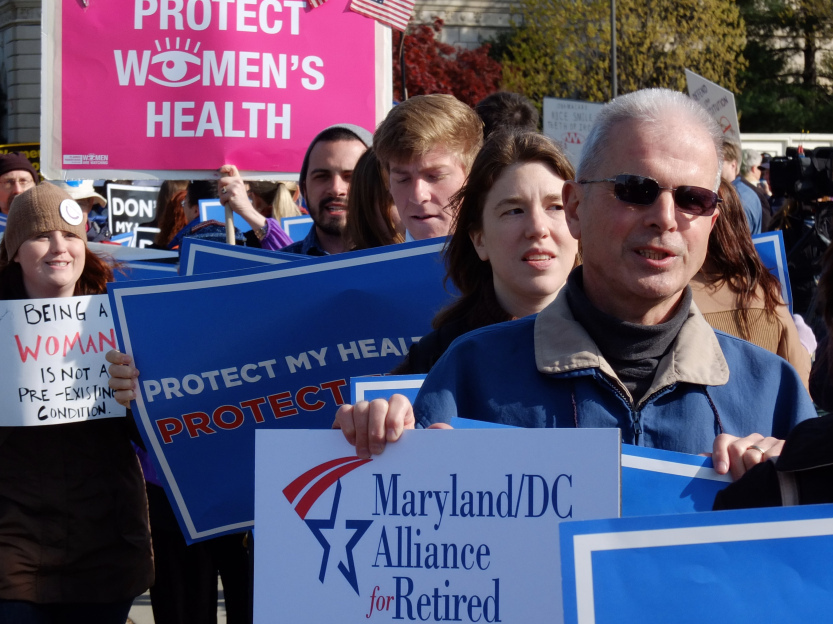 Obamacare supporters shout slogans outside the Supreme Court on the third day of oral arguements over the constitutionality of the Patient Protection and Affordable Care Act on March 28, 2012 in Washington, DC.

Read Another Opinion On Obama, The Supreme Court, And The Affordable Care Act

Read Another Opinion On The Affordable Care Act

Aziz Huq is an assistant professor at the University of Chicago Law School.

Three days of oral argument over the Affordable Care Act at the Supreme Court made one thing clear: The Court doesn't feel bound by existing doctrine and practices. If it did, as judges and scholars of many ideological hues have explained, the individual mandate's constitutionality would hardly be a question. Instead, the Court may be ready to embark on a dramatic reconstruction of federal-state relations in favor of narrow reading of Congress's power to regulate "inter-state commerce," and, in particular, the use of that power to regulate that matters that are not "commerce" in the most banal and obvious sense.

Concerns about the health-care law are often framed in terms of liberty from government regulation. At Tuesday's oral argument, for example, Justice Kennedy expressed a concern that the mandate "changes the relationship of the Federal Government to the individual in a very fundamental way." Presumably, then, striking down the mandate would preserve an individual's insulation from federal control.

Even if you accept Justice Kennedy's concern — and we'll get in a moment to why you might not want to do so — this argument doesn't convince. In this case, the Court has been asked to contract the federal regulatory power to provide for a kind of social security; that is, against risks such as illness, poverty, and joblessness. But the very Justices who seem most eager to limit the government's power in this domain have shown no inclination to check its national security powers — powers that pose more immediate risks of intrusions on individual liberty. The peculiar result of a decision invalidating the law would be a government barred from saving its citizens from catastrophic health crises, and yet perfectly able to track, surveil, and perhaps even detainthem within only thin judicial review. Federal officials seeking to exercise regulatory power in the future would have a perverse incentive to garb their programs in the mantle of national security.

Such a lopsided constitutional constraint would not produce more freedom. It would instead result in a different distribution of freedom the day after the Court's decision. It would foster a federal government empowered to provide a kind of security most valued by the well-off (who, after all, can't get afford their own armies — yet), yet unable to provide meaningful security for the most disadvantaged from the threats of illness, poverty, and exploitation.

But it's not clear that we should accept Justice Kennedy's claim about the law's effect on its face. That is, even if the short-term effect of invalidation would be to make federal social programs more difficult to enact, it may be that Congress's power to regulate individual decisions in the same fashion as the individual mandate, without calling it that, may not be significantly diminished in the long term. Invalidating the mandate therefore would be less important for the durable limits it imposes on federal power, and more important for dealing a political blow inflicted on President Obama. If that is so, it is hard to see how invalidation can be defended as anything more than a partisan strike.

Everyone now seems to agree that Congress's power under the Commerce Clause of Article I of the Constitution to enact the mandate is the main issue raised by the case. It also appears that that the Court will not consider justifying the mandate on the basis of any other constitutional provision. Yet no one disputes that Congress could have imposed precisely the same mandate using its separate constitutional power to raise taxes, simply by clearly invoking that authority in the law's text. Notice that the mortgage-interest tax deduction operates in precisely this way to much the same effect — changing private incentives through a tax penalty — and does so often with a larger fiscal impact than the mandate. Moreover, it is hard to see why Congress could not use its taxing and spending powers to enact and fund a single-payer system. The result might, from a libertarian perspective, be an even more intrusive federal intrusion into individual lives.

Compounding the partisan effect of the decision, Justices Kennedy and Scalia have suggested that if the Court finds the mandate unconstitutional, it should invalidate the whole Act. They claim that's more "democratic" than picking and choosing through the law's many provisions. Their argument that papers over the fact that Congress's partisan make-up is simply not going to respond to invalidation by enacting any new legislation. Under these political circumstances, wholesale invalidation would distort, not enable, the expression of democratic preferences in a distinctly partisan way.

The partisan blush of a prospective invalidation hides a further irony. As is well known, the mandate began as the brainchild of the Heritage Foundation. Political opponents of the law overlap substantially with supporters of President Bush's plan to privatize social security — which, if Congress were unable to require individuals to purchase health insurance, should equally be unconstitutional. Perhaps the deepest paradox of the case is the willingness of the healthcare law's opponents to sacrifice the very free-market principles they hold dear for the sake of fleeting political advantage.

If there's an upside to a possible invalidation of the individual mandate, it's that such a decision will be a teachable moment — a time to reengage the public on the reality of the federal courts. It will inevitably cast the Court in a harsh partisan light, highlighting the federal bench's shift to the right in recent decades and raising doubts about the right's hypocritical charges of judicial activism.

Progressives must be ready to put an adverse opinion to work as evidence of how much there is to be done in getting the Constitution, and the courts, to function again for all of us, and not just the privileged few.