Accessibility links
Movie Review - 'Keyhole' - Guy Maddin, Looking Through (And Into) The Past Canadian director Guy Maddin riffs on the story of Ulysses and pays homage to the history of cinema in a fiercely stylized film — in which dreams and reality, the living and the dead all exist in a single plane.

'Keyhole': Looking Through (And Into) The Past

'Keyhole': Looking Through (And Into) The Past 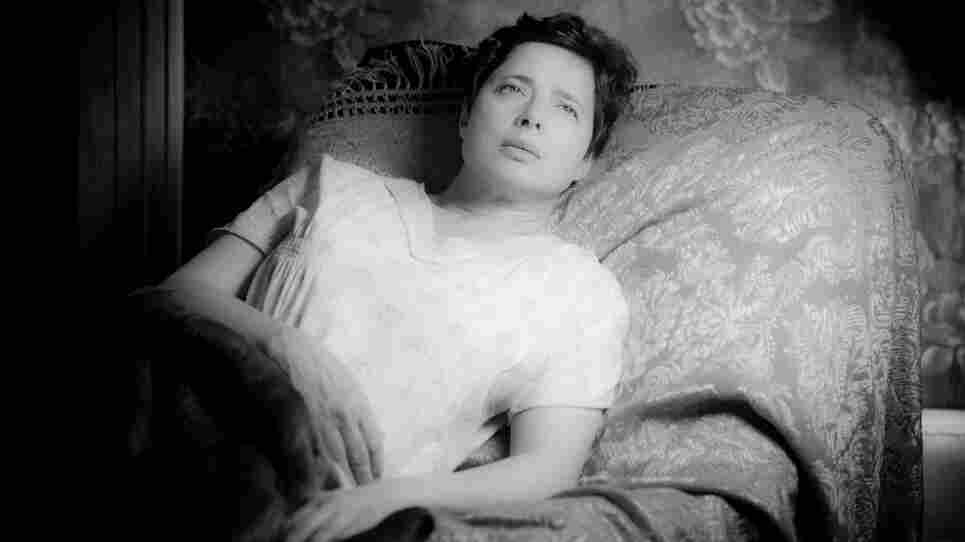 "This kind of weather stirs me up," growls Ulysses, as he looks with caged-tiger menace out of rain-streaked windows at the strobing, manic lightning outside.

As embodied in the chiseled good looks of actor Jason Patric, Ulysses himself is a picture of old Hollywood masculinity, so tough and unwavering that surely only the most primal forces of nature could match him.

Of course that kind of heightened language and self-serious conceit are products of another cinematic era and seem dangerously close to parody when employed today. Not so in Keyhole, where Canadian director Guy Maddin continues to straddle the line between opaque artistic symbolism and accessible playfulness as he indulges his fascination with both the beauty and the stylistic excess of early cinema.

After an opening-credits montage that gives quick glimpses of a cops-and-robbers shootout and getaway, a band of '30s-style film-noir crooks find themselves gathered at a rendezvous point, the old house belonging to their boss — the cruelly charismatic Ulysses.

Maddin wastes no time getting across that this world doesn't bear much resemblance to ours: The thieves separate the living from the dead by asking the dead to go stand against the wall with their backs to the room. The dividing line of mortality doesn't mean much here, and when Ulysses arrives, he has with him a blind woman, Denny (Brooke Palsson), who is slowly dying by drowning — despite the fact that she's walking around the house. 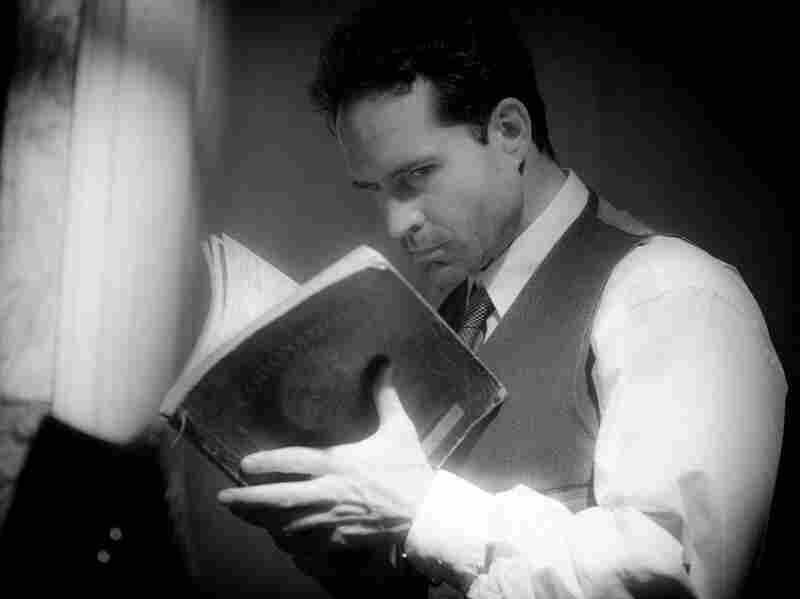 As Ulysses (Jason Patric) moves through both the house he seems to command and the past he never quite can, Keyhole becomes a kind of quest for closure — for him, and for its director as well. Monterey Media hide caption 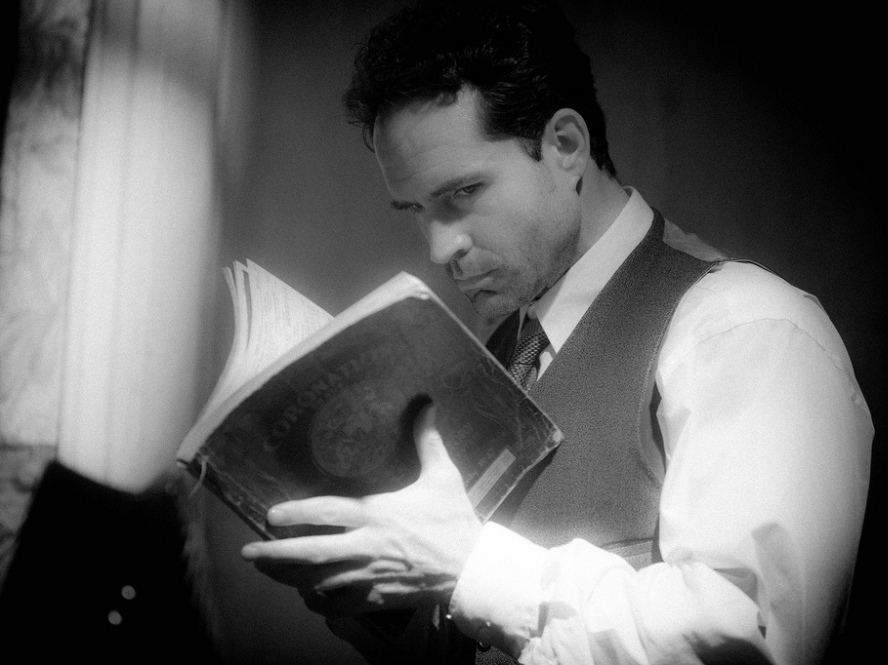 As Ulysses (Jason Patric) moves through both the house he seems to command and the past he never quite can, Keyhole becomes a kind of quest for closure — for him, and for its director as well.

Ulysses, whose name is no accident, will turn out to be on a Homeric odyssey through this house, with Denny as his blind oracle. As he goes from room to room, he is greeted with obstacles and the ghosts of his past, leading eventually to the bedroom he shared with his now-dead wife, Hyacinth (Isabella Rossellini). She waits there as a ghost, with her naked father chained to the bed and her lover lurking in the shadows.

Keyhole makes an interesting companion to Maddin's last film, the autobiographical docu-essay My Winnipeg, in which the director attempted an escape from the city where he's lived his whole life by trying to confront pivotal moments from his upbringing. To do so, he employed actors to recreate scenes from his memories in the house where he grew up.

This film is in many ways the narrative equivalent to that same impulse. Ulysses is on the same kind of march through his past, the same quest for closure, dredging up the literal and figurative ghosts of his history. Dreams and reality, life and death, all exist on the same plane here, superimposed on one another in the same way that Maddin likes to composite multiple images into a single frame.

Though this is Maddin's first feature to be shot digitally, that signature visual style is still intact. Shooting in stark black and white, he edges the frame with gauzy blurs and employs ghostly overlapping images, using jagged quick cuts and lighting that stays in dizzying motion to heighten the dreamlike disorientation.

The immediately noticeable difference is a newfound clarity, which can be jarring coming from a director with such a fetishistic attachment to cinema's past. Here, he abandons the warm and organic chemistry of the high-grain 8 and 16 mm film stocks that he often favored for the cold clarity of digital.

But the expressionistic hyperstylization never seems like an end in itself. Maddin looks to the past of film the same way he often obsessively examines his own, and the two can't really be separated. Just as Ulysses illustrates the reflective nature of his journey by constantly turning back the hands of the house's clocks, each film of Maddin's is a reset button for the past. The director operates like a ghost himself, going back over his personal history and the history of cinema in an endless loop until he gets them right.