Accessibility links
Feds Interview New Witnesses In Polar Bear Probe The interviews are part of an ongoing investigation of government scientists who described seeing dead polar bears in Arctic waters in 2006. Investigators were apparently interested in archived aerial surveys, suggesting their probe remains focused on the scientific integrity of the 2006 paper. 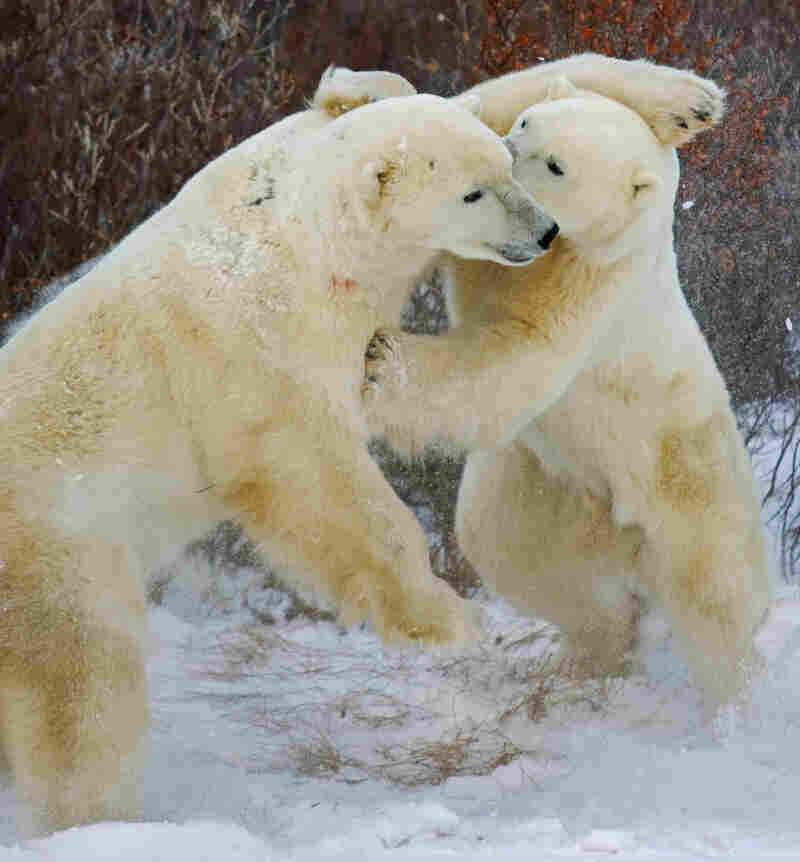 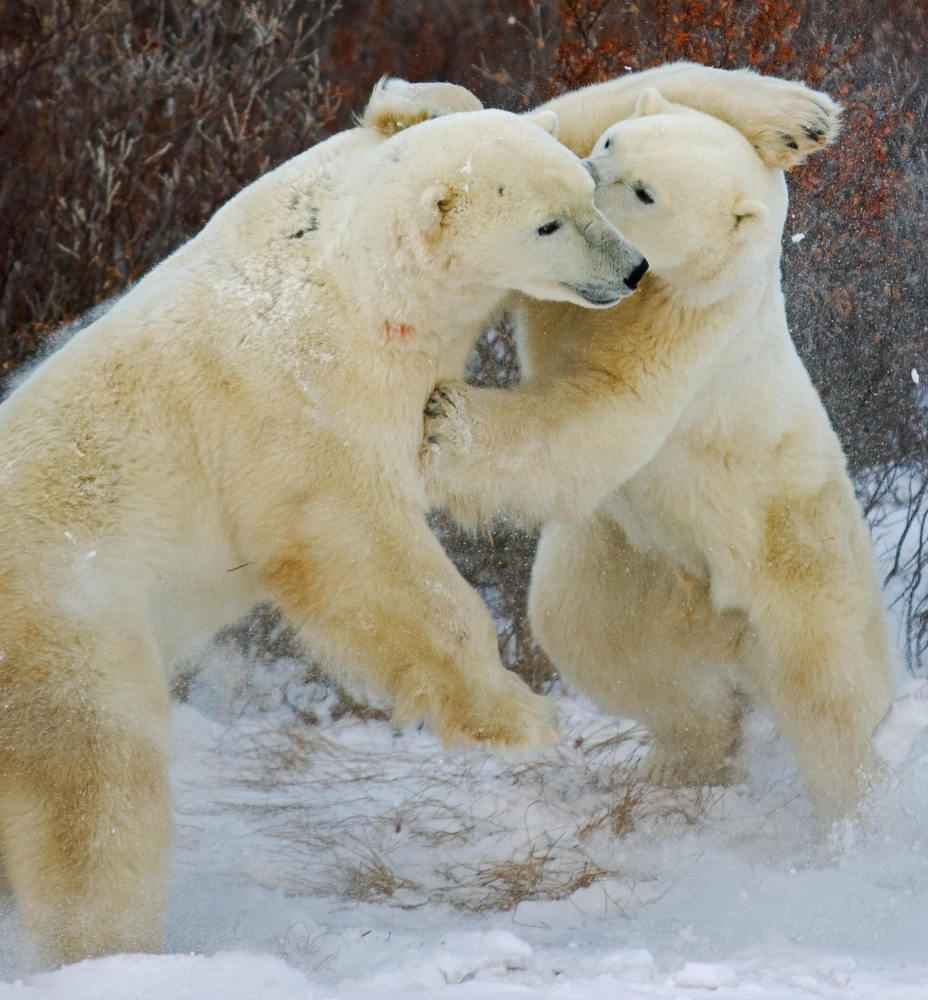 Two polar bears spar on the shoreline of the Hudson Bay in November 2007.

Federal agents interviewed new witnesses this week in an ongoing investigation of government scientists that's been called "polar bear-gate," according to the scientists' lawyer.

The apparently drowned bears raised concerns about the effect of melting ice in the Arctic, and they were mentioned in Al Gore's movie An Inconvenient Truth. Critics say the current probe is a witch hunt being conducted because the dead polar bears became potent symbols of climate change.

Earlier this week, the Department of the Interior's Office of Inspector General interviewed employees of the National Marine Mammal Laboratory in Seattle, says Jeff Ruch of Public Employees for Environmental Responsibility, who is providing legal representation for Monnett and Gleason.

Investigators were apparently interested in archived data from aerial surveys of bowhead whales. It was during one of those routine surveys in 2004 that Monnett and Gleason saw four bear carcasses floating in open water, according to their report in the journal Polar Biology. They stated that, in earlier surveys from 1987-2003, "no dead and floating polar bears were observed."

In January, special agent Eric May wrote an email to John Bengtson, the director of the National Marine Mammal Laboratory, and listed some questions he wanted to ask about the historical database on the whale surveys: "Specifically, we need to determine if dead polar bears were documented in the BWASP database between 1987-2003?" The email was obtained by PEER through the Freedom of Information Act.

More From The Investigation

Bengtson, when asked in late March about being contacted by the inspectors, told NPR via email, "Because this is an ongoing investigation, I have been advised that it would be inappropriate for me to respond to your questions."

The recent inquires by the Office of Inspector General suggest that the investigation remains focused on the scientific integrity of the polar bear paper, after veering into questions about whether Monnett violated laws that govern the management of federal contracts. Ruch has said his client's actions related to contracts were consistent with standard procedures in his office.

The scientific integrity allegations regarding the journal article stem from a complaint made by a Department of the Interior employee in March of 2010, according to an August 2011 letter from the Office of Inspector General to Sen. James Inhofe, R-Okla., who had requested information on the probe.

The letter noted that although the office would like to be able to respond to allegations made by PEER and other outside entities, it could not do so until the investigation was complete, because to do otherwise would be unfair to all parties involved.

"As we have done in many previous cases, we will issue our final Report of Investigation only when the investigation is complete, regardless of notoriety or public pressure," the letter stated.