Accessibility links
Goodbye, Manischewitz; Hello, Cabernet? These days, there are hundreds of quality kosher wines, so there's no need to dread the four glasses involved in the ceremonial Passover Seder. Host Michel Martin discusses the expanding world of kosher wine with Rabbi Shmuel Herzfeld of the National Synagogue, and wine aficionado Yossie Horwitz. 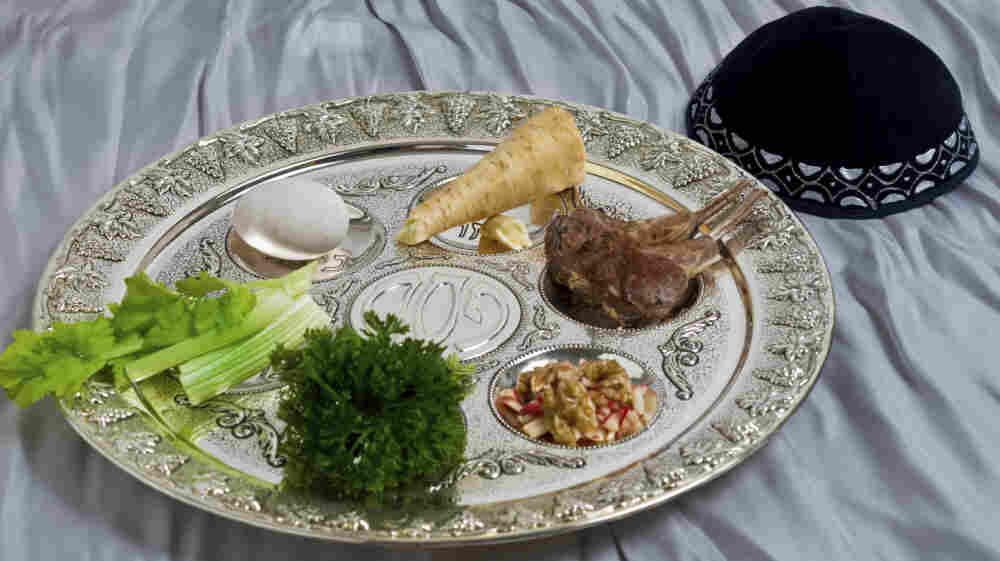 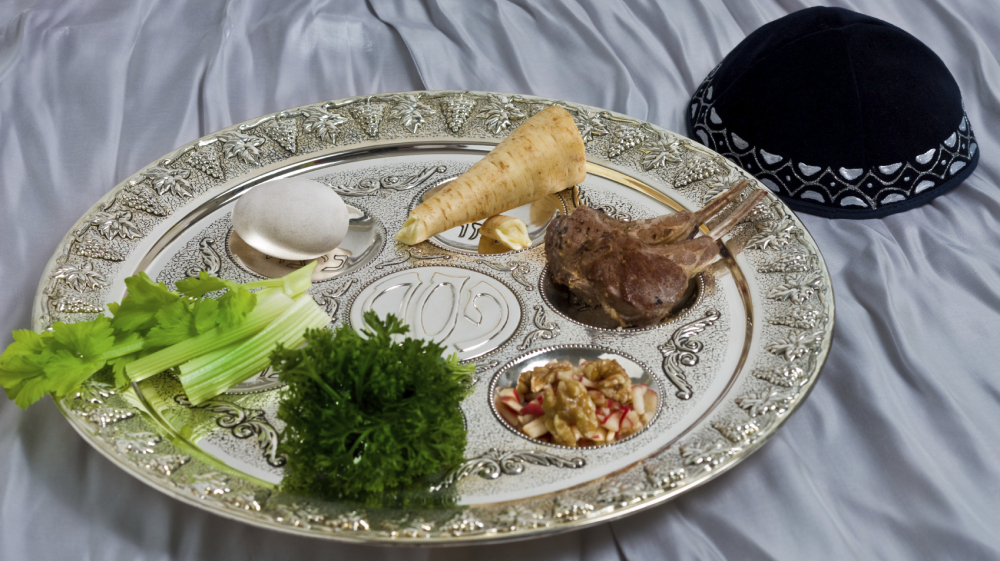 On Friday, many Jewish families will mark the first night of Passover with a special Seder dinner. During this ceremonial meal, family members retell the story of Exodus.

"Passover is the night when we celebrate our redemption from Egypt many years ago," Rabbi Shmuel Herzfeld of Ohev Sholom, the National Synagogue, tells NPR's Michel Martin.

Herzfeld says wine plays a large role in the Seder dinner because Passover is meant to be a joyful time when Jews celebrate their freedom from bondage. For each of the four major rituals, participants drink one glass of wine.

In the past, the options for kosher wine were limited and didn't exactly thrill wine lovers. But kosher wine enthusiasts say all of that has changed, and now there are hundreds of options from around the world. 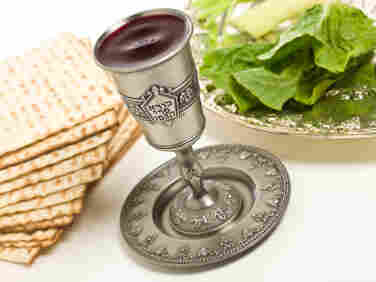 A kiddush cup, Seder plate and matzo for Passover. Words from the traditional Hebrew blessing of the wine are written on the cup. Liudmila Chernova & Vlad Chernov/iStockphoto.com hide caption

Kosher wine aficionado Yossie Horwitz gives a general idea of what many observant Jews look for in this wine.

He says there are two basic requirements: From the time the grapes arrive at the winery to the time the wine is bottled, everything must be handled by Sabbath-observing Jews. Also, every ingredient in the wine needs to be kosher.

Observant Jews also believe that if a non-Jew opens and serves a bottle of wine, it's no longer kosher. To get around that rule, Horwitz says, there's a concept called mevushal, which in Hebrew literally means "cooked."

"If the wine has been boiled, then any person can handle the wine without rendering it unkosher," says Horwitz.

He adds that, over the years, winemakers have developed flash pasteurization techniques that have very little effect on the taste of the wine.

Why The Bad Reputation?

The "kosher wine revolution," as Horwitz calls it, has been a long time coming. He says options for kosher wine have been increasing for the past 30 years mainly because of growing demand by more sophisticated kosher wine consumers. 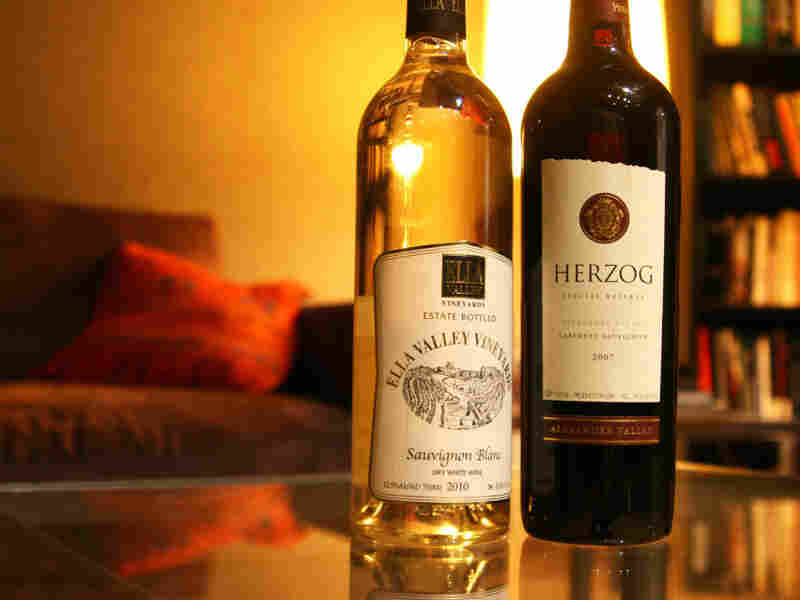 The sauvignon blanc 2010 (left) is from the Ella Valley Vineyards in Israel and has a fresh, vibrant and fruity flavor. The Herzog 2007 Special Reserve cabernet sauvignon (right) is from the Alexander Valley of California. It's a mevushal bottle that remains kosher even if served by a non-Jew. Amy Ta/NPR hide caption 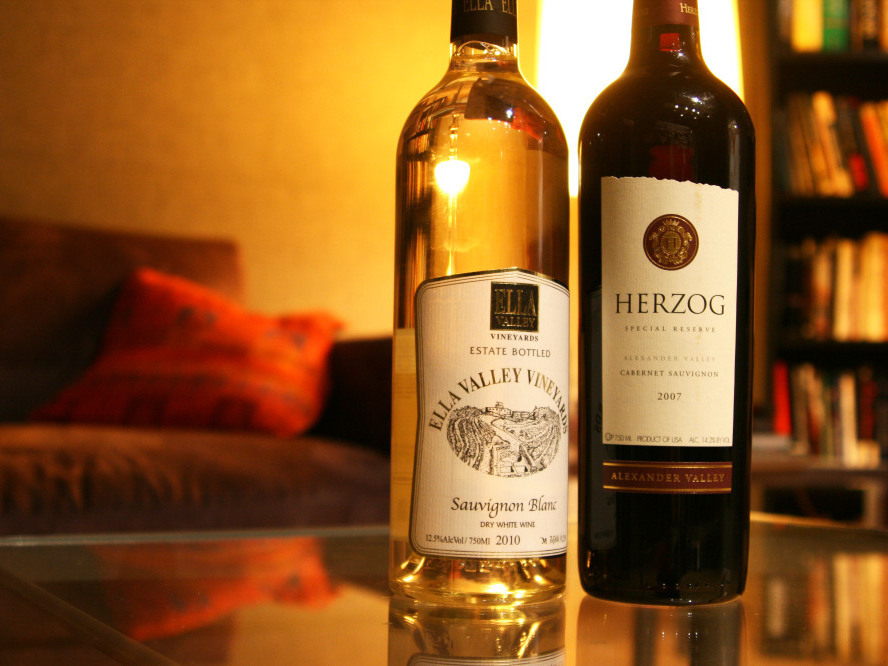 The sauvignon blanc 2010 (left) is from the Ella Valley Vineyards in Israel and has a fresh, vibrant and fruity flavor. The Herzog 2007 Special Reserve cabernet sauvignon (right) is from the Alexander Valley of California. It's a mevushal bottle that remains kosher even if served by a non-Jew.

Horwitz says that for most people who do not drink kosher wine on a regular basis, their idea of kosher wine is Manischewitz. And that wine can be sweet, thick and "not exactly what you would serve with a fine meal."

Horwitz says he maintains a high bar when it comes to kosher wine. He is a regular judge for Jewish Week's annual Kosher Wine Guide, and in the past year he sampled more than 700 kosher wines, he says.

Adds Herzfeld, "Yossie told me that he only serves wine at the Seder that he would serve to the Messiah when he comes."

But for those sitting at the Seder table who would rather pass on wine altogether, the rabbi has an alternative: grape juice.

"If you can't drink wine, then you can drink grape juice and you can fulfill your commandment and the ritual requirement to drink wine," Herzfeld says.