Accessibility links
Movie Review - 'We Have A Pope' - The Vatican is thrown into crisis when the just-elected pontiff doubts he can do the job. NPR's Bob Mondello says We Have A Pope director Nanni Moretti leavens the institutional and emotional stress with humor, and star Michel Piccoli delivers a sweetly sympathetic performance. (Recommended) 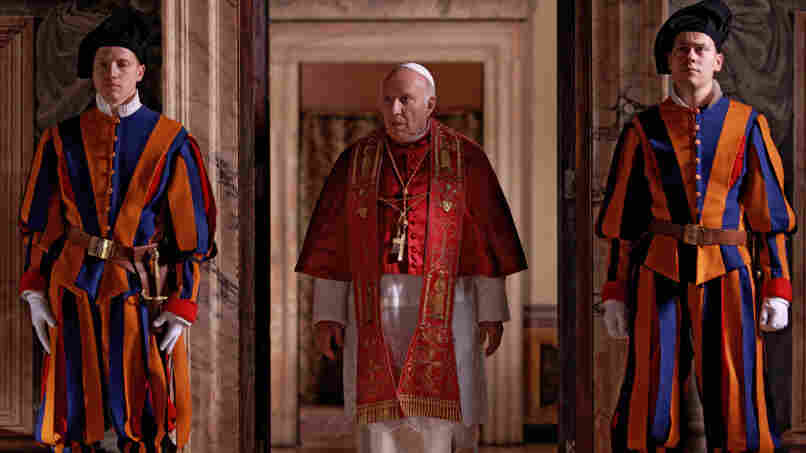 Heavy Lies The Head That Wears The Mitre: Michel Piccoli plays Melville, a cardinal unexpectedly elected pope who falls into an existential crisis before he can make his first papal address. IFC Films hide caption

We Have A Pope

Not rated; no violence or sexuality

In Italian with subtitles

When the College of Cardinals gathers in the Vatican to choose a new church leader — formally the Bishop of Rome — it announces its selection with the Latin phrase "Habemus papam" ("We have a pope").

But suppose that, when a cardinal steps out onto a balcony in St. Peter's Square to utter those fateful words, the gentle soul in white sitting behind him, out of sight of the crowd, develops stage fright.

That's basically what happens in Nanni Moretti's gently humane comedy about a humbled elderly gentleman and the institution his doubts put in crisis. The abilities the cardinals see in him, he doesn't see. So he buries his head in his hands, mutters "I can't do this," and runs down the hall.

A sign of humility? Well, that's how it's spun by the Vatican's spokesman, who describes the new pope as having retired to his chambers for prayer and contemplation. But a psychiatrist is also called — wouldn't you know, a nonbeliever — who's thoroughly intrigued by this assignment, but somewhat hamstrung by instructions that he must not so much as mention dreams, fantasies, parents, childhood or heaven forbid sex. So he cuts to the chase: "Do you want to be pope?"

Then comes a more worldly problem. While taking a walk after a psychiatric session, the pope, who has still not been introduced to the world, gets away from his handlers and disappears into the streets of Rome. After a moment of panic, the church's spokesman bids for time. One of the pope's Swiss Guards is quickly installed in the papal apartment, so the cardinals will see his shadow in the window and not worry. Meanwhile, the new pontiff is off somewhere among his flock, incognito, practicing a speech he doesn't want to make. 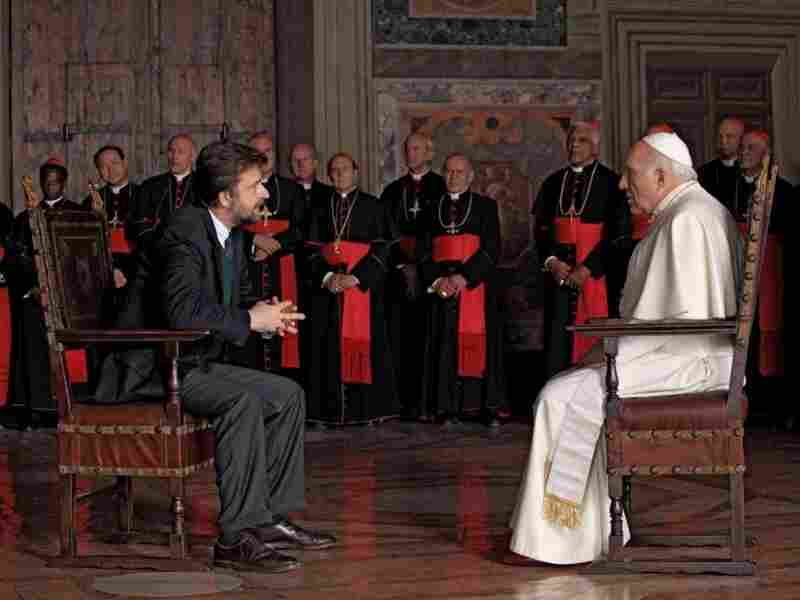 The great French actor Michel Piccoli is sweetly sympathetic as the man who would not be pope, and director Nanni Moretti has cast himself as the agnostic psychiatrist who kind of enjoys butting heads with cardinals, though not so much being sequestered with them.

Though Moretti's films have ranged from wrenching drama to political satire, he's widely thought of as the Italian Woody Allen, and here he leavens institutional and emotional stress with plenty of smiles — as when that Swiss Guard in the papal apartment cues up a Mercedes Sosa record on the stereo, and soon has the cardinals across the piazza clapping along contentedly and swaying like kids at a concert. The pontiff's mood must have lightened, they figure, as a lyric wafts down that means "Change ... everything changes."

Oddly enough, miles away, the new pope is listening to this same song, but sung by a young woman on a street corner — evidence of God's grace, perhaps. There's nothing in We Have a Pope that's likely to offend, much that will amuse, and also quite a bit of effective design work. It can't have been easy to create such a persuasive Sistine Chapel in a film studio, or to populate it with quite so many exquisitely robed cardinals.

All this production work, mind you, and a few achingly anguished scenes, will suggest that Moretti meant for the film to be more substantial than it mostly feels. Despite moments that strain awfully hard to remind us that the church and its new leader are in crisis, it's basically habemus comoedia. We have a comedy. (Recommended)