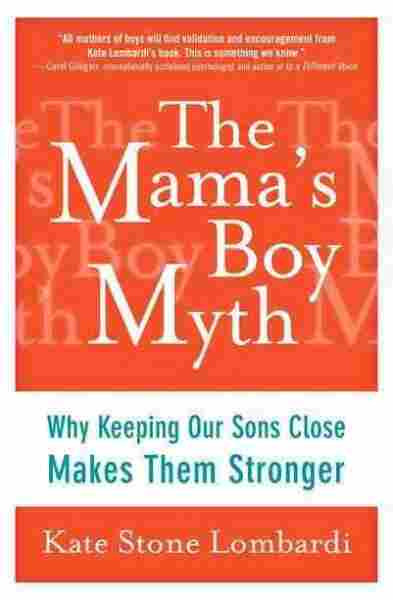 Why Keeping Our Sons Close Makes Them Stronger

There are plenty of pop culture references to the dangers of a close mother-son relationship. From the myth of Oedipus to the movie Psycho, narrative after narrative harps on the idea that mothers can damage their sons, make them weak, awkward and dependent.

But for millions of men, the opposite has turned out to be true, author Kate Lombardi tells NPR's Laura Sullivan. Lombardi — a mother herself — is the author of the new book, The Mama's Boy Myth: Why Keeping Our Sons Close Makes Them Stronger.

Lombardi's own relationship with her son was a major inspiration for the book. "For a long time, I thought that what we had was kind of unique," she says, "that I was somehow blessed with this especially sensitive, caring boy." But in her research for The Mama's Boy Myth, she discovered that she was far from alone.

Lombardi speculates that it might be Sigmund Freud's Oedipus complex at the back of many parents' minds. "I think some of this fear and anxiety around the mother-son relationship really predates Freud," she says. "But that said, Freud codified it. I was amazed how many moms in 2012 were still bringing up the Oedipus complex."

The stereotype of the unhealthy mother-son relationship is very familiar — a controlling or dominating mother that interferes with her son's life and refuses to let him come into adulthood on his own. But that's not how it has to be to have closeness, Lombardi says.

"A healthy, loving relationship is one where the mom is emotionally supportive of her son. She recognizes his individuality, his sensitivity, and his vulnerability along with his strengths," she says.

The ideal mother-son relationship is one where the mother can and does respond to her son's emotional needs — and perhaps it's not all that different from a healthy mother-daughter relationship, she says.

It often goes awry, though, when mothers of young boys are pressured to let their child learn to cope on his own. One mother Lombardi interviewed related a story where her pediatrician had accused her of "modeling anxiety" while comforting her son after a fall. "We get the strong message that the last thing a boy needs is his mother, when in fact the research shows just the opposite," she says.

The research is actually quite extensive, as Lombardi tells it. Small boys who lack a healthy attachment to their mother are often more aggressive, disobedient and even violent. When boys reach middle school age, the differences are apparent in their views on masculinity. 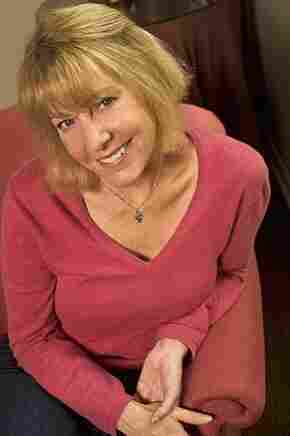 Author Kate Stone Lombardi is the recipient of six Clarion awards. She has written for The New York Times and The Wall Street Journal. Nancy Borowick/ hide caption

"Boys who were closer to their mothers ... didn't think, for instance, that every time you got challenged you had to fight," Lombardi said, "or that being a guy means acting tough or going it alone." A better relationship a son has with his mother translates to better mental health.

As those boys reach manhood, the differences can be many, Lombardi says. For one, they often have an easier time in adult relationships.

"One of the things that moms tend to do with their boys is they teach them emotional intelligence," Lombardi says. "They teach them to recognize their feelings and talk about them."

Take the classic image of a little boy melting down in a grocery store, and the mother responding, "Use your words." Or when the sullen high schooler comes home, slams the door and yells, "I don't want to talk about it!" The mother with the healthier relationship, Lombardi says, can ask her son to cool off and talk it out when he's ready.

Lombardi knows it works — after all, her own son, now 23, now enjoys the benefits of having that healthy relationship while growing up. And now that his mother has shared it with the world?

"He's pretty proud of it," she says. "He's not ashamed of our closeness."

Read an excerpt of The Mama's Boy Myth