Accessibility links
Dismissed: Military Families Reunite, Face The Future After a year in Afghanistan, members of the 182nd Infantry Regiment are returning to their homes in the Northeast. As families and soldiers prepare to reunite, both sides are anxious about what lies ahead.

Back from a yearlong deployment to Afghanistan, the 182nd Infantry Regiment of the Army National Guard had to make a pit stop before heading home. At Camp Atterbury in Indiana, the service members were far from their families, most of which are in Massachusetts and Rhode Island.

The returning soldiers had to go through a series of checkups and assessments before their welcome-home ceremony, which marks the moment they return to civilian life and the people they left behind.

Before they got there, there was anxiety on both sides — for soldiers and their families.

A Family Awaits The Unknown

The 57-year-old mother of three walks up the stairs of her family's rented duplex in Woburn, Mass. She enters the bedroom her 27-year-old son uses, the room he'll come back to when he's home from Afghanistan.

This was Spc. John Nestico's first deployment to a combat zone, and it's been a long year for his mother. She's been doing a lot of waiting. John was based in a remote province in western Afghanistan, so email was intermittent and calls home didn't happen a lot. When he did call, the line was often quiet.

"He didn't ask a lot of questions. There was a lot of dead air between us, where we would just sit, not saying anything," she says. "I'd ask questions, and then he'd usually change the subject."

Nestico didn't tell his mother was that he was in an IED attack during his first mission after he arrived in Afghanistan. No one was hurt, but it haunted him. His mother knew something had changed her son when he came home on leave late last year for a short visit and she saw a tattoo on his back.

Other members of the family are concerned, too.

"He's one of the most important people to me. What he's done ... I could never do it," John's older brother, Frank Nestico III, says

Frank says he's afraid that somehow he'll "say something or do something that will make whatever he's going through worse."

So the Nesticos will take things slowly when John comes home — give him space, let him share his experiences in his own time.

"He doesn't seem like this open person, but he's got the biggest heart," his mother says. "I know it sounds kind of cliche, but he really does. He just doesn't show it." 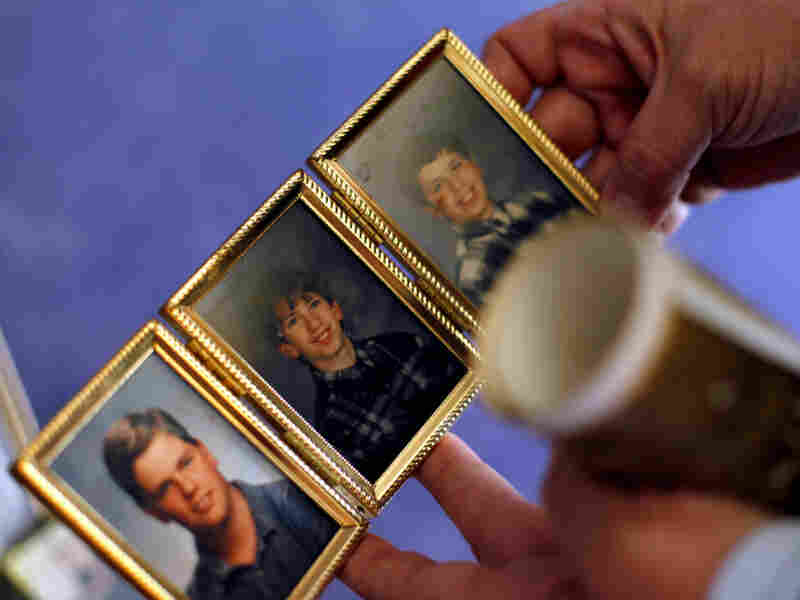 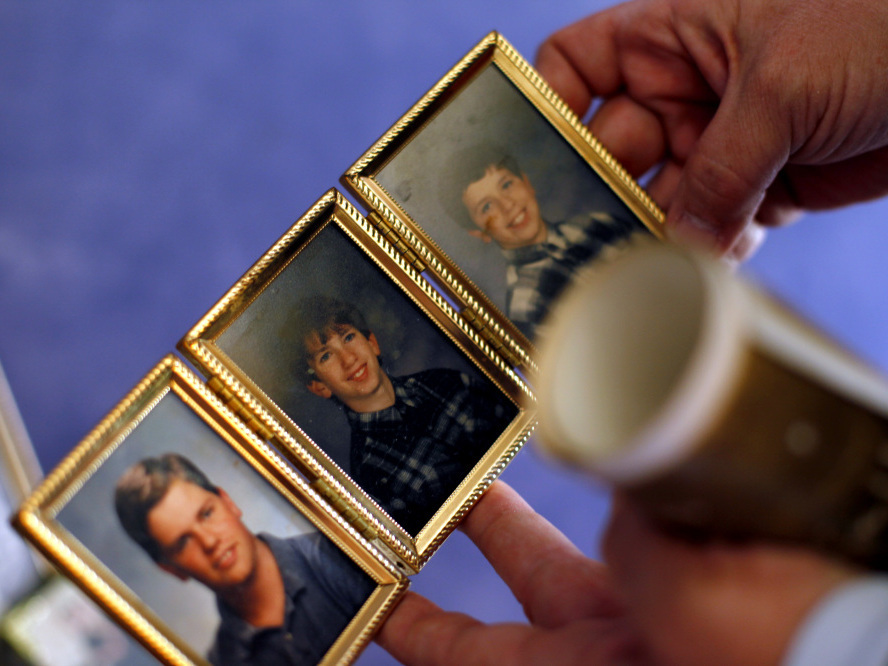 Back at Camp Atterbury, John Nestico is finally getting ready to go home.

While his family is prepping his room and getting ready for him to come home, he's doing his own fair share of worrying in Indiana about what comes next.

Nestico broke up with his girlfriend before he deployed, and he's still not quite over it. His mom lost her job a year ago, so his family is strapped for cash. He is also nervous about reconnecting with old friends when he gets home. On top of all that, he's still coming to grips with the IED attack.

Depression runs in his family, and a mental health care provider at Camp Atterbury told him to seek regular treatment. He's made an appointment with a therapist back home.

"A lot of guys, they're going to go home and they're going to try to de-stress over a bottle or not at all ... maybe people will feel shut out," Nestico says. "People might get depressed. So I figured, why be one of those people?"

Carrying On At Home, Alone

All soldiers transitioning from the war zone at Camp Atterbury go through a series of briefings, reminding them that while they've been gone, life has gone on without them.

Capt. Michael Currie is married with two kids, and he's been in the National Guard for 22 years. When he was tapped to go to Afghanistan on his first combat deployment, he talked it over with his wife, Stacey Currie.

"She knew at some point I was going to need to deploy, and this was the right time," he says.

In Indiana, one colonel told a group of soldiers, including Currie, not to be surprised if their wives or girlfriends had engaged in some "retail therapy" over the past year.

"He was talking about how they get used to you not being there, how they can cope with that," Currie says, "and I wanted to stand up in a joking manner and say, 'She got a horse! ... That's what I got replaced with!"

Asha, the horse, now lives on the family's farm, about a 90-minute drive outside Boston. There's a big yard and a swing set, where 2-year-old Isabella and 7-year-old Gracelyn play.

Stacey Currie is a stay-at-home mom, so she's used to spending lots of time alone, taking care of her girls. But this was different.

"I will say one thing that has definitely occurred from this deployment is that I became a single parent," she says.

That reality hit her just three weeks after her husband left. Isabella got sick, and Stacey had to take her to the emergency room.

"We're sitting there, and she's getting an IV and the whole nine yards, and I was like, 'Yup, I'm a single parent. We're doing this by ourselves,' " she says.

"You can see we've got a lot going on between the kids and the animals. It kept me at a dead run all year, and that worked for me," she says.

Now she's trying to slow down — so her husband can catch up and fit back into the family dynamic.

Back at Camp Atterbury, Michael Currie says the transition time has been helpful, but the only way to really know how to re-adjust to home life is to just get there.

"I don't know if four days here prepares you for the 40 days or the 400 days that come after that," he says.

Just a couple days later, all the what-ifs about the future get pushed aside as Currie and the rest of his unit fly back to Massachusetts.

Wives and mothers, fathers, brothers and children line both sides of Main Street in Melrose, just outside Boston. Four buses, led by a police escort, pull to a stop.

The soldiers of the 182nd are home.

The troops walk, single-file, into Memorial Hall, each greeted by a staff sergeant. Most get a handshake — others, a hug.

The Curries and the Nesticos are in the crowd, too, waiting along with everyone else to lay eyes on their soldiers.

Then, the one word officially turns these soldiers back into civilians: "Dismissed."

At that point, hundreds of families — locked arm in arm — flood toward the exits. It's been a long time coming. The journey is over, the speeches are done. It's finally time to go home.

Produced by Tom Bullock with help from Tom Dreisbach.