Accessibility links
Lena Dunham's 'Girls': Still Sex, Still The City, Different Show Lena Dunham's new series Girls debuts on HBO on April 15. Dunham, who got quite a bit of attention for being the star, director and writer of the 2010 indie film Tiny Furniture, fills the same three roles in this ensemble show about four young women in New York. 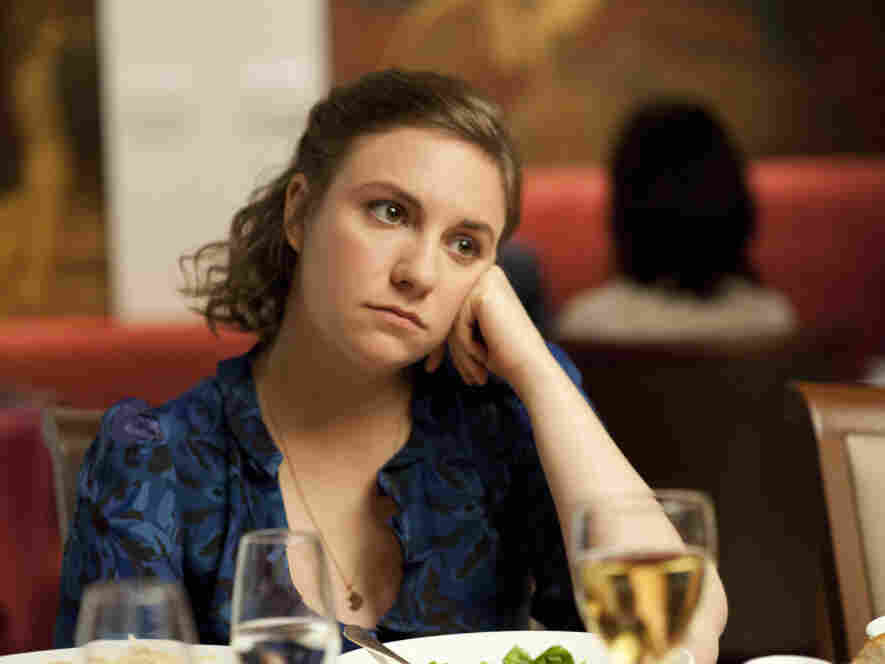 Lena Dunham's new series Girls debuts on HBO on April 15. Dunham, who got quite a bit of attention for being the star, director and writer of the 2010 indie film Tiny Furniture, fills the same three roles in this ensemble show about four young women in New York.

Of course, it's not HBO's first time out with an ensemble show about four women in New York, and as Dunham tells weekends on All Things Considered guest host Laura Sullivan, the shows are very different in tone and content, but there's a relationship nevertheless. "Not only because [Sex and the City] carved the space for women in television that it did, but because the girls this show is about probably moved to New York three-quarters because they watched a Sex and the City marathon and thought, like, 'I want me a piece of that.' "

The girls in Girls, however, are constructed a bit more out of something that's intended to be real life. Dunham's pitch for the show, she says, was "the kind of pitch that you can only give when you have no idea what a pitch is actually supposed to be. It was completely fueled by naivete." She says it's not clear yet whether people will watch a perhaps more relatable show about women, but she hopes they will.

The life of a show creator has its ups and downs, though, and you might expect it would be awkward that Girls includes some nudity and sex scenes that Dunham wrote, directed and performed herself.

"I don't know what my damage is, but I was not that nervous," she says. After all, there are advantages to being in charge of shooting your own sex scene, as she points out. "It's sort of the life fantasy, where you basically get to tell a guy, 'OK, 10 seconds in, you're going to move me to the left.' You get to be the complete director of that experience."

In fact, Dunham says, it's not the nudity that's the most challenging — it's the scenes with emotional heft. "I find it really awkward to do a scene where I'm supposed to seem like I'm in love. That stuff to me feels in some way more dangerous than just having my butt exposed."