Accessibility links
Veteran Newsman Mike Wallace Of '60 Minutes' Dies No question was too pointed during Mike Wallace's storied and notorious television career. The ambush interview. The gotcha. That trademark inflection conveying disbelief. Was there ever a more entertaining American television interviewer than Wallace? He died Saturday at 93. 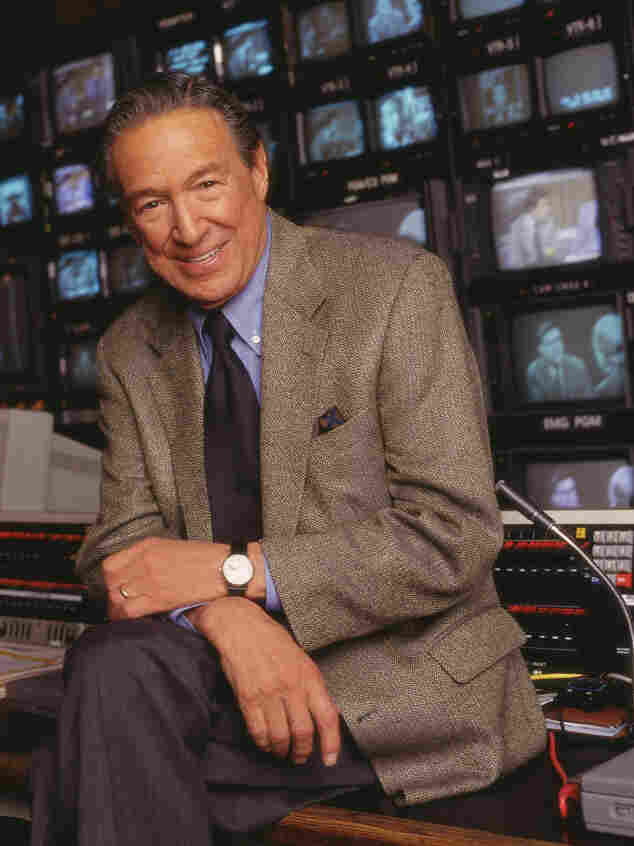 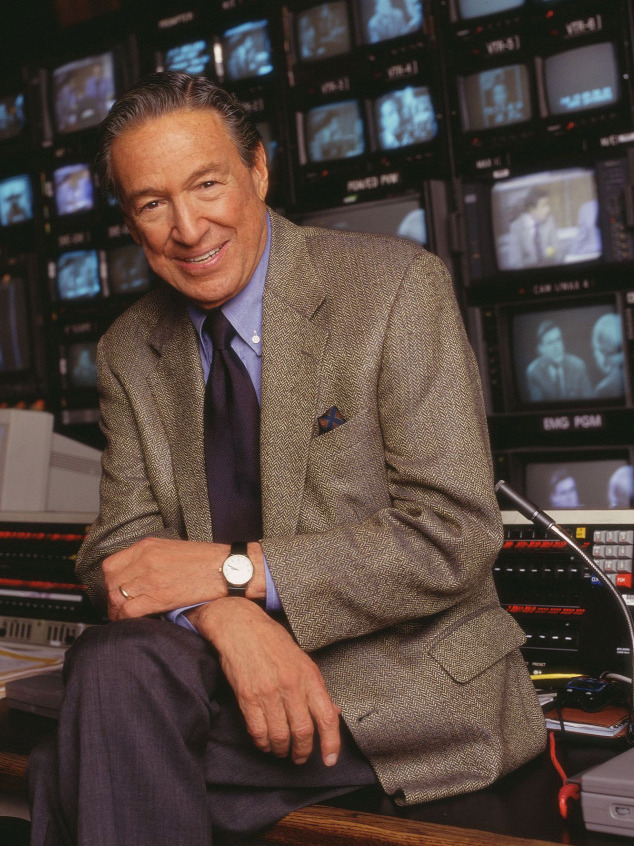 60 Minutes correspondent Mike Wallace died on Saturday night, according to a CBS spokesman.

Mike Wallace Looks Back on More Than '60 Minutes'

Mike Wallace, Interviewer: 'You and Me'

No question was too pointed during Wallace's storied and notorious television career. The ambush interview. The gotcha. That trademark inflection conveying disbelief. Was there ever a more entertaining American television interviewer than Wallace? Not according to longtime 60 Minutes colleague Steve Kroft.

"Mike was always the center of attention," Kroft says. "Didn't make any difference who he was sitting down with. Mike Wallace was certainly — in his mind and probably in the mind of his audience — the most formidable person there."

Jeff Fager, chairman of CBS News and executive producer of 60 Minutes, got his start as a young producer on the show.

"People tuned in for the questions not the answers," Fager says. "Funny thing about Mike — and I think a huge part of the attraction to 60 Minutes — in the early days was not so much who he was going to interview but what he would ask."

Myron Leon Wallace's influence in broadcast journalism was felt well before anyone ever heard a ticking clock on CBS. He was born in Brookline, Mass., a suburb of Boston, in 1918. His first brush with radio came during his days at the University of Michigan. A job soon beckoned in Grand Rapids as a radio announcer.

"As a radio announcer, I read rip-and-read news but I wasn't a reporter," Wallace told Terry Gross on WHYY's Fresh Air in 2005. "I was reading the wire, and the other thing was I was reading commercials — and I could do a hell of a commercial."

He served in the U.S. Navy in World War II and bounced around the radio dial, playing roles in nighttime dramas and interviewing newsmakers for several broadcasters, including CBS.

"One of the most persuasive ways to get somebody that you're interviewing to open up is to write down maybe 50 questions on a notepad," Wallace told Steve Inskeep on NPR's Morning Edition in 2005. "And when you sit down with an interviewee under those circumstances, you become co-conspirators – they suddenly realize, 'He knows a lot about me, so I'm going to help him draw a round picture of me.'"

Wallace reported for Westinghouse radio from Vietnam, India and Africa, and then joined CBS for good. He filed reports from the front lines of war and of politics — and was forcibly ejected from the 1968 Democratic National Convention in Chicago.

A few weeks later, the legendary CBS producer Don Hewitt launched 60 Minutes with Wallace and Harry Reasoner as its leading men. It was a news magazine that mixed high and low — with celebrity culture and crusading investigations all in the same hour.

"Don used to say he needed a 'white hat' and a 'black hat,'" longtime 60 Minutes correspondent Morley Safer said in describing the formula. "Harry was a white hat, and Mike was the black hat."

Mike Wallace was deeply embarrassed by the network's initial refusal to broadcast his interview with a tobacco industry whistle-blower because of the fear of a billion-dollar lawsuit. The incident became the basis of the hit 1999 movie The Insider — and Wallace, played by Christopher Plummer, did not come off well.

Wallace brought drama to the small screen, chasing after congressmen in the corridors of power or pursuing a cleric accused of abuse.

"You can't subpoena people to talk to you," he explained on Fresh Air. "If you write to them and try to call them on the phone and they don't answer or so forth, then take them unawares."

Yet Hewitt and Wallace ultimately scaled back the stunts.

"The problem became this," Wallace said. "We became a caricature of ourselves. We were after light, and it began to look as though we were after heat."

Their flashy style also drew criticism for losing sight of what an interview, and journalism, is really for.

"Mike Wallace enjoys the swagger, going in and having the question being more important than the answer," John Sawatsky, who oversees interviewing technique for the cable sports giant ESPN, told NPR in 2006. "It's important for him to look good."

Wallace's journalism also inspired critics who said he was — forgive me, Mike, their words not mine — irresponsible, even libelous. CBS and Wallace were sued by Gen. William Westmoreland in a $120-million libel suit, which was ultimately settled with a simple apology.

The case triggered a clinical depression in Wallace that he battled for the rest of his life. He would often seek refuge at his home in Martha's Vineyard and support from writer William Styron and satirist Art Buchwald, who were similarly afflicted. They called themselves the "Blues Brothers."

Yet Wallace's legacy remains enduring. Together, Wallace and Hewitt proved the news could be fun. And edgy. Entertaining. Illuminating. And very, very profitable.

"With all due respects to Walter Cronkite, some of the other giants of the business — from [Chet] Huntley to [David] Brinkley," Kroft says, "Mike Wallace is every bit as important in changing television news."