Accessibility links
5 Long-Lost Soul Songs From history's shadows, these high-quality soul tracks all feature women who deserve to be heard. 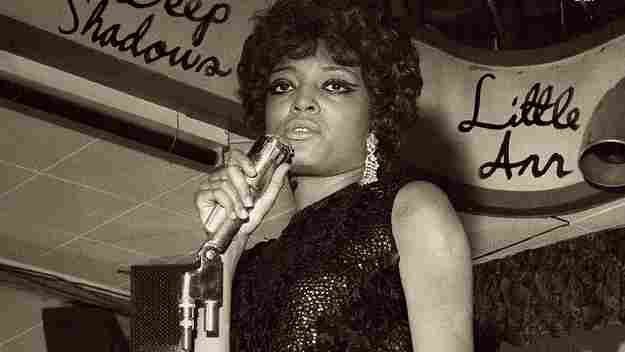 Little Ann on the cover of Deep Shadows, reissued in 2009. Courtesy of Timmion Records hide caption 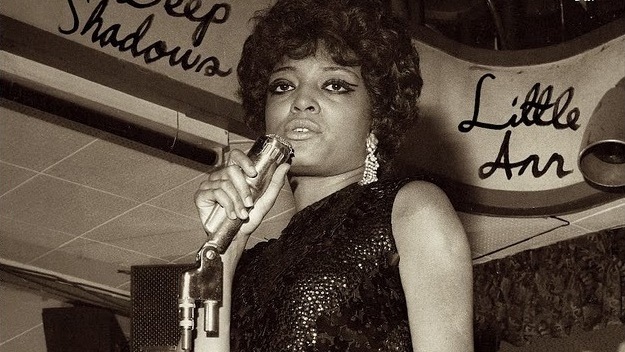 Little Ann on the cover of Deep Shadows, reissued in 2009.

In 1978, Lily Pearson, Annette Warren and Avetta Henry walked into Cleveland's Boddie Studios and recorded a six-song rehearsal reel. The group's ambitions never came to fruition, though, and their tapes ended up languishing in the studio's vaults for the next 30 years until the Chicago reissue label, Numero Group, rediscovered it in the process of compiling a Boddie anthology.

Finally released on vinyl-only, the Love Apple project may be acoustically primitive, but by all other measures, it's high-quality soul. In honor of the mysterious trio's serendipitous return, here is one of its recordings, as well as four more soul songs — all performed by women — which have emerged from the shadows of history in recent years. 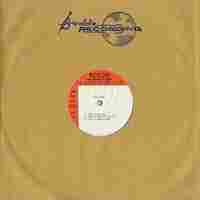 What Will Tomorrow Bring?

What Will Tomorrow Bring?

For its rehearsal session, Love Apple was backed by the sparsest of bands — producer Lou Ragland on guitar and drummer Tony Roberson, whose heavy backbeat lends this ballad unexpected gravity and contrasts with the sublimely sweet harmonies of the singers. Unlike other groups made up of a lead and back-ups, each Love Apple member was given a solo on which to shine, revealing three different voices which blended together beautifully in the choruses. If you listen closely during Roberson's breakbeat bridge around 2:40, you can just make out Ragland giving direction to the group before the ladies of Love Apple swing back in. 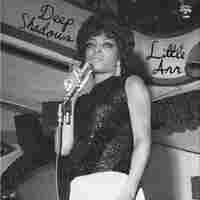 This hauntingly plaintive ballad was another vault recovery — albeit back in 1990, when British record collectors found it in the collection of Detroit R&B producer Dave Hamilton. Unlike Love Apple, Anne "Little Ann" Bridgeforth had an actual recording career, but only barely, with just a handful of singles to her name. "Deep Shadows" was meant for a debut album that was never released, and it's a masterpiece of minimalist production with maximum emotive effect, especially when Little Ann's powerful voice tears into the burrowed basslines. 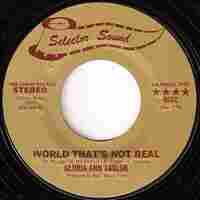 Though never a major star, Taylor was a journeyman vocalist. She recorded for at least half a dozen labels, including majors like Mercury and smaller houses like Silver Fox and her and husband/producer Walt Whisenhunt's own imprint, Selector Sound. "World That's Not Real" appeared first on the latter before being picked up by Columbia. It was an odd choice for a bigger commercial release, if only for how unsettling the song is — especially with Taylor's ethereal, echoing voice floating atop an ominous Whisenhunt production filled with minor keys, wheezing organ and driving bass. 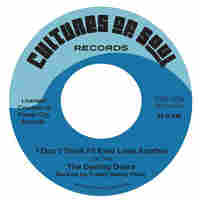 Courtesy of Cultures of Soul Records

I Don't Think I'll Ever Love Another

I Don't Think I'll Ever Love Another

Originally released in scant numbers by Flower City, a Rochester, N.Y., label, this single bears one of the best "name" pairings in soul history, with the Funky Heavy band backing the sweet singing quartet The Darling Dears. The Dears were made up of Kim McFadden, Beverly Howard, Salena Howard and Helen McGowen and, like Love Apple, their striking multi-part harmonies lay against the ferocity of Funky Heavy's backing track, all wah-wah and crashing drums. 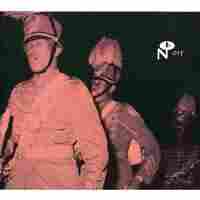 That's not a typo — or, rather, it is; original copies of this Miami single accidentally left the "d" off "surprised." Misspelling aside, songwriter Clarence Reid (who'd later become the profane comic/singer known as Blowfly) set perhaps a new record in brokenhearted fatalism with lyrics that include, "Don't be surprised / if you see me / laying on the railroad tracks / Don't be surprised / if I let a train run / up and down my back." To Williams' credit, she turns that hyperbole into a genuine sense of desperation. This was one of the few singles she ever recorded, originally released on the Deep City subsidiary Suncut.