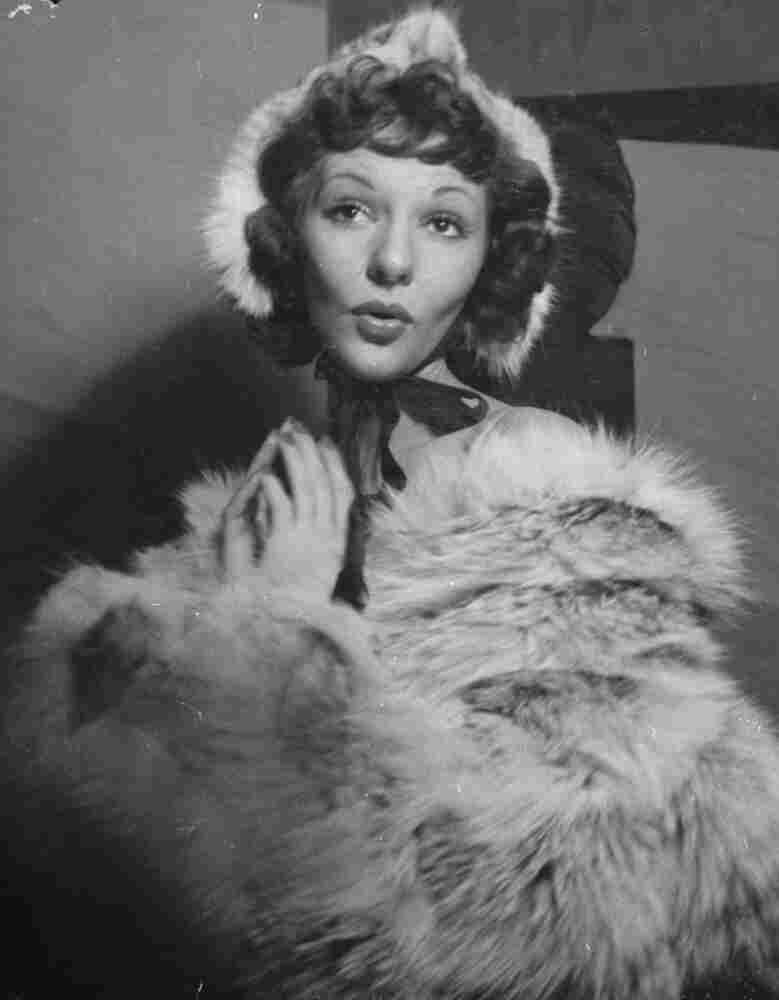 Actress Mary Martin, who famously stopped the show with her performance of Cole Porter's "My Heart Belongs to Daddy," sings the number during a performance of the 1939 Broadway production of the musical Leave It to Me. Alfred Eisenstaedt/Time & Life Pictures/Getty Images hide caption 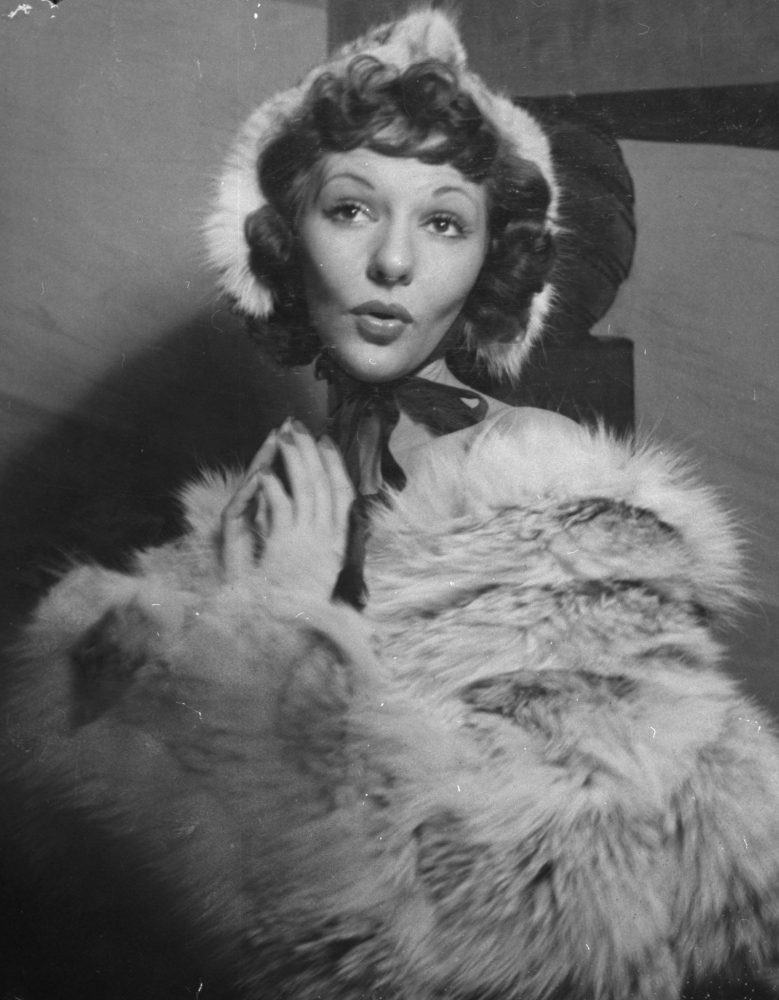 Actress Mary Martin, who famously stopped the show with her performance of Cole Porter's "My Heart Belongs to Daddy," sings the number during a performance of the 1939 Broadway production of the musical Leave It to Me.

Earlier this month, tenor Juan Diego Florez made headlines when he sang the aria "Una furtiva lagrima" in the Donizetti opera L'elisir D'Amore at the Metropolitan Opera — not once, but twice.

The audience responded so enthusiastically that after well over a minute of applause and shouts of "Encore!" he sang the whole thing again — all five minutes of it.

Letting someone re-sing an aria is rare at the Met; there have been only three encores in the past 18 years, because the company has had a policy forbidding them. But there's a reason most places don't have policies against this sort of literal "showstopper": Audiences love them.

I'm not much of an opera buff, but I've been going to concerts and musicals for decades, and I'd give anything to see another encore. I've only ever seen one real, audience-driven, can't-go-on-with-the-show-until-you-sing-it-again (because encore means again) showstopper. Lots of fake ones, though. And until I saw the genuine article, I used to think they were real.

Take the encore that audiences have always demanded after the title number in Hello, Dolly! Two dozen tuxedoed waiters at the Harmonia Gardens Restaurant have for several minutes been welcoming our heroine "back where she belongs," with flamboyant choreography and compliments sung to the rafters. There's a runway around the orchestra pit, and right at the climax of the song, she leads them in an arm-waving parade around it, close enough to touch. All those waiters arrayed behind her, arms stretched high. And the audience just cheers and cheers.

I remember Pearl Bailey really milking that applause, the crowd screaming "More!" and her grinning broadly but shaking her head no. Then after a while, she looked down at the conductor — and he pointed to his watch and shook his head no. But they're still cheering, so finally she walks to the side of the stage, kicks off her shoes, and hitches up her girdle. And the audience roars, because now it's clear that she's gonna do another chorus. And the conductor raises his baton ... 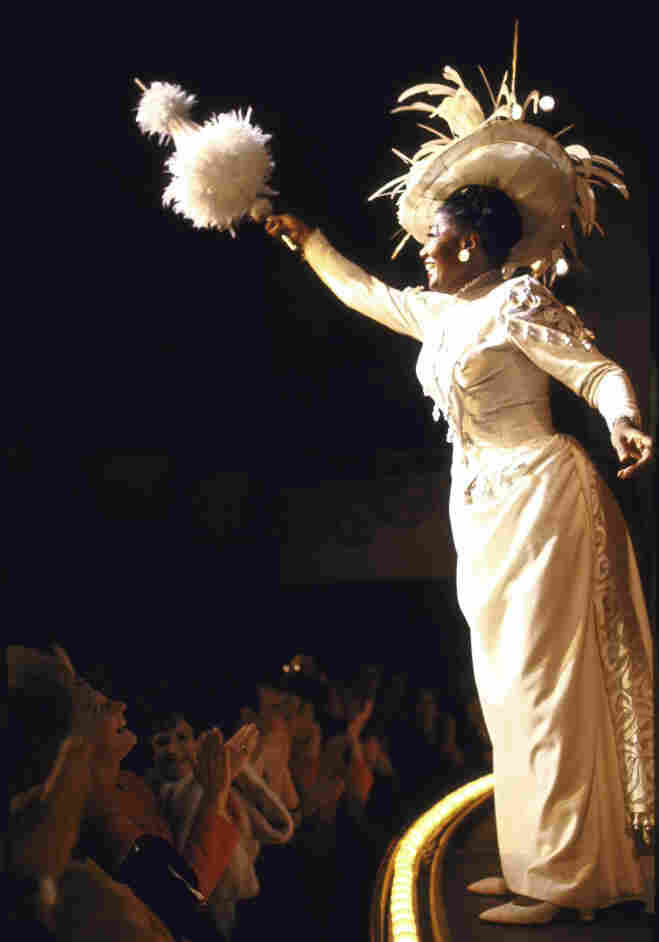 And they're off, Bailey whipping up a frenzy all over again. Only this time, all those waiters dance off the stage and into the wings, leaving just her to play the next scene. And that's the moment when it's clear that the whole thing — all that saying "No," the watch-checking — was fake. For her to be able to play this next scene, they had to dance all those waiters off the stage. Had to. It was gonna happen even if nobody applauded. Really smart staging, but not a real showstopper.

Real showstopping encores, where the audience takes control and won't let the show start up again until the actors sing the song a second time, I had read about, but they always seemed to be from some previous era: Ethel Merman holding the "I" in "I Got Rhythm" for 16 bars — 16! — and the audience making her sing it over and over, because they couldn't believe she'd done it.

Or Mary Martin singing a little Cole Porter ditty — "My Heart Belongs to Daddy" — in her first Broadway show. She sang it sweetly, like the ingenue she was then, but she also did a sort of mock strip-tease, dropping the shoulders of her fur coat, and the combination just brought the house down on opening night. And remember, this was her first show, so when the audience made her sing it again — 11 times, by some reports — she must've just thought, "Well, this is how Broadway works."

Porter ended up writing her some more lyrics, so she could vary it a little. He did something similar in a lot of his shows, actually, adding extra choruses for songs the audience loved. But that's more a reprise than an encore. And once it's written in, the audience isn't stopping the show anymore; the writers are.

As I say, in decades of showgoing I've only ever seen one honest-to-god showstopping number — at a 1960s revival of Annie Get Your Gun. It starred Ethel Merman, then 54 and still playing 16-year-old Annie Oakley. Ridiculous, right? But Irving Berlin had written a new duet for her and her co-star, Bruce Yarnell, for the revival, and audiences loved it.

It was an argument song — they'd been sparring all night and now had different ideas about their wedding. He wanted simple and sang slow, she wanted fancy and sang bouncy. The audience had heard all the other songs, but this one was new. And cute. So the crowd stopped the show cold until they sang it again.

This time she hammed it up — you can hear it in her voice on the recording — and dancing a little jig around him. And the audience laughed, and made them do it a third time. And the next time she's pointing her finger at him and poking him in the gut on the line "agree to love and honor, but not obey." And even if you know they've done it hundreds of times — even recorded it on the album you can buy in the lobby — you figure they're having a great time up there.

And this time, when she gets to the line "I wanna wedding like the Vanderbilts have," she's pounding on his chest on every syllable. And the audience eats it up. And makes them do it again.

I saw it again a few nights later. Same thing: They sang it six times, not five, so it was real. And if we'd kept applauding, Merman would've kept doing the number. But the director had only come up with three different ways for her to do it, and after that, she, at least, was done.

Compare that with the big news in stadium concerts this past year: Toward the end of the evening in their "Watch the Throne" concert tour, rap stars Kanye West and Jay-Z performed one song over and over, and started making headlines by doing so.

At the first tour date in Atlanta, they sang it three times. In Miami a week or so later, they did it five times. The audience hadn't really been asking for the do-overs at first, but already it was developing into a matter of city pride. In Boston they got six encores. In Detroit, seven. By the end of the Los Angeles run they were up to 10.

The song, let's note is almost four minutes long, so including applause, that's almost 45 minutes of the same song.

And how do you follow that? Well if you're Jay-Z and Kanye West, you follow it with a song called — wait for it — "Encore."