Accessibility links
Tulsa Mourns Man Who 'Never Met A Stranger' Bobby Clark, 54, was one of three people killed in Friday's shootings in Tulsa, Okla. Friends and family say Clark, a resident of the city's Northgate neighborhood, was a well-liked musician who enjoyed sharing his music with others 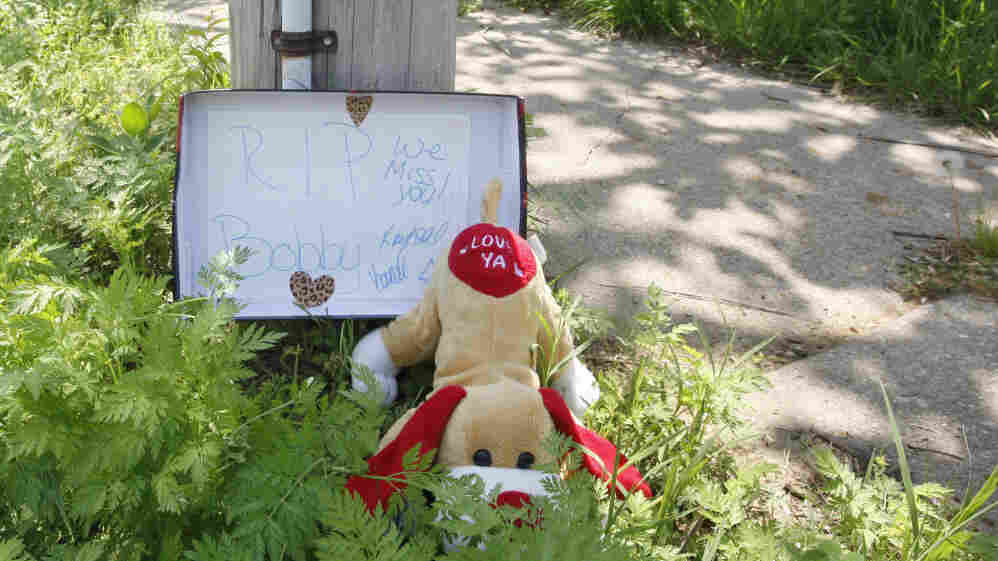 A makeshift memorial pays tribute to Bobby Clark, one of the victims of a shooting spree that left three people dead and terrorized Tulsa's African-American community. Sue Ogrocki/AP hide caption

Three people were killed in last week's shootings in Tulsa, Okla.: Dannaer Fields, 49; William Allen, 31; and Bobby Clark, 54. Two others were wounded in the shootings. All of them were shot — apparently at random — in the predominantly black neighborhood of Northgate in northern Tulsa.

It was Bobby Clark's brother, Donny, who first found him after the fatal shooting.

"I came through there and I realized it was my brother laying in the street," Clark says. "They shot him under the armpit, and I think it hit his heart."

Bobby Clark died sprawled on Tulsa's 63rd Street, under a streetlight just a few doors from the Northgate house where he lived with his brother.

His family believes Bobby was simply standing on the corner waiting for Donny to return when he was shot by assailants in a white pickup, who then sped away.

Police say Jake England and Alvin Watts, who both lived a few miles away in the town of Turley, have confessed to the shootings. They say the likely motive was revenge: England was reportedly angry that, two years earlier, a black man killed his father in a completely unrelated incident.

'If He Met You Once, He'd Remember You'

Those who knew Bobby Clark, an unemployed musician, say he's the least likely person to have been killed by violence.

Tanya Clardy, Clark's sister-in-law, sits in the kitchen of her north Tulsa home, receiving visitors and answering one call after the next.

"Everybody we've talked to can't believe that somebody shot him," Clardy says. "It's like, why Bobby? Bobby didn't do nothing to nobody. It's just sad, and he's gonna be greatly missed." 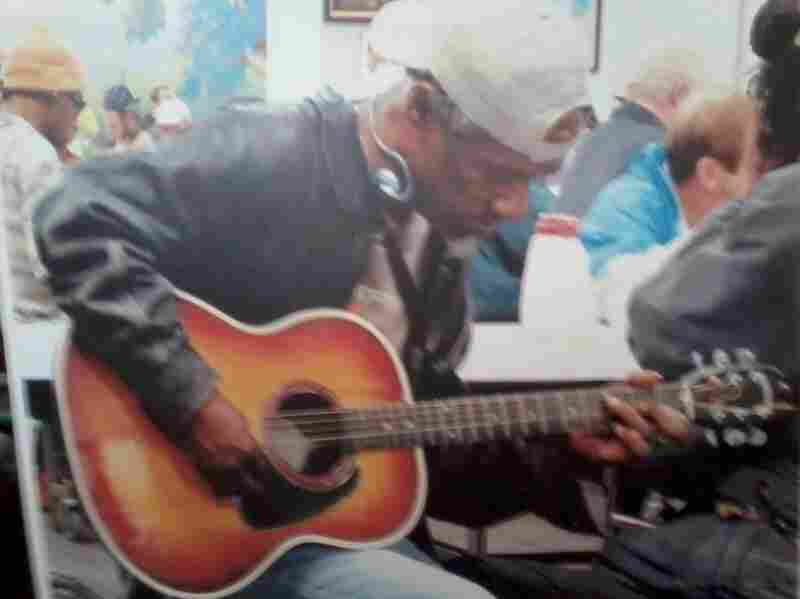 In his family's only photo of him, Bobby Clark plays guitar at the homeless shelter he frequented. Clark often played for shelter patrons and staff. Courtesy of the Clark family hide caption 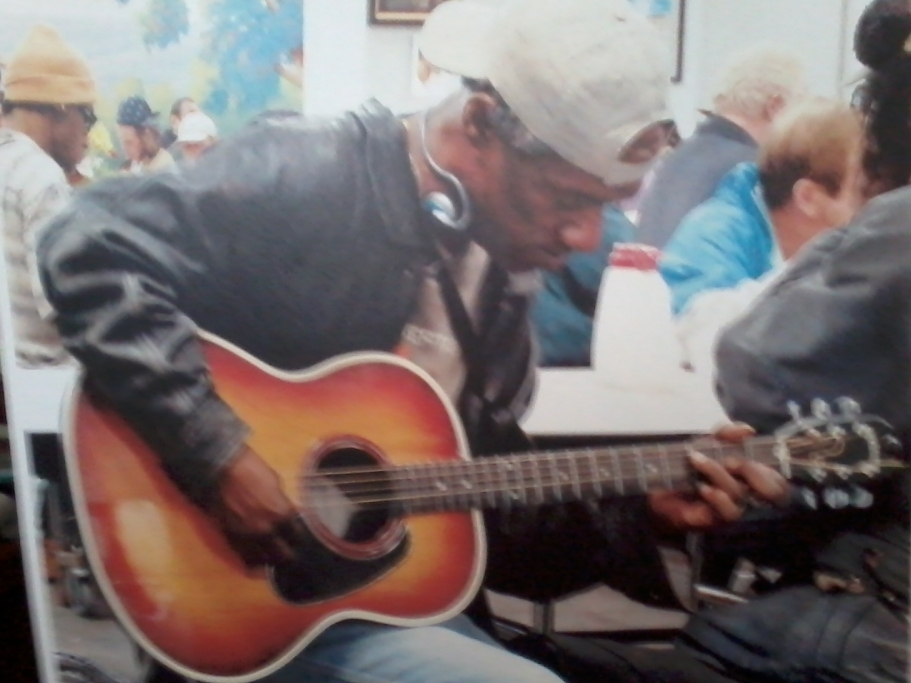 In his family's only photo of him, Bobby Clark plays guitar at the homeless shelter he frequented. Clark often played for shelter patrons and staff.

Courtesy of the Clark family

Bobby Clark had been on disability almost his entire life. He was schizophrenic and took medication for the illness.

But he was best known for playing bass guitar in gospel bands in churches throughout north Tulsa — the largely African-American side of town.

"Bobby was a real nice guy. Everybody loved him, everybody knew he played music," Clardy says. "Everybody knew him — he never met a stranger. If he met you once, he'd remember you."

Clark was often in and out of public housing. He received his mail, and often grabbed a meal, at the Tulsa Day Center for the Homeless downtown.

Sandra Lewis, the center's executive director, says Clark came to the center each Tuesday to pick up his disability check. He would bring his guitar, she says, and strum for the people sitting in the center's large day room.

Lewis says she first heard about the shooting spree on Friday.

"And when I heard the name, I prayed it wasn't our Bobby," she says.

But it was their Bobby. Lewis says they confirmed the news Sunday.

"All the staff has been very sad — very deeply affected — by what happened. Not just to Bobby, but in our community," Lewis says. "It's a horrible, horrible thing."

"I can't see how they could start targeting innocent black people in the same community that they might have seen up and down the street at one time or another. I can't understand it," Donny Clark says.

"I think they should charge them with a hate crime. Because that's a hateful thing to do. And hate should carry more weight," says Clardy.

Clardy, a 49-year-old nurse at a long-term care facility in Tulsa, has given a lot of thought to hate since the shooting. She's thought a great deal in the past five days about her own upbringing in west Tulsa in the 1970s, she says, when racism was raw and out in the open.

Tulsa Shooting Victim Had Turned Her Life Around

Back then, she says, she and her nine siblings experienced it daily.

"We got chased home [by] whites every day, because we lived in the projects. But we [didn't] sit there and get angry at them," Clardy says.

"Because you don't grow up and start hating white people [just] because they used to jump us and stuff. That's no cause to hate anybody. And I feel sorry for someone who has that kind of hatred in their heart."

Now, Bobby Clark's extended family is struggling to collect funds to bury him. Friends have set up a donation account at the Bank of Oklahoma, and a local funeral director says he'll help them out.

The funeral is scheduled for Friday, with burial at Tulsa's Crown Hill Cemetery.