Accessibility links
Would The Buffett Rule Help The U.S. Economy? Some economists are skeptical that a new minimum tax on people with incomes over $1 million will do much to bring down the deficit or boost the economy. But others say the economy could actually benefit from the proposed rule. 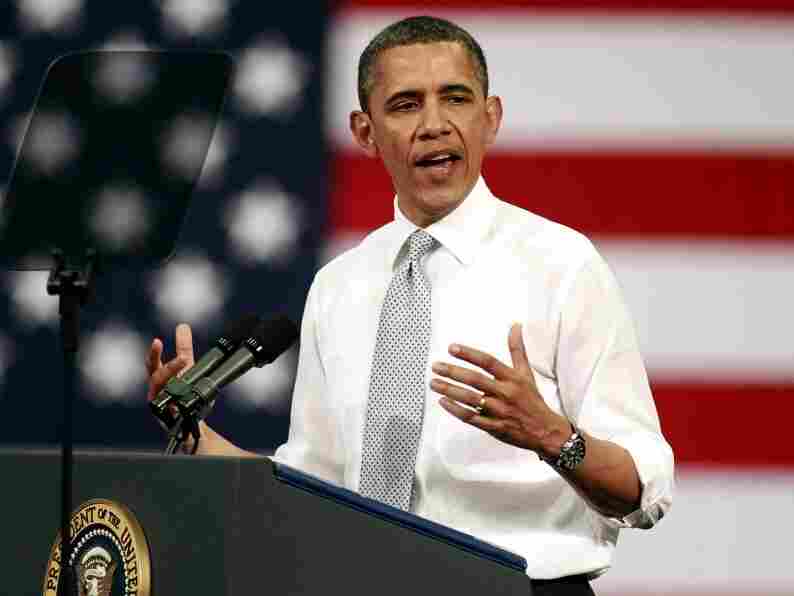 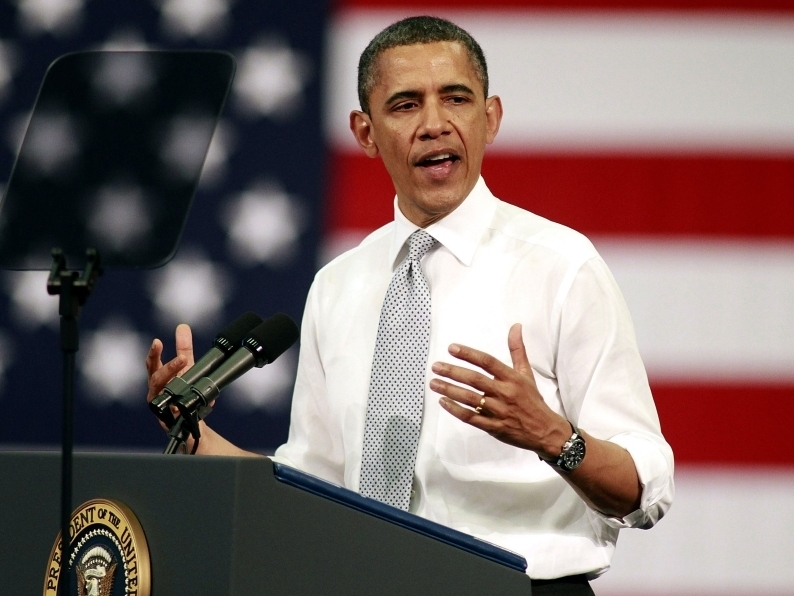 A tax-the-rich proposal named after Warren Buffett has little chance of passing this year, but that hasn't stopped the debate over what impact it would have.

Some economists are skeptical that a 30 percent minimum tax on people with million-dollar incomes — known as the "Buffett rule" — would do much to reduce the deficit or boost the economy. But the Obama administration says the proposal is necessary to make the tax code more equitable.

The Buffett rule would apply to wealthy people, but not all wealthy people. Instead, it would affect the tiny number of taxpayers — some of the nation's wealthiest — who make most of their money from investments.

Rob Williams, a senior fellow at the Tax Policy Center, says the proposed rule would not affect many of the people we think of as "very rich."

"For high income people who get a lot of their income from wage and salaries — the George Clooneys of the world, LeBron James, the CEOs — those people would not see an effect from the Buffett tax, because they're already paying tax rates above 30 percent," Williams says.

But, he says, wealthy people who get their money from assets like stocks and bonds would feel the pain.

"If you're in a situation like Mitt Romney or Warren Buffett ... paying a very low tax rate because most of your income comes from investments, you'll see a very large increase in taxes," Williams says.

All told, the nonpartisan Tax Policy Center says 217,000 households would be subject to the Buffett rule. While the actual amount would vary enormously from person to person, those households would pay an additional $190,000 in taxes, on average.

Jack Ablin, chief investment officer at BMO-Harris Private Bank, says many of those wealthy investors would rethink what they do with their money.

"If you tax millionaires that are investing in, for example, municipal bonds, and they're enjoying the tax benefit of that interest, you could see a whole rash of investors moving away from buying bonds of our state and local governments," Ablin says.

Under the Buffett rule, people who sell assets would suddenly be forced to pay much higher taxes on the profits they make. Will McBride, an economist with the Tax Foundation, says many people would rush to unload the assets they hold before the law takes effect.

"If this tax were to go into effect Jan. 1 of next year," McBride says, "the stock market in December would not look pretty."

Over the longer term, McBride says, the law would do even more damage to the economy. Because people would have to pay more taxes on the profits they make, they would have less incentive to invest, he says.

As a result, McBride argues, small startups would suffer. "You don't want to heavily tax investment, because you're taxing the thing that creates long-term economic growth," he says.

But Williams of the Tax Policy Center says there's little evidence that higher taxes actually affect investment all that much. Williams says companies and individuals have lots of cash — but they're not using it.

"The problem right now is not that people don't have monies to invest," Williams says. Rather, he says, "People don't see investment opportunities that they think are worth putting their money into," because the economy is so weak.

Jared Bernstein, a senior fellow with the Center on Budget and Policy Priorities, contends that the Buffett rule could actually benefit the economy.

"A lot of very wealthy people spend a lot of time and money and effort structuring their income to take advantage of a tax code that's fraught with loopholes," Bernstein says.

Because the Buffett rule establishes a 30 percent minimum tax rate for millionaires, Bernstein says, it would be much harder for rich people to game the system.

"If anything, I think the kind of simplicity here militates against the kind of game-playing that we see so much of in our economy," he says. And, he argues, a simpler tax system would be good for the economy in the long run.

But none of that will happen unless the Buffet rule becomes law. And right now, there's little indication that Congress is going to pass it.

The Highs And Lows Of Marginal Tax Rates

Tax rates have varied wildly over the decades. Current rates are much lower, for taxpayers in both the highest and lowest brackets, than they have been for much of the past century.