Accessibility links
Noam Pikelny And Friends On Mountain Stage The Punch Brothers member and first-ever recipient of the "Steve Martin Prize for Excellence in Banjo and Bluegrass" brings along a few friends for his first trip to the show. 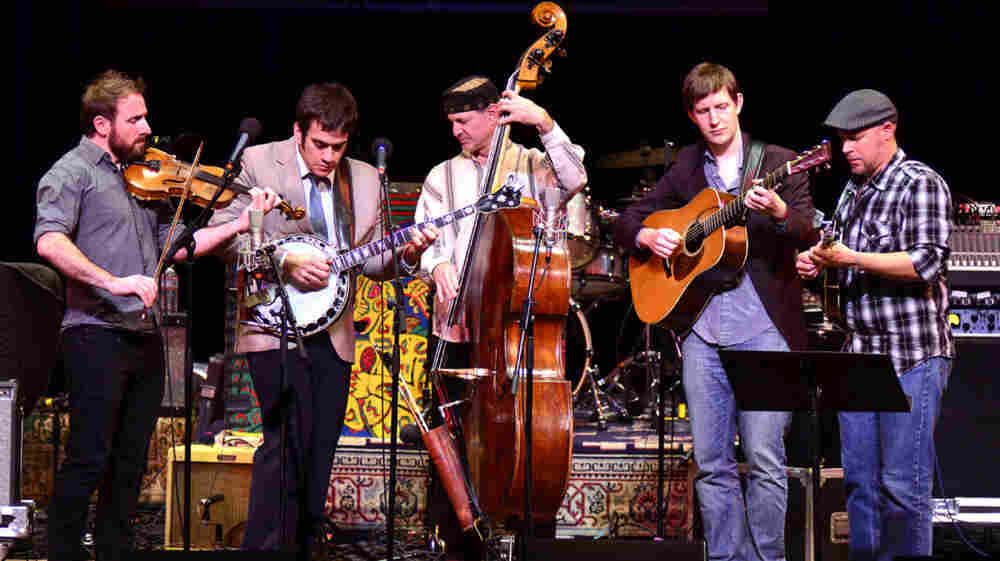 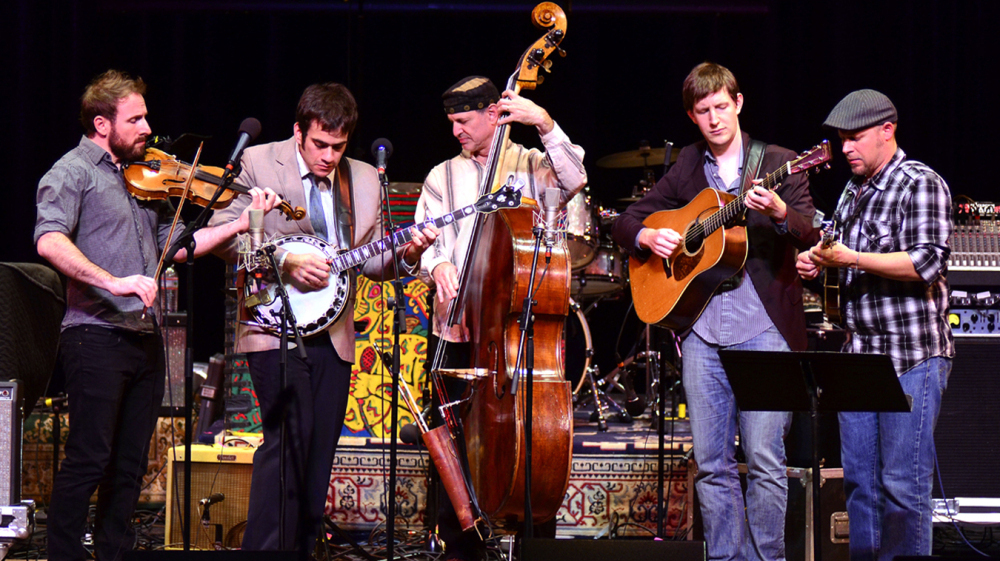 Punch Brothers member Noam Pikelny brings an assortment of friends and bandmates to his first appearance on Mountain Stage, recorded live in Charleston, W.V. In 2010, Steve Martin awarded Pikelny the first-ever "Steve Martin Prize for Excellence in Banjo and Bluegrass," describing Pikelny as "a player of unlimited range and astonishing precision." With Punch Brothers and elsewhere, Pikelny pushes the sound of his own instrument to places other players dare not venture.

Pikelny recently outfitted his already wildly heavy banjo with a mechanical string bender that allows him to emulate pedal-steel guitar sounds, telling host Larry Groce that he likes to explore tones that aren't native to his instrument. He's joined here by fellow Punch Brothers Gabe Witcher and Chris Eldridge, along with Jesse Cobb on mandolin and Mark Schatz on bass, for a set which draws entirely from his new album Beat the Devil and Carry a Rail. Maintaining a sense of humor about the project, Pikelny calls instrumental banjo "the most commercially viable form of music" he knows, before introducing a song titled "My Mother Thinks I'm a Lawyer."