Accessibility links
'Chico & Rita': An Animated Film With A Cuban Beat Director Fernando Trueba talks about his Oscar-nominated animated film Chico and Rita, which follows a pair of lovers who leave Havana's music scene in the 1940s to head to New York City. 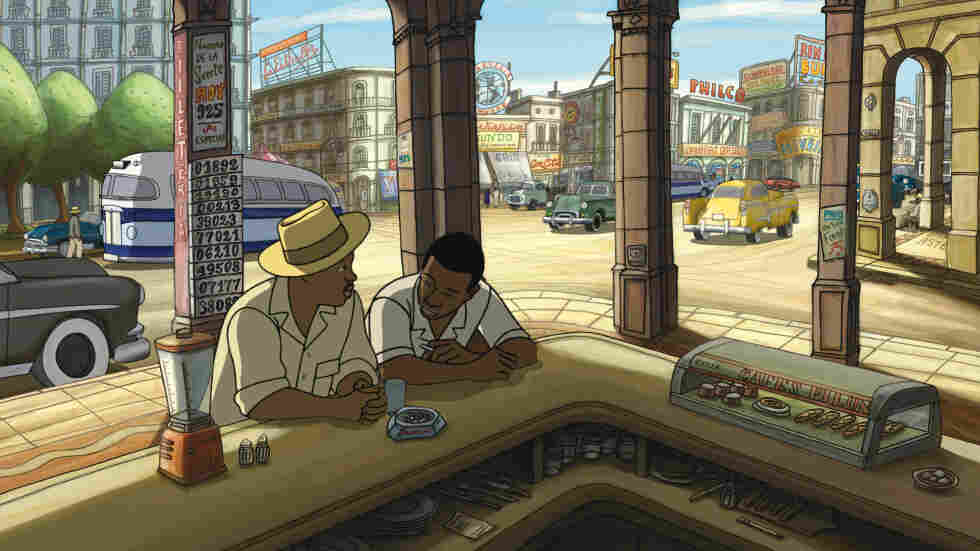 Chico's story mimics the stories of many Cuban musicians who left Havana and arrived in New York City in the 1940s — a time when musicians like Charlie Parker and Dizzy Gillespie were starting to emerge. Luna Films hide caption

The animated film Chico and Rita is set in 1940s Havana, at a time when Cuban musicians were starting to leave the country and join the jazz scene in New York. It was also a time when musical styles were fusing — and changing the Afro-Cuban jazz scene entirely. 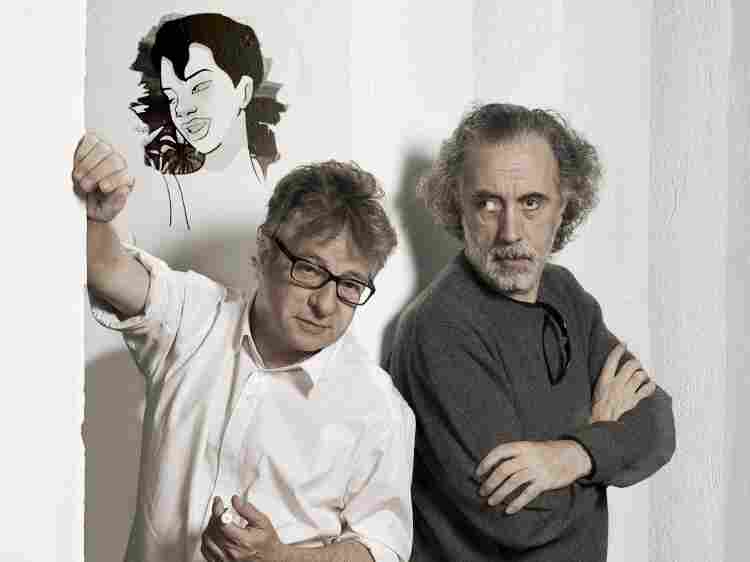 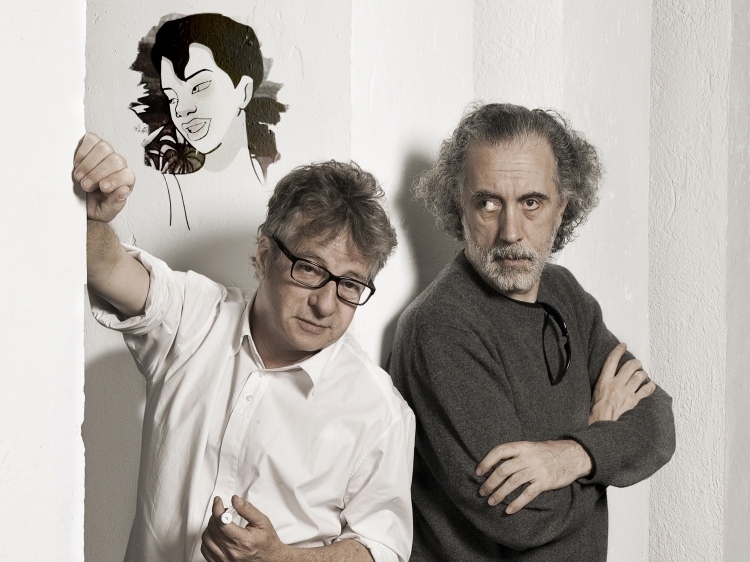 The film tells the story of Chico, one of the best piano players in Havana, and Rita, his sultriest singer. They're lovers, and eventually their migration takes them past New York to Paris — criss-crossing continents to make music while struggling to keep themselves and their relationship afloat.

Trueba joins Fresh Air for a discussion about the film — his first animated work — and his love of American jazz music, which helped inspire the film.

"I'm always listening to American jazz, and I arrived to Cuban music through jazz," he tells Terry Gross. "When we started talking about the idea of making the movie and music in Cuba, I said to [my co-director] 'Let's do a story where the characters are musicians, because I love this ambiance and all of that."

Trueba chose Cuban pianist Bebo Valdes to play the musical parts for Chico in the film. Valdes was a key bandleader and arranger in the Cuban music scene in the '40s and '50s. Then he disappeared into obscurity for decades, until his career was recently resurrected. Now in his 90s, he still plays at home — but no longer plays in public. Trueba says Valdes inspired the film.

"We thought, why don't we have the character be a pianist so we can have Bebo play in the movie? So that was the strong idea, and then the rest of the things came naturally after that," he says. "[We had the] idea that every time Chico's character was playing the piano, we had Bebo — the great Cuban musician alive today in the world — play."

Trueba modeled Chico's face in the movie after Valdes' face — and dedicated the movie to him.

"It's his last work, and that's why the movie is dedicated to him," he says. "Not only because of the music, but because I'm sure if it was not for my friendship with him, I would not have written or made a movie like this one. It's not Bebo's biography, it's not his life, but he was the main inspiration of the ambiance, that period, this kind of characters. So Bebo is, for me, everywhere in the movie."

When the film was completed, Trueba arranged for a private screening for Valdes.

"It was an incredible experience," he says. "I was watching Bebo's face all the time, and he was so moved. And at the end of the movie, he was crying his eyes out with tears, and he kissed me. It was an incredible moment. I will never forget that moment — very, very emotional and touching for both of us."

Before becoming a filmmaker, Trueba worked as a film critic in Spain. He has won several Goyas, as well as two Grammy Awards for his work as a music producer. His films include Calle 54, Belle Epoque, El año de las luces and El milagro de Candeal.