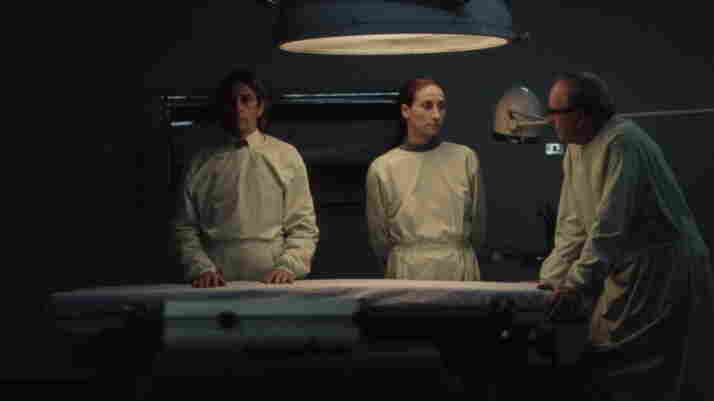 In Spanish with subtitles

The protagonist of Post Mortem is not a young man, but he has a boyish crush on his neighbor. Gaunt, sharp-faced Mario (Alfredo Castro) is a loner with long, lank hair. He once wouldn't have had a chance with Nancy (Antonia Zegers), the cancan dancer who lives across the street. But in aging, she's lost the curves her gig requires. She could use a champion.

But then so could just about everyone in this movie, which opens with the view from the underside of a lumbering armored vehicle. It's September 1973 in Chile, and the plot to overthrow President Salvador Allende is in motion. Mario's not much interested in politics, but his job will bring the coup to him: He's the transcription clerk in a hospital morgue that's about to get very busy.

A dark drama with traces of black comedy, Post Mortem dissects two forms of desperation. Mario fears that Nancy will never love him, even after he hides her from the authorities who seek to arrest her for the crime of having leftist relatives and friends. Mario's romantic doubts may seem a petty concern at a time when other Chileans are simply trying to avoid torture and execution. But Mario's extreme final action shows how utterly his fixation has taken control of his instincts.

Chilean writer-director Pablo Larrain introduces Mario as a gray man living in a beige house, a color scheme that matches the pallor of the bodies he coldly watches Dr. Castillo (Jaime Vadell) examine. The colors aren't much brighter at the vaudeville theater where Nancy performs. Everyone appears to inhabit a city of the living dead, a place that seemingly could not get grimmer. But a terse flash-forward indicates that it will.

Although the other central performers have memorable scenes, the film turns on Castro, who played a self-deluding Saturday Night Fever obsessive in Larrain's previous effort, Tony Manero. Castro's Mario is an unnerving figure, no less so when he's trying to be sociable than when he's brooding alone. At one point, he joins in as Nancy cries, and his empathetic weeping becomes profoundly strange. 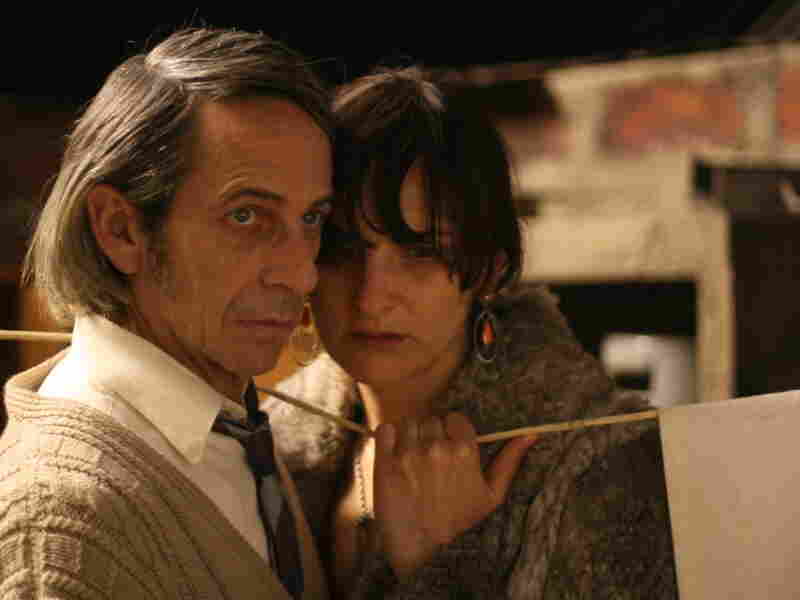 Mario grows closer to his crush and neighbor Nancy (Antonia Zegers) when she's sought by the authorities for her leftist connections. Kino Lorber hide caption

Post Mortem is — intentionally — not an engaging movie. And Larrain sometimes overplays the existential anguish, notably during a few scenes of joyless, mechanical sexual release. These are jarringly blatant moments in a movie that generally takes its strength from understatement.

The movie's centerpiece is explicitly political. Inspecting the corpse of an enemy of the state while soldiers supervise, Dr. Castillo announces that the man could not have killed himself. One of Augusto Pinochet's top officers overrules the coroner, and the official lie is recorded as fact.

There's also a sequence where one of the piled bodies turns out to have a pulse, and Mario and a nurse try to save him. But under Pinochet's regime, the government's enemies were already dead, even if they were still alive.

These scenes aside, Larrain doesn't score many ideological points (although the movie's title itself could be read to explain Chile as a country still in the shadow of Allende's death). The director depicts his characters as trapped by circumstances, whether in the widescreen yet claustrophobic compositions, or — more explicitly — when Mario gives Nancy a ride home and his car is swept into the uncontrollable current of a protest march.

Ultimately, Post Mortem depicts the coup as a social rupture that unearthed buried destructive impulses. Mario is looking for love, but when he finds something else, there's nothing to restrain his disappointment.