Accessibility links
Surviving 'Immobility' And End Times After a cataclysm decimates the planet, a man wakes up paralyzed and without any memory of the past. Critic Michael Schaub says Immobility is the terrifying tale Brian Evenson was born to write. 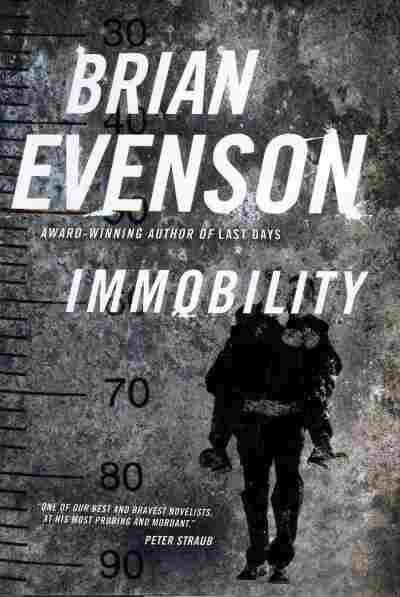 Stories about the end of the world are as old as literature itself. From the tale of Noah's Ark to the plague-ravaged landscapes of Mary Shelley's controversial 1826 novel The Last Man, writers have long held a morbid fascination with the possibility of a future apocalypse.

It was all fantasy, of course, until August 1945, when the world learned the threat of widespread destruction was much more real than anyone could have imagined. After the bombings of Hiroshima and Nagasaki, post-apocalyptic literature, and humanity itself, would never be the same. As Josef Horkai, the anti-hero of Brian Evenson's new novel Immobility, reflects: "We say no to sixty-six thousand dead in a single bomb blast over a defenseless foreign city, and then we do it again, a hundred thousand this time. ... Humans are poison. Perhaps it would be better if we did not exist at all."

Immobility takes place years after "the Kollaps," an unspecified cataclysm that decimated the planet, leaving only a handful of people barely alive and the world transformed into a hellscape: "no living thing, not even a cockroach, nothing but wrack and ruin ... marks of calamity, terror, distress." Josef Horkai doesn't remember much about what happened — he's been kept in suspended animation for years, possibly decades, and awakened by a mysterious group of survivors keeping shelter in the ruins of a university. He's paralyzed from the waist down, but that doesn't stop the group's leader from asking him to go on a cryptic mission to steal a vitally important cylinder from a mountainside fortress, miles away. With the help of two men who take turns carrying him, Horkai reluctantly sets out across the desert to find the precious container.

If there's a novel that Evenson was born to write, this is the one. The author is well-known both for his challenging, postmodern fiction — think David Foster Wallace and Blake Butler — and the mainstream science fiction he writes under the name B.K. Evenson. In Immobility, he draws from both literary traditions to create a driving, terrifying tale that wavers between despair and hope, nihilism and an almost religious sense of possible redemption.

Brian Evenson is the author of The Wavering Knife and Last Days and the director of Brown University's Literary Arts Program.

Evenson's prose is, as usual, perfect — intelligent but unpretentious, and perfectly evocative of a barren, brutal world that's been mostly given up for dead. He doesn't pull punches when he describes the cruelty of the wasteland that the planet has become — in one chilling scene, he describes the corpse of a man, his head, forearms and lower legs amputated, nailed to the front of a ruined hospital. It's an image that perfectly encapsulates the savagery of the new world; like the novel itself, it's merciless and unforgettable.

Immobility is not, of course, the first book to consider the life of the planet after a global annihilation, but it's also a novel without any obvious antecedents. There are thematic similarities to Walter M. Miller Jr.'s A Canticle for Leibowitz and Cormac McCarthy's The Road, but Evenson's vision is as unique as he is. It's not an easy book to read, but it's an undeniably important look at what we're at risk of becoming — a nightmare world without hope, reason or compassion. "It's never fair," as Horkai says. "Why should it be?"