Accessibility links
Some Latin Leaders Want New Approach To Drug War The war on drugs is now decades old, with no end in sight. A number of Latin American presidents say it's time to consider alternatives, including legalization. They plan to raise the issue when more than 30 leaders from the Americas gather this weekend in Colombia, but the U.S. has made clear its opposition to legalization. 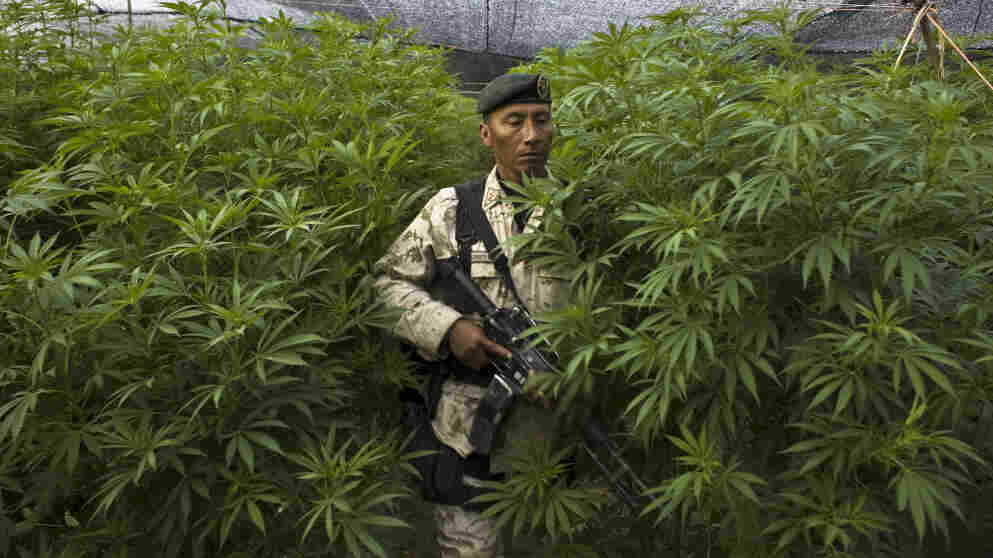 Some Latin American leaders want to talk about the possibility of legalizing some drugs, a move the U.S. strongly opposes. Here, a Mexican soldier stands guard at a huge marijuana plantation that was uncovered in San Quintin, Baja California state, near the U.S. border, last year. Antonio Nava/AFP/Getty Images hide caption

When President Obama travels to Colombia this weekend for the Summit of the Americas, he'll be stepping into a vigorous debate about the drug war that could be awkward for the United States.

Some Latin American leaders, who also happen to be strong U.S. allies, say the American-sponsored war on drugs is failing and that new options need to be considered.

One proposal they want to discuss is legalizing some drugs — a move the U.S. strongly opposes.

Over the past four decades, the drug war has become increasingly bloody, and violence is now numbingly common across much of Central America and northern Mexico.

It's been the same approach and the same policies. And where are we? This is what we have to ask ourselves. Are we in the ideal place? Or should we at least contemplate alternatives?

Colombian President Juan Manuel Santos, calling for a discussion on new ways to deal with drugs

The campaign started with former President Richard Nixon, who said: "We must wage what I have called total war against Public Enemy No. 1 in the United States: the problem of dangerous drugs."

Since then, that war has been taken to the drug cartels across the Americas, with heavy U.S. funding.

But now, some presidents, including Colombia's Juan Manuel Santos, are asking if there isn't another way.

Santos told NPR he's putting the issue up for debate at the Summit of the Americas in the Colombian coastal city of Cartagena. Obama will be one of more than 30 leaders at the summit.

"It's been the same approach and the same policies," Santos said. "And where are we? This is what we have to ask ourselves. Are we in the ideal place? Or should we at least contemplate alternatives?"

Santos is no critic of the United States. He's one of Washington's closest allies and a former defense minister known for his hawkish reputation on security issues.

And he's not the only one proposing a new approach.

The most forceful proponent of that line has been Guatemalan President Otto Perez, a former military man who has fought traffickers for years.

After taking over the presidency earlier this year, Perez told NPR that he came to the conclusion that the drug war is failing. Drug trafficking has expanded and corruption has tainted government institutions, including the judicial system. 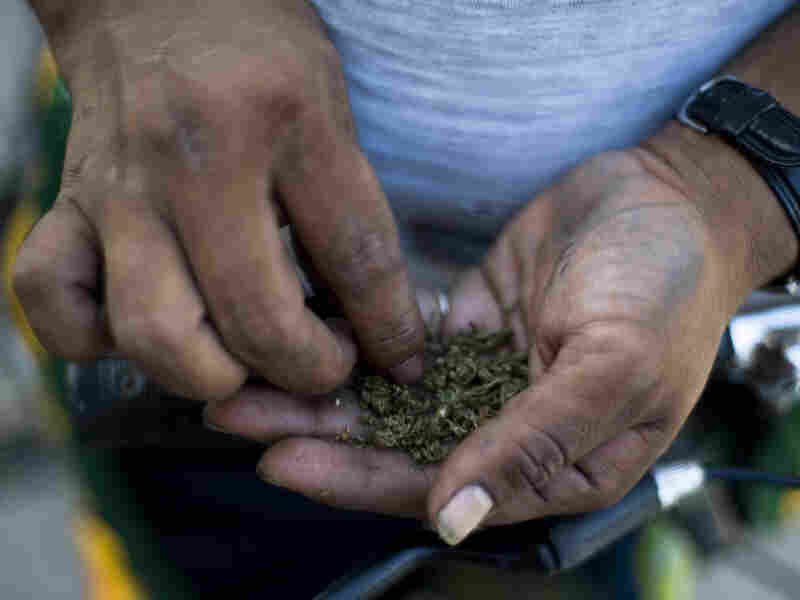 A man makes a joint during a march last month in Guatemala City, Guatemala, calling for the decriminalization of marijuana. Johan Ordonez/AFP/Getty Images hide caption 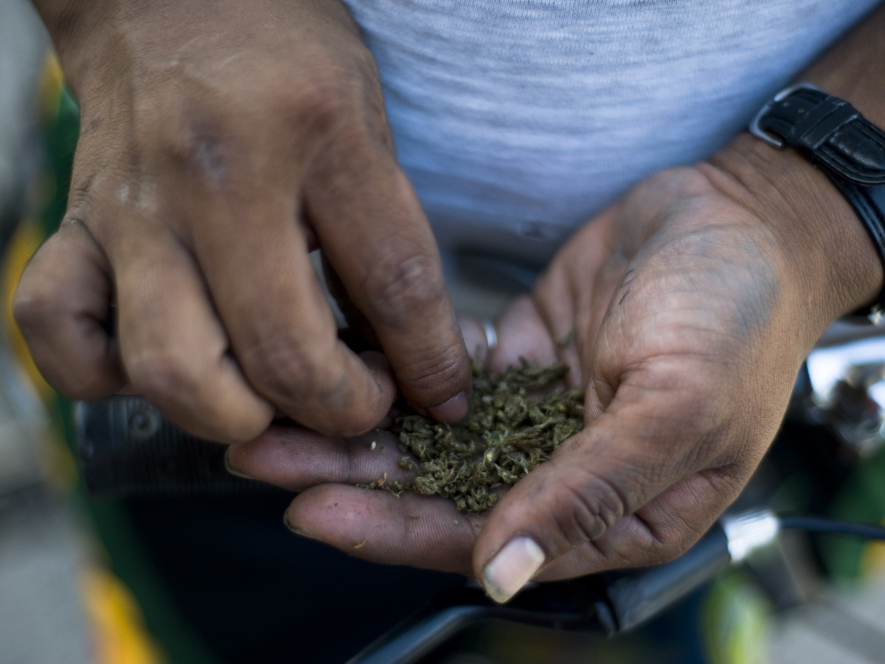 A man makes a joint during a march last month in Guatemala City, Guatemala, calling for the decriminalization of marijuana.

He says as long as such big demand for cocaine exists in the U.S., drug trafficking will continue.

American officials declined to comment on the record. Privately, they said that U.S. efforts in Colombia over the past decade have reduced cocaine production, and that cocaine consumption in the U.S. has fallen.

Vice President Joe Biden has said publicly that while the U.S. will debate with Latin American presidents at the summit, there is no possibility that the administration will shift gears on drug legalization.

Ethan Nadelmann, who directs the New York-based Drug Policy Alliance and has advised some Latin American leaders, says what those leaders want to debate is more nuanced.

"They're not saying legalize everything today, like alcohol and tobacco," he said. "They know that's not possible. What they are saying is we need to give the same consideration to alternative, regulatory and nonprohibitionist and public health policies in the future as we've given to the failed drug war strategies of the last 40 years."

"If we find that there is a better alternative that will take away the profits from the criminal organizations, and that maybe you can address the problem of consumption in a more effective way, then everybody will win," said Santos, the Colombian president. "And this is what I want, a discussion without a specific proposal."