Accessibility links
Jason DeParle: Welfare Overhaul's Impact On America's Poorest New York Times reporter Jason DeParle recently traveled to Arizona, where many people have been dropped from the welfare program. Republican leaders now want to apply the changes made to the welfare program to other aspects of the social safety net, such as Medicaid and food stamps.

The welfare program that operated in the United States between the Franklin Roosevelt administration and the Clinton administration offered poor families assistance with few requirements or time frames. States could enroll as many people as they wanted in the program, and the federal government would match their funds.

That changed in 1996, when President Clinton signed legislation overhauling the nation's welfare system. The new law — referred to as the push "to end welfare as we know it" — took away federal matching funds from states, giving them little incentive to bring new people onto the cash welfare rolls.

That's affected growing numbers of poor people across America. Sixteen states have decreased the number of people receiving welfare benefits since the recession hit. And most states are using their allotment of federal welfare dollars to make up for budget deficits in other areas.

"States are getting the same amount of money that they did 15 years ago, even though their caseloads are down by two-thirds," says New York Times reporter Jason DeParle. "So on a case-by-case basis they have much more money than they used to, but under the federal law, they're allowed to transfer almost unlimited amounts of that money to other programs that have some connection to the needy. Some of these programs are, in fact, worthy services for the poor. The point is, it wasn't what this program was intended to do, which was to provide income support for poor mothers and their children."

On Thursday's Fresh Air, DeParle talks about his recent article examining how restructuring the welfare program has affected the poor — and particularly poor women — during the recession. He notes that the number of Americans receiving cash welfare payments has sharply decreased, while the number of Americans receiving food stamps has grown rapidly.

"A big part of the reason is because the federal government pays the entire cost of that program," he tells Fresh Air's Terry Gross. "And states take positive steps to discourage people from getting cash assistance, and they do broad outreach programs to help people getting on food stamps. When the federal government pays the bill, the states act in a very different way."

DeParle recently traveled to Arizona, where the unemployment rate is one of the highest in the country, and the welfare caseload is half of what it was before the recession. Advocates of the current welfare system point to states' reduced caseloads as a sign that welfare changes have worked. U.S. Rep. Paul Ryan, R-Wis., chairman of the House Budget Committee, has called the welfare program an "unprecedented success." He and other Republican leaders now want to apply the changes made to the welfare program to other aspects of the social safety net, such as Medicaid and food stamps.

"That's why the fate of the welfare bill ... has a much larger importance right now, because it is being seen as a model for remaking much, much larger parts of the federal government," says DeParle.

For those of us who never think twice about having enough food, it's hard to imagine what a daily struggle it is for some needy families.

While in Arizona, DeParle met with many single mothers who have been dropped from the welfare rolls. Many were desperate to make ends meet. They told him that they were selling blood, returning to abusive homes — and even selling their food stamps. DeParle says selling food stamps is a common practice, but he doesn't want to give the impression that the food stamp program is being used or abused.

"In my travels through low-income America, I have — over a period of many years — repeatedly been struck by how often and how hard people struggle to keep food on the table throughout the month," he says. "For those of us who never think twice about having enough food, it's hard to imagine what a daily struggle it is for some needy families. So the fact that desperate people are monetizing their food stamp benefit to some degree or other, I think is more of a comment on the restriction of cash aid than it is on the need for food stamps." 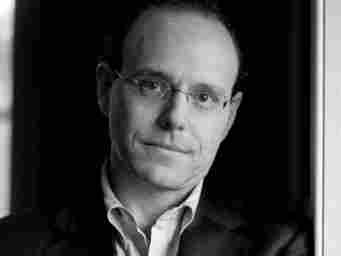 On the response to his article

"Some were of the 'why should I care about these people?' variety. [For example] 'Why should my tax dollars go to help these people who are not working, who have not worked in the past, who are here illegally?' And the short answer is that they have kids. The cash welfare program has always been for families with children. We don't provide cash aid to single adults. So everything these women have been through ... they were all doing with children in tow."

On why poor women have not gotten a lot of attention

"I think one of the reasons this group of people hasn't drawn more attention in the downturn is that they tend to have a lot of problems that would make them politically unpopular. Some have addictions. Many have violent boyfriends. A great many have mental health problems. They can be a hard group of people for the general public to feel sympathetic toward, particularly during economic downturns. Throughout the past four years, we keep hearing about the impact of this economy on the middle class, which of course is important. But it's having a great impact on these people, too. They can resort to strategies that make them seem unsympathetic. That's what's been missing from this debate. This recession aftermath has been so framed in terms of an impact on the middle class that the poor have largely been pushed out of the spotlight ... and they're really in political oblivion right now."

On people who cannot get on the welfare rolls

"One of the costs is that people who do not or can not or for whatever reason don't make that transition [from welfare to working] — they might be addicted, they might just live in a place of terribly high unemployment — there's much less left for them. They can fall further, much further, under the new system, than they could under the old."