Accessibility links
Three-Minute Fiction: Antiques She closed the book, placed it on the table, and finally, decided to walk through the door. She couldn't prevent herself from releasing a wistful sigh as she pulled off the fabricated-latex gloves and removed the oxygen device that protected the room from her contaminated breath. She gasped. 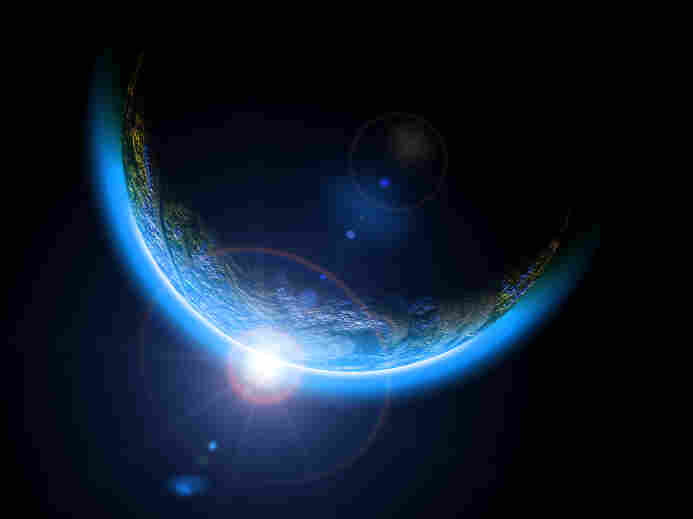 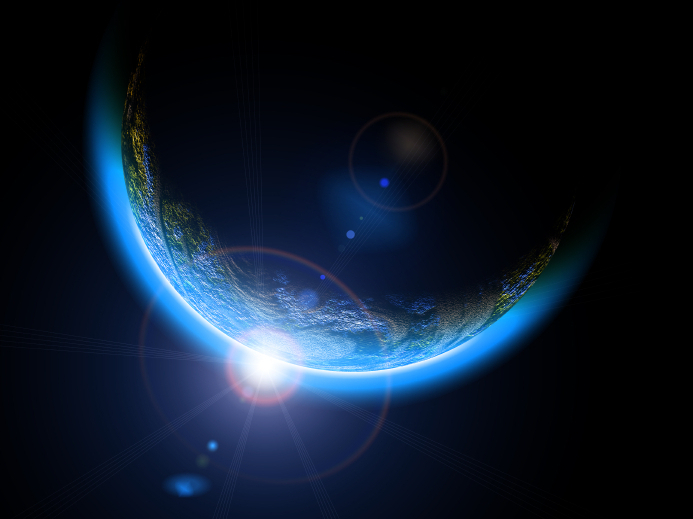 She closed the book, placed it on the table, and finally, decided to walk through the door. She couldn't prevent herself from releasing a wistful sigh as she pulled off the fabricated-latex gloves and removed the oxygen device that protected the room from her contaminated breath. She gasped.

The smell of paper alone was enough to make her wince in reminiscence of childhood memories in which books were actually held with free hands, filling (real wood!) shelves and spilling onto the floor. The odor of real fruit had the same effect on her. She could tell from across the house when Earl managed to bring home an orange, its pungent smell sending waves of nostalgia pulsing through the box-home, causing its techwalls to light up in sympathetic swirls of shimmering light.

As the steel door slid into place behind her, Talia blinked in the lighted glare of the tubed hallway, tried to remember what maze of linkages had brought her here. Most of the links remained the same, but some of them shifted if workers were repairing air ducts or installing new screens in the tube walls. Today, it seemed, the passageways had remained intact, and she proceeded with purpose to her father's quarters.

Her father wasn't there, of course, but Talia let herself in anyway, using a deft blend of hand-print swipe and numerical code entry. The place was disheveled, as always, littered with familiar items that seemed out of place here, but which she knew had reminded Carl of Earth.

An old lamp, with no bulb to light it, sat next to a tattered sofa. A replica-wool rug was curling at its edges on the floor, jutting up against the biggest anomaly: a brick fireplace, lovingly rebuilt brick by brick over Carl's first 10 years on the station, with a single brick arriving with every shipment from Earth, courtesy of Carl's old friend Kline, who had decided to stay on Earth to the end.

Talia found herself drawn to the corner. Here, Carl kept his collection of media antiques: mobile phones, digital watches, calculators, and her favorite: a "projector" that could be connected to a black box that would play images when a shiny circular disk was inserted into it.

Of course, all of this required a rigged generator and some basic tools for wiring to get the right level of energy, but it was worth it to see the flickering pictures of people in natural sunlight, people blissfully living in buildings that sometimes climbed dozens of levels high, people flying over immense landscape punctuated by trees (real trees!) — kilometer after kilometer of green trees in rolling succession on formations that were sometimes called "hills" and other times "mountains."

Carl's machine could no longer play sound, so Talia made a game of guessing what the people were saying, knowing that her emphasis on imagining their gratitude was almost always out of sync with the casual sense of assumption with which they ate real food and drank clear water (taken right out of the ground!).

Today was a day for memories, and Carl's absence only reminded Talia of all she had never known on Earth, and yet still left behind. She thought of the book she had been reading in the Library, and wished it could have stayed in Carl's room where it belonged, acidic air be damned. But she knew that if it was to last, the book would have to be protected. And if they were ever to return to Earth after detox, they would need to remember who they had been.