Accessibility links
Rock Hall Inductees Battled For The Future Of L.A. Rock Hear how Rock and Roll Hall of Fame inductees Guns N' Roses and the Red Hot Chili Peppers each grew out of — and survived — the hair metal and punk music clash in L.A. during the 1980s. 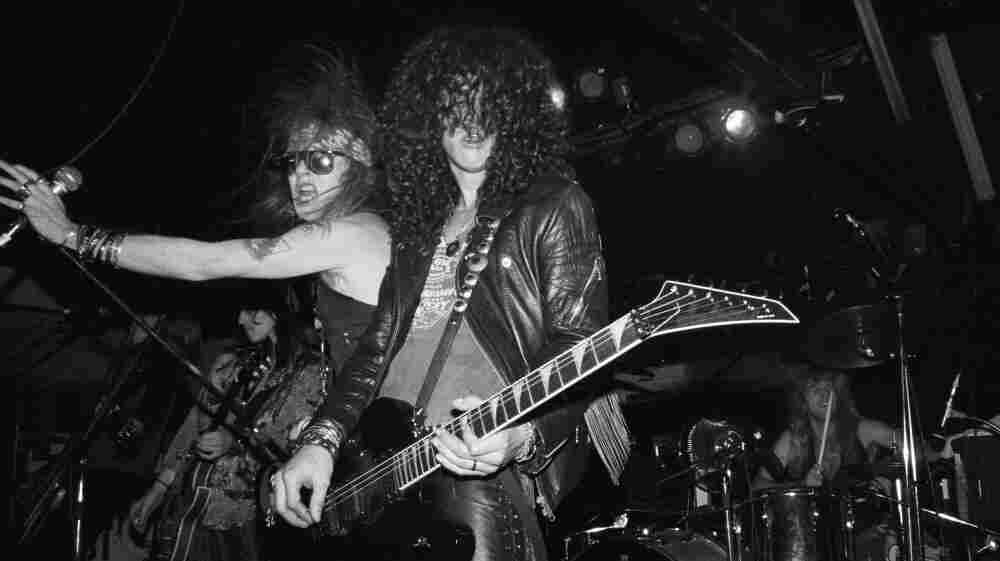 A new batch of performers will be inducted into the Rock and Roll Hall of Fame this week. In the days leading up to the induction ceremonies, Morning Edition is visiting the cities that gave birth to the inductees. Today: the story of a battle for the future of rock 'n' roll that took place on the streets of L.A. in the early 1980s.

On one side was the raw, stripped-down sound of punk-rock bands such as Black Flag, Fear and X, who spun fast, hard stories for the city's street kids. As a teenager, Michael Balzary was a big fan.

"X was probably the one I loved the most," Balzary says. "They really affected me powerfully. I was in love with them — I saw them every chance I got."

The kid who would one day be known as Flea and play bass for the Red Hot Chili Peppers would never have listened to such sounds just a few years earlier. He had been schooled in the more sophisticated structures of jazz and classical music. But one day, he had a revelation.

"[I thought] wait, hold on. It doesn't matter how simple it is. It's the spirit and the emotional content, and the feeling behind it," Balzary says. "The intention is way more important, whether it's John Coltrane, Bach or a two-chord punk band. And that changed everything for me."

Balzary's Fairfax High School classmate, Steven Adler, had his life-changing experience watching bands on the other side of the Los Angeles musical divide. These sounds were big and theatrical, with players sporting spandex, makeup and lots of hair. The future Guns N' Roses drummer hung out by the stage doors of clubs along Hollywood's Sunset Strip, peeking inside at larger-than-life performers like Ratt, Motley Crue and Van Halen's David Lee Roth.

The rise of the so-called hair-metal bands dealt a major blow to the local punk movement, according to Tequila Mockingbird. That's the stage name of an actress, singer and longtime observer of the Los Angeles music scene, who's now the curator of the city's new Punk Rock Museum.

"People wanted rock stars to come back," Mockingbird says. "They had lost the rock-star thing, because the punk scene had destroyed all stars — that's what that scene was about. Like, 'We are the common man artist,' as opposed to, 'We are the rock stars, we are the gods.' "

Being a star was the last thing on Balzary's mind when he got together with some friends to form the Red Hot Chili Peppers.

"I really got into being a band for the people, by the people, relating," Balzary says. "Like, when I was on stage, I just felt like I was at a party with everybody and we were all going crazy, and we just happened to have the amps and guitars and microphones." 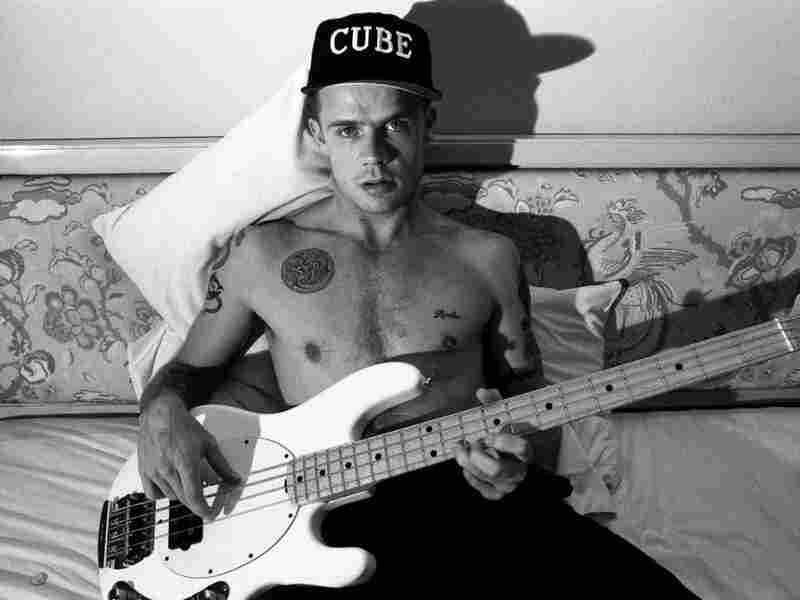 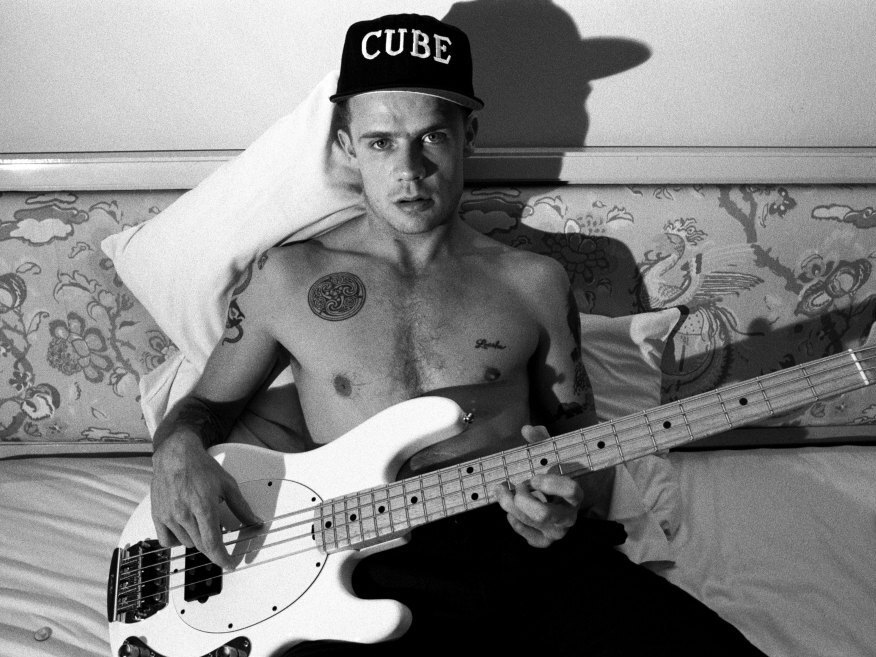 Adler says his childhood dream of being a rock star took a hit when the Sunset Strip started getting crowded with hair bands.

And yet Adler, who speaks with a speech impediment as a result of a 1996 stroke, says Guns N' Roses competed with those bands at every level.

"Guns N' Roses had the attitude that we wanted to be a great band and make great music and a great record, and then all of the girls and the drugs will just come naturally," Adler says.

Heavy substance abuse informed the music — and the lives — of both Guns N' Roses and the Red Hot Chili Peppers. Cocaine and heroin saturated the L.A. music scene of the 1980s. Tequila Mockingbird says it was devastating.

"Half this town is in AA now," Mockingbird says. "The whole town should be in rehab; half of it is."

Rehab didn't come soon enough for Steven Adler, whose stroke came after a drug overdose — the result of a kid's illusions about fame in Hollywood.

"Because that's what I thought you did," Adler says. "All our idols — Alice Cooper, Steven Tyler, Keith Richards — those were people we looked up to, and they did drugs."

Balzary says doing drugs was part of his Hollywood life, too.

It turns up in one of the Red Hot Chili Peppers' hit songs, "Californication" — about the contrast between the real L.A. and the dreams it likes to peddle:

As kids, Balzary and Adler fell under that spell. Both musicians say they are living sober lives now — a little older and a little wiser about the city that gave them their start.