Accessibility links
Movie Review - 'Monsieur Lazhar' The Canadian drama Monsieur Lazhar, about a teacher who steps into a job no one else wants, was nominated for this year's Oscar for Best Foreign Language film. NPR's Bob Mondello says the Montreal middle school at the film's center is populated with intriguingly complicated characters. (Recommended) 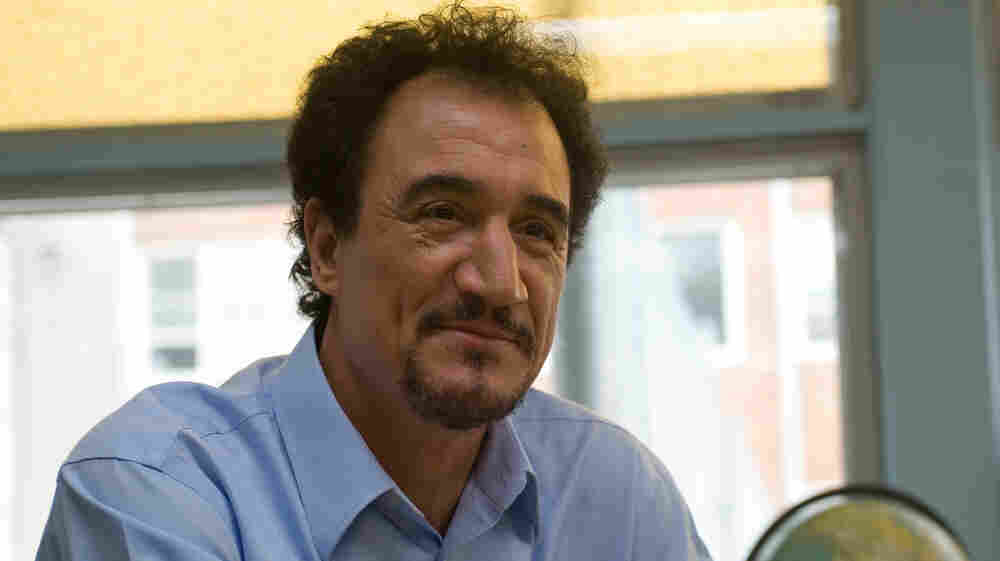 Mohamed Fellag, an Algerian comedian and humor writer, plays the title character in the Oscar-nominated Monsieur Lazhar, who steps in to teach a class of middle school students at exactly the right time. Music Box Films hide caption

From 'Monsieur Lazhar' - 'After The Trauma'

At the start of a bright, sunny day that seems otherwise like any other day, a popular teacher is found dead in her classroom. It was suicide.

The school is traumatized, especially that teacher's students. By the next day, the principal is at her wits' end trying to find someone willing to take the class. So when Bachir Lazhar (Mohamed Fellag) offers to teach, it comes at just the right moment.

As Lazhar tells his Montreal middle school class, his name means "bearer of good news." Lazhar is a 50-something Algerian immigrant with a neatly trimmed goatee, 19 years of teaching experience, and some tragedies of his own that he doesn't want to talk about.

Lazhar also comes with some rather old-fashioned ideas about the classroom — he wants all the desks in straight rows, for instance, which inspires much pushing and scraping. His status as a dinosaur is cemented when he uses a passage from Balzac to test the writing ability of his 11-year-olds. When the vocabulary is a bit beyond them, he has to do some explaining.

"A chrysalis," he tells them, "is that stage between caterpillar and butterfly, when the insect is in a fragile cocoon, preparing to spread its wings and fly ... like you."

"He talks like Balzac," notes one student to giggles from others. But their new teacher has gotten it exactly right — the school is a protective cocoon.

Or at least it should be. The kids have faced so public and immediate a tragedy that someone needs to get the kids back to spreading their wings, and Lazhar is the man to do it.

How he does it and what it costs him is the heart of Philippe Falardeau's enormously engaging movie, which centers on the difference between Lazhar's approach to grieving (born of his own suffering in Algeria), and that of the school, where everyone avoids talking about what happened, and teachers aren't allowed to make physical contact with students who seem desperate for a hug.

Fellag, a comedian and himself an exile from Algeria, makes Lazhar both a sensitive and an amusing figure. And the kids are just terrific, especially Emilien Neron as a boy who carries the guilt of the whole school on his shoulders.

It's easy to imagine Monsieur Lazhar becoming pat and sentimental in the wrong hands — full of teaching moments about immigration and grief and building bridges. But thankfully, the filmmakers are clear-eyed, and so is their lovely, provocative movie. (Recommended)