I want an album filled with surprise, with major shifts in style and fun, kick-ass fun. So after only one listen I knew that Jack White's new album, Blunderbuss, would become one of my favorites of the year. When I found out just before SXSW that I'd be able to talk with Jack White about making this new record, I was thrilled. Jack White and I have had a series of conversations over the past year or so about some of his quirkier projects for his label, Third Man Records. He's a guy who loves to talk about "process" and how things come to happen. It was with that in mind that we sat down to talk at the historic Driskill Hotel in downtown Austin, Texas, this time with video cameras rolling. We were both on very little sleep — SXSW will do that to you — but the conversation was free-flowing and candid and it was good to hear him so excited about this new music. Blunderbuss comes out April 24. 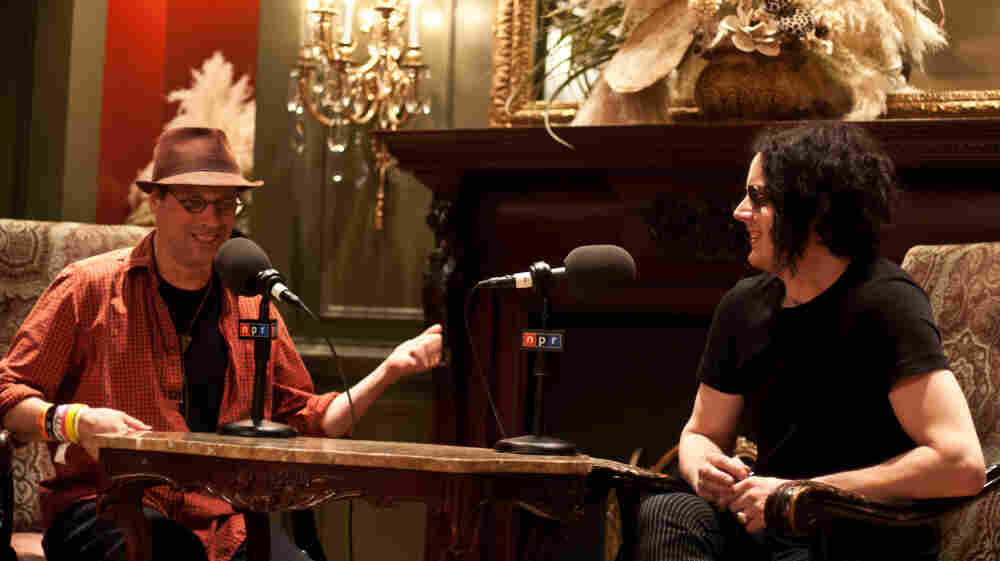 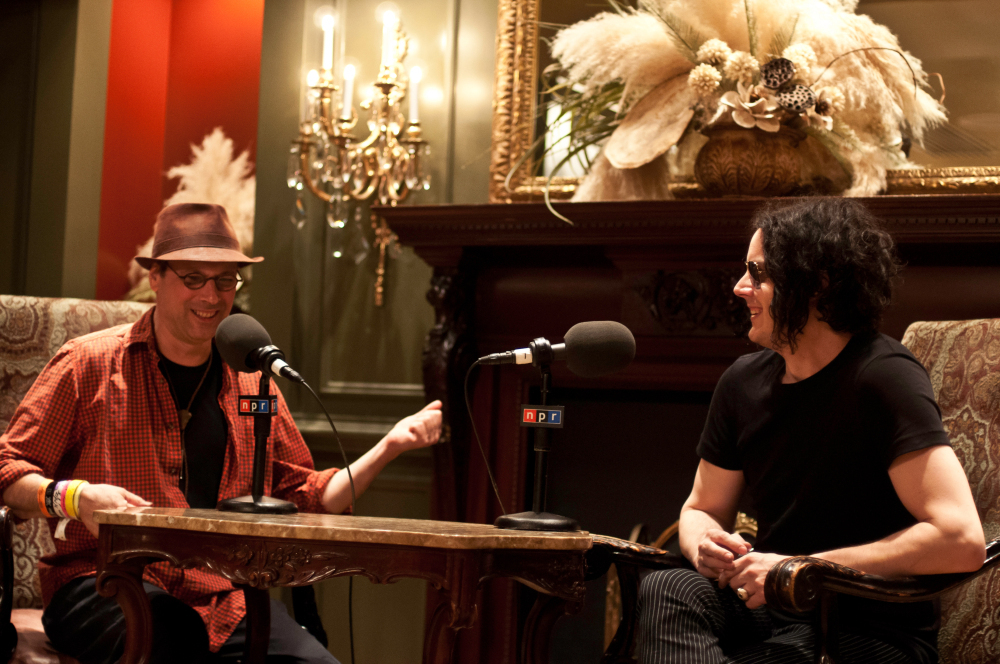 All Songs Considered host Bob Boilen and Jack White in conversation at the historic Driskill Hotel in Austin, Texas.

On words he hates

"When you put something out there into the world, there's all these words you don't want to hear, that you hope people don't say. I don't anything that starts with "re" — like retro, reinvent, recreate — I hate that. It's always like living in the past — copying, emulating. I hate the word "collaboration." It's like, if I produce a record with Tom Jones, I'm not collaborating with Tom Jones. It makes you think you're up in a cabin collaborating together. Anyways, I love when you hear different things from different people, then you know you're getting somewhere."

"All it takes is one girl"

"I learned with Allison Mossheart in The Dead Weather — it was hard to tell with The White Stripes — but with The Dead Weather all it takes is one girl. If you have twenty guys in the room and you just bring in one girl, you change the entire mood and everyone plays different. That's what happened in The Dead Weather and that's why I think we became such tight friends and we all wrote. The four of us wrote in that band, I think, because of her and her attitude." 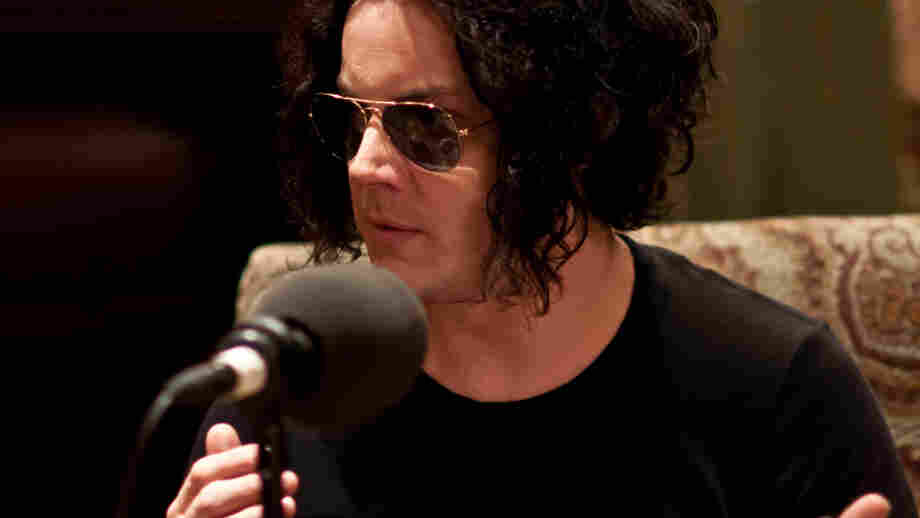 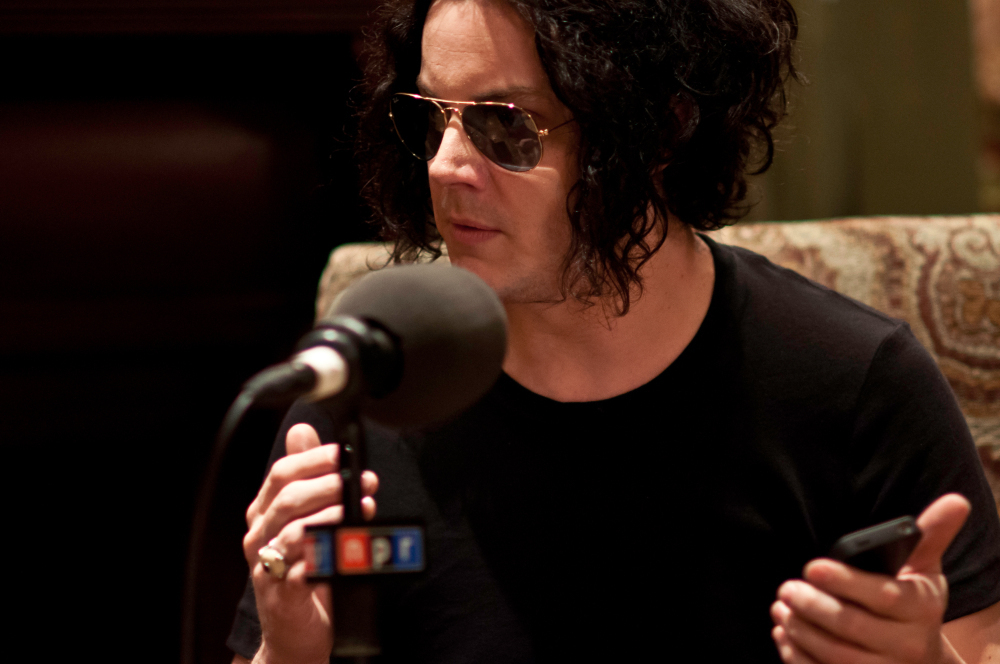 Jack White in conversation with NPR.

On being the boss

"I came up from growing up with a lot of Catholic guilt, a lot of punk rock, hipster guilt in the later years where I think people have thrown a lot of things on me. Where I always felt like I'm not supposed to tell the horn section what to play or I don't want to come off egotistical or like a control freak to tell a piano player to change the rhythm to waltz time now because it will make this thing happen. But now I'm in a position where I own the studio and the people who come in to work on music. They want to make something beautiful happen and somebody needs to direct it, and I feel like ... forget all that guilt." 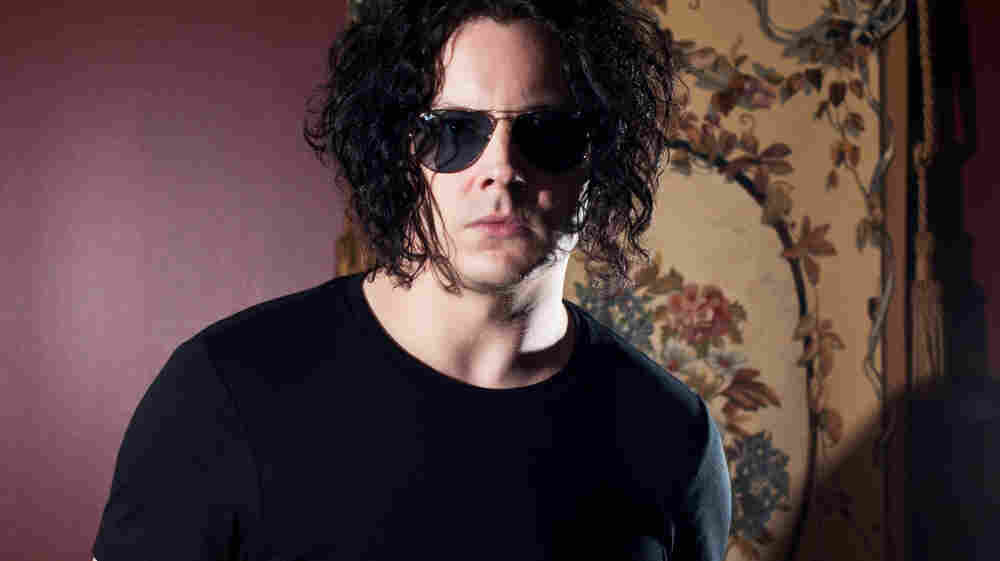 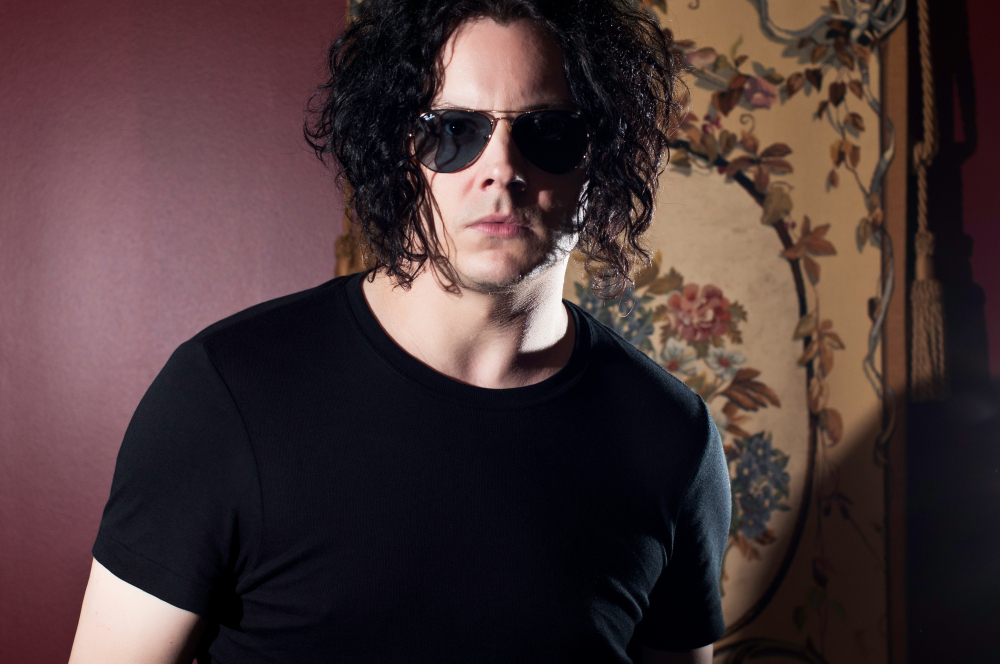 On choosing to go with a major label

"[Columbia's] history is amazing. They're the first record label. The very first. They invented the album. They've got an incredible history. So I always thought if I did a solo record it'd probably be a great idea to do it with them and I just hadn't done one 'til now. Some of my friends say, 'Why didn't you just put it out on Third Man? You have your own record label, just do it.' And I think the thing is about Third Man is that, yeah, we can put this thing out on iTunes and we can put things out on vinyl. We got those things fine. We can produce tons of them like that, but if you want to put out a million CDs and sell them and get them played on the radio, and even videos, or whatever, if that still exists, that kind of muscle can only come from a label like Columbia. And I really didn't want to do this album a disservice. I ain't got nothing to prove about being indie or anything like that."