Accessibility links
The Fourth Stooge: Memories Of 'Uncle Shemp' NPR's Sue Goodwin says Hollywood may not always remember the man her father called "Uncle Shemp," but her family does. 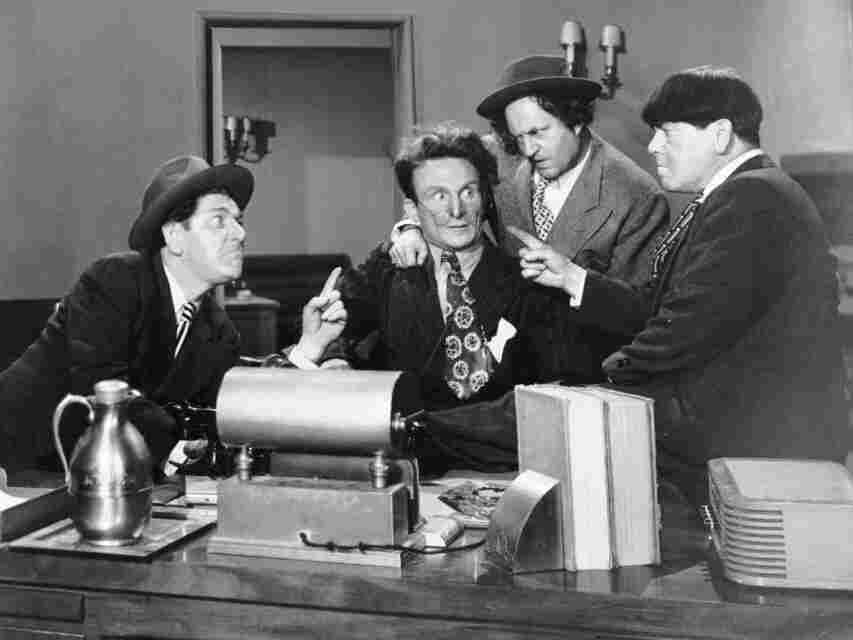 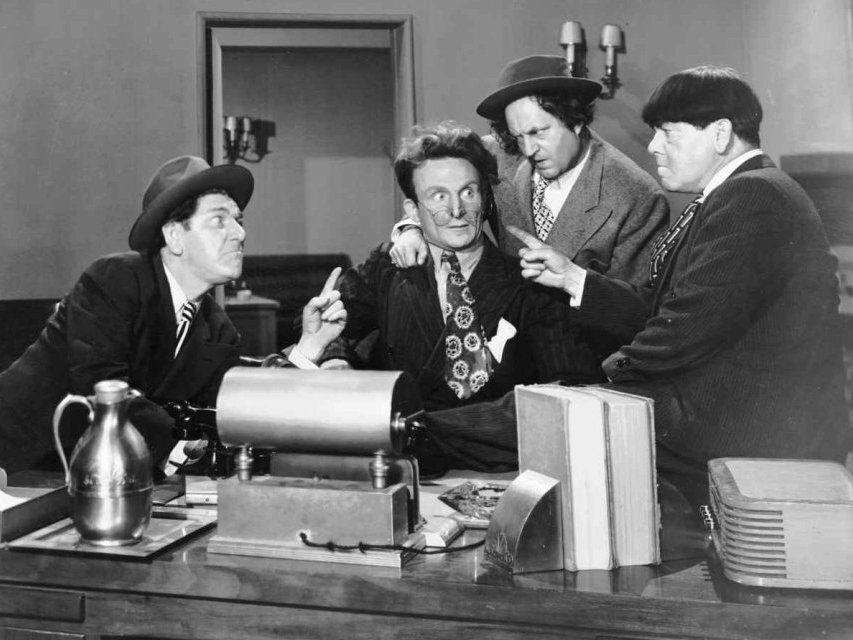 Shemp Howard (at left) is seen in an undated studio handout photo with actor Emil Sitka (second from left) and the other two then-Stooges, Larry Fine and Moe Howard.

This weekend, the Farrelly Brothers' version of The Three Stooges arrives in theaters. You'll see plenty of Larry, Moe and Curly. But who won't you see? Shemp. Or, as NPR's Sue Goodwin calls him, "Uncle Shemp."

That's right. Uncle Shemp was married to Gertrude, the aunt of Sue's father, Bill Goodwin. Bill even lived with Aunt Gertrude and Uncle Shemp for a time and remembers his uncle as a man who never hesitated to help others during the hard times of the Depression. While Sue never met Shemp Howard herself, as she reports on Saturday's Weekend Edition, her father remembers that life wasn't always easy in slapstick.

"Well, I remember once he came home with a black eye," Bill Goodwin says, "and I asked him what had happened, and he told me that they accidentally — I forget which one, whether it was Moe or Larry that did it, but, uh, he accidentally got hit very hard when he was supposed to, you know, not get hit hard."

Eventually, Shemp left the group he'd formed with his brothers to go solo in Hollywood, and his brother Curly took over. Later, when Curly was unwell, Shemp returned until his death in 1955. Sue, who's the executive producer of Talk Of The Nation, says she was born too late to know Uncle Shemp, but she's always known he was part of the family. "Just being related made me feel a little bit famous myself," she says.