Accessibility links
Three-Minute Fiction: This Time Will Be Better She closed the book, placed it on the table, and finally, decided to walk through the door. Anne experienced a flash of vertigo when she looked down the stairs. She hesitated for a moment, estimating the miles and years they had tread up and down those stairs, and each step felt immeasurably longer this time.

This Time Will Be Better

This Time Will Be Better 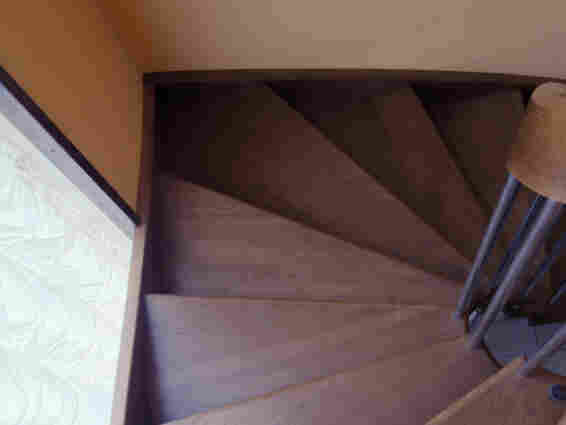 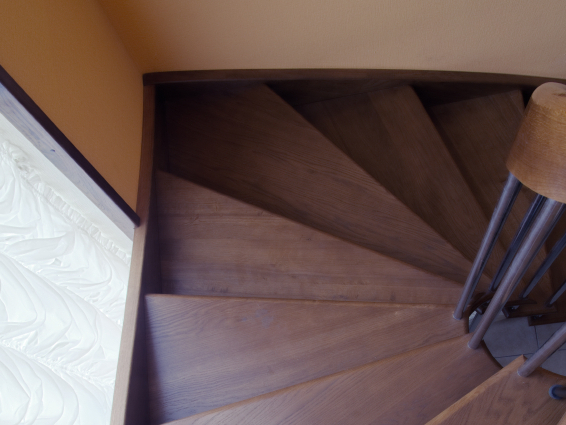 Anne experienced a flash of vertigo when she looked down the stairs. She hesitated for a moment, estimating the miles and years they had tread up and down those stairs, and each step felt immeasurably longer this time.

Anne's heart skipped a beat when her foot planted on the third to last step at the bottom of the staircase. She repeated her mantra, biting the inside of her cheek on the last word each time for emphasis.

As nervous tics go, this one seemed a lot healthier than lighting up. Her tongue savored the tangy hint of blood, a signal that she needed to head to the store and buy another pack of gum. A gurgle of acid and anxiety bubbled up below her solar plexus; her stomach protested the thought of more gum and spit riddled with chemicals.

When Anne turned the corner around the newel, she let her fingers savor the curves of the California black oak finial that capped the handrail. The bullnose at the bottom showed wear and tear from every step they took over the years. Rick carved the ornament by hand for their 15th anniversary, which was also the seventh anniversary of when they moved into the house. Traditional to a fault, Rick tucked a copy of the blueprints into the hollow post at the foot of the stairs.

Rick sculpted the finial from a century-old tree that toppled a few months after Grandma June died, just days before the lawyers called them to sign the final paperwork selling the family estate. Rick had to soothe Anne's superstitions. No, it was not a sign that they were making a mistake. We were meant to start a new life together, in a new city, a new house. There is no shame in moving on. California, after all, was founded by countless dreamers who uprooted their families and chased destiny in the glimmer of the setting sun.

Rick and his brothers built the house, plank by plank, for three years. Anne remembered the day she broke down into tears, cursing Rick for taking his damn time when all she wanted was a home.

Anne longed to crawl into the spandrel and wrap herself in blankets and old wedding photo albums. Maybe if she hid, like her daughter had dozens of times before, it would all go away. Anne missed hearing sweet muffled giggles from behind the triangular door under the staircase. Life seemed simpler then. Love came easy, hard times passed quickly. Or was that just another trick of memory?

Gulping down a deep breath, Anne marched down the hallway to the family room. Rick read a book in the afternoon sunlight, feet kicked out across the table he made for their first apartment after college. She glanced at his calloused hands, tough from decades of carpentry. Publicly, Anne fell in love with his eyes and his smile first, but privately, those hands won her heart. Rick looked up and smiled, crinkles of age framing green eyes.

Just do what the book says.

"My cancer is back."

The wind chimes outside the bay window moved, but failed to make a sound.

Rick stood, walked to Anne, and cradled her in his arms.