Accessibility links
Norway 'Still Shattered' As Extremist Goes On Trial Norwegians will be confronted again with the terrible details and trauma of the worst peacetime attack in the country's history. Anders Behring Breivik, who has confessed to killing 77 people in a bombing and shooting spree last July, will start his trial in Oslo on Monday. 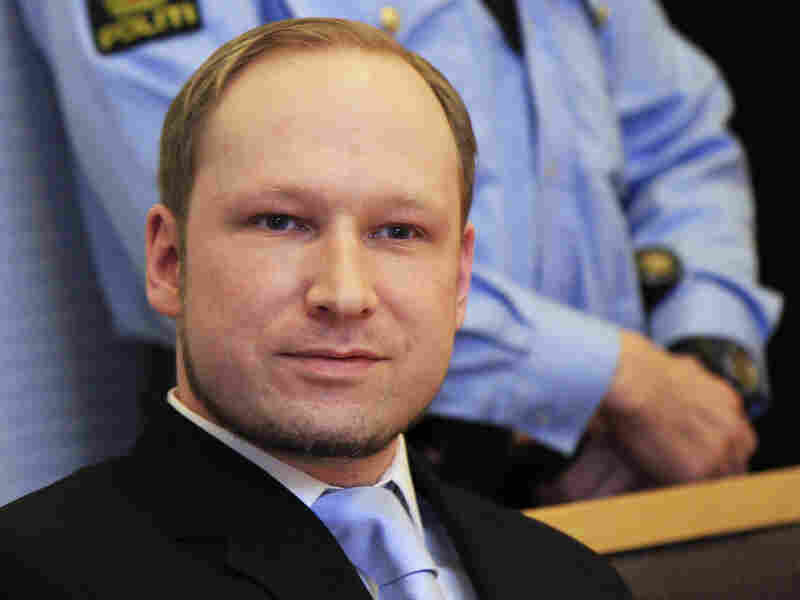 Anders Behring Breivik, a right-wing extremist who confessed to killing 77 people on July 22, 2011, will go to trial in Oslo, Norway, on Monday. Lise Aserud/AP hide caption 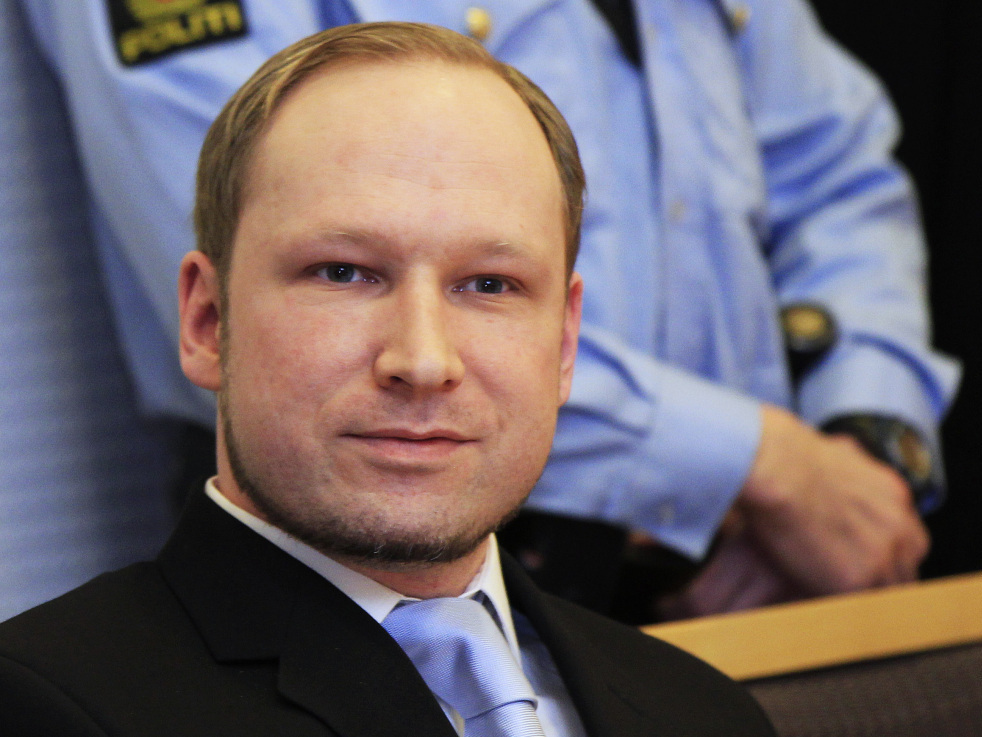 Anders Behring Breivik, a right-wing extremist who confessed to killing 77 people on July 22, 2011, will go to trial in Oslo, Norway, on Monday.

Norwegians will be confronted again this week with the terrible details and trauma of the worst peacetime attack in the country's history.

Police say last July 22, Anders Behring Breivik set off a car bomb in the center of Oslo near government offices. The blast killed eight people and spun residents and police into a state of chaotic alarm and confusion.

The bombing was a deadly diversion that allowed the right-wing extremist to then make his way to the small bucolic Island of Utoya. There, dressed as a police officer, Breivik roamed the island and methodically gunned down 69 people — most of them teenagers attending a summer camp for the ruling Labor Party.

Hoping To Move On

Breivik, who has confessed to killing the 77 people and injuring dozens more, has said the attacks were a bid to stop a "Muslim invasion" of Europe. He goes on trial in Oslo on Monday.

Nowadays, the orderly streets and sidewalks of Oslo are lined with blooming spring flowers. Families and safety-helmet wearing cyclists are out enjoying the sun. On the surface, it's hard to tell that some Norwegians are still deeply shaken by the massacre.

Frank Rossavik, a commentator for a leading Norwegian weekly paper, says many people want to move on. They are tired of hearing Breivik's name and about the horrific details. But the trial is now bringing it all back to people's computer screens, to their doorsteps in the morning paper and back into their psyches.

"People are still shattered, and when they read about the awful things that went on in Utoya, the sadness comes back, and the shock comes back, to some extent," Rossavik says.

'You Have To Protect The Society'

Breivik has voiced no remorse for the massacre. He considers it part of a so-called "war" against multiculturalism, immigration and Islam, which he sees as the downfall of white Christian Europe. He has said his only regret is that he didn't kill more people.

The case has sparked debate anew in Norway about the country's liberal criminal justice system. Breivik is charged with crimes including terrorism, and the maximum sentence if convicted is just 21 years.

The idea that Breivik could be out in two decades doesn't sit well with survivor Per Anders Langerod. The 26-year-old graduate student hid behind a rock before diving into the water and swimming for his life while Breivik killed those around him. He held on to a makeshift raft until rescuers plucked him from the cold water.

He told APTNvideo that he now supports a life sentence option for crimes such as Breivik's.

"Sometimes that is the right thing to do because you have to protect the society," he said. "And I won't run the risk of meeting Anders Behring Breivik on the subway in 20 years. That's not an option for me. Then I'd have to move from Norway."

The trial is expected to center on Breivik's mental health. Two sets of court-appointed psychiatrists have issued contradictory reports. The first said Breivik was a delusional paranoid schizophrenic. The second report said he was not psychotic or mentally ill at the time of the crime.

Norwegian crime novelist Jo Nesbo, a longtime Oslo resident, says the mass murder will leave an indelible mark on the country for decades to come. But he's not convinced it will affect Norwegian society in the way, say, the Sept. 11 terrorist attacks shook America.

"Simply because this was one individual, disturbed personality — he doesn't represent an important voice in the political landscape," Nesbo says.

Breivik targeted the future generation of the Labor Party, young people at the vanguard of what he detests: a more multicultural, ethically and religiously integrated Norway. However, the killing spree has only emboldened Norway's young people to get more involved: Membership in youth groups of all the main political parties has increased since the attack.