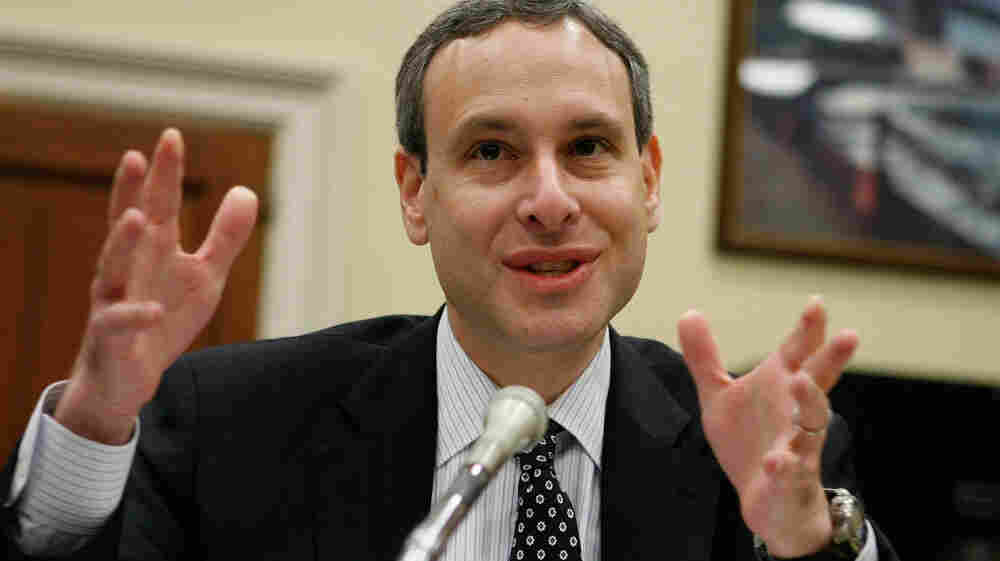 To create The Ultimate NPR Workout Mix, Morning Edition has talked to athletes, a musician, a dancer, a mailman and others about the music that makes them move. The right workout music can also help ease stress — and that's an asset for the man who has perhaps the most "taxing" job in the country.

Doug Shulman is America's top taxman, the commissioner of the Internal Revenue Service. Shulman says he loves his job, even though he knows he's not the most popular man in the country.

"The IRS, in many ways, is a misunderstood agency. When people hear the letters, 'I-R-S,' sometimes they have a negative connotation," Shulman says. "But 80 percent of Americans get an average of a $3,000 refund. So most people actually have a very pleasant experience with us, and our customer service ratings are very high. When you really talk to people, they don't have a beef with the IRS."

Nonetheless, if you're stressing over getting your taxes done before midnight Tuesday, Shulman has some songs that might inspire you to keep slogging through that return — the same songs that keep him going when he's on his exercise bike. His first pick is "Black Horse and the Cherry Tree" by KT Tunstall.

"It's a real rockin' song. It picks you up. It's got a great rhythm and beat, and it just keeps me moving in the morning — because sometimes I have to get up real early to do my workout," Shulman says.

Shulman says he has also made the songs "I Try" by Macy Gray and "Beautiful Day" by U2 part of his morning routine.

"You hope every day's going to be a good day in the morning when you wake up. When you're IRS commissioner, most days are good days, but occasionally you get some surprises."