Accessibility links
Carrying 'Dreams': Why Women Become Surrogates Most surrogates are paid thousands of dollars to bear a child for someone else, but many say that's not the main motivation. Women who are eager to get pregnant on behalf of others are inspired, among other things, by family history and a love of pregnancy. 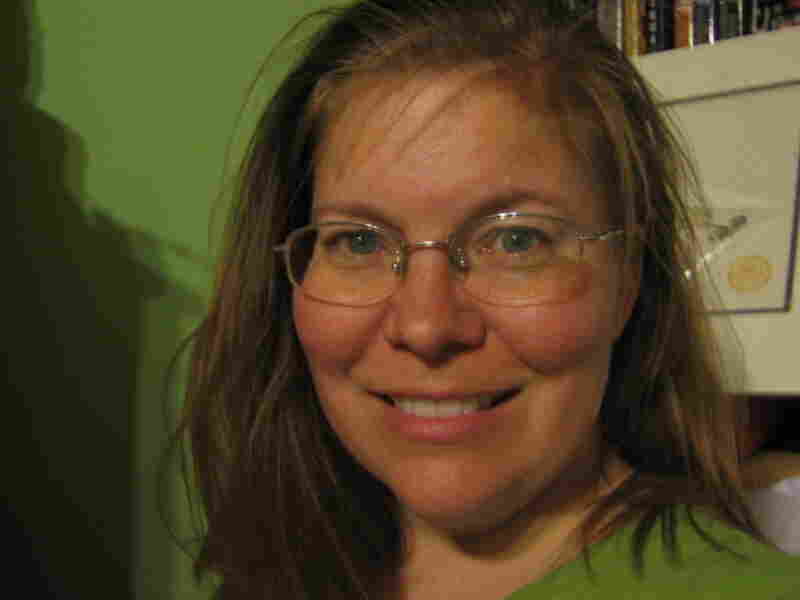 Since NPR's Marisa Penaloza spoke with Macy Widofsky, she has been deemed a good candidate for surrogacy and matched with a couple. Courtesy of Macy Widofsky hide caption 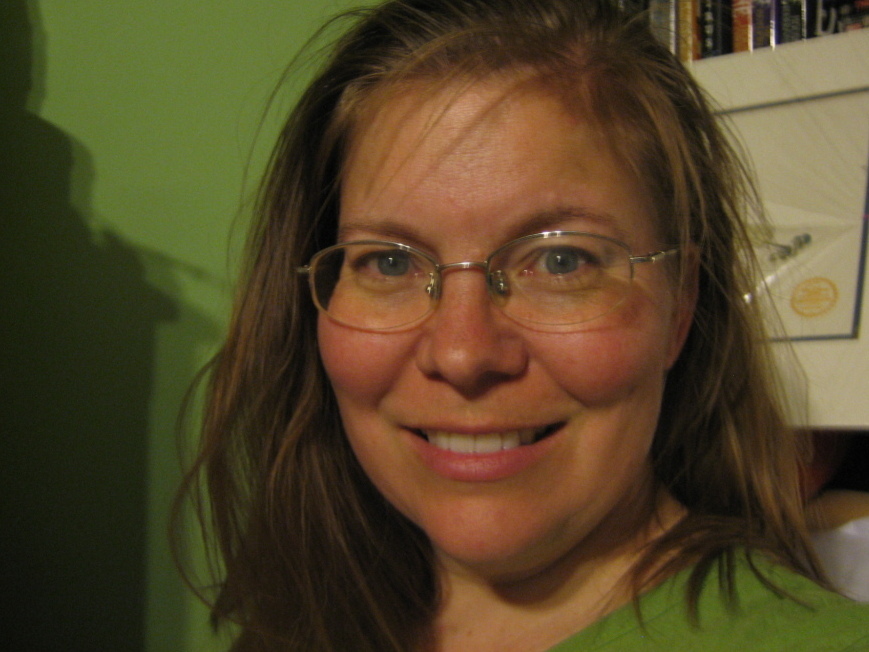 Since NPR's Marisa Penaloza spoke with Macy Widofsky, she has been deemed a good candidate for surrogacy and matched with a couple.

Last in a four-part report

Surrogacy is an idea as old as the biblical story of Sarah and Abraham in the book of Genesis. Sarah was infertile, so Abraham fathered children with the couple's maid. Today, there are many more options for people who want to grow their families — and for the would-be surrogates who want to help.

Macy Widofsky, 40, is eager to be a surrogate.

"I have very easy pregnancies. All three times have been flawlessly healthy, and I wanted to repeat the process," she says, "and my husband and I won't be having more children of our own."

Widofsky sits in the lobby of a fertility clinic in Reston, Va., where she's being tested to find out if she's a good candidate. Surrogacy runs in her family: Her mother was a surrogate when Widofsky was 12, and the experience left a mark.

"I was very impressed then that she was willing to help a family out this way, and I didn't realize at the time how uncommon that was," she says.

Widofsky's mom did what's called "compassionate" surrogacy, meaning she wasn't paid. Some women do it for family or a friend. Today, though, most surrogates get between $20,000 and $25,000 to bear a child for someone else.

Why One Surrogate Wanted To Help

Whitney and Ray Watts are the parents of 3-year-old J.P. Whitney carried twins for Susan and Bob de Gruchy. 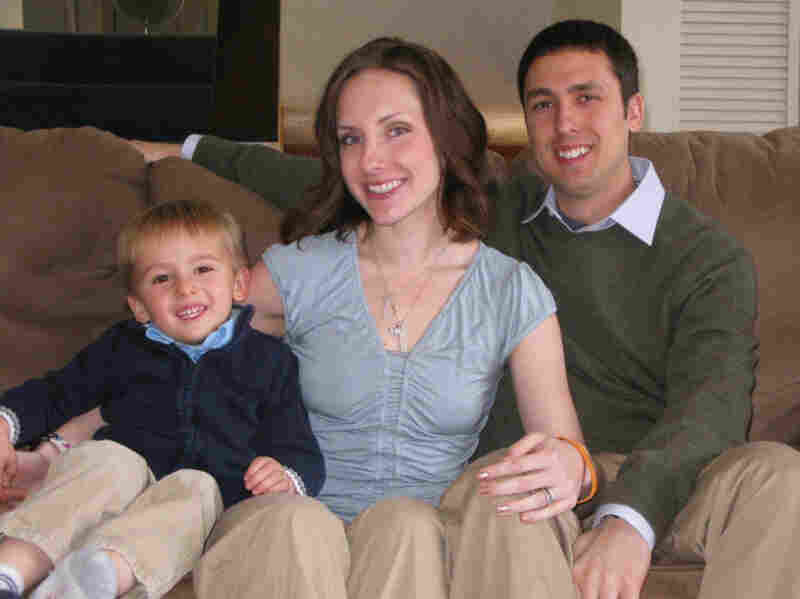 Surrogate Whitney Watts with her son, J.P., and husband, Ray. She says she was motivated to help others have a family because her own parents had infertility problems. Courtesy of Whitney Watts hide caption 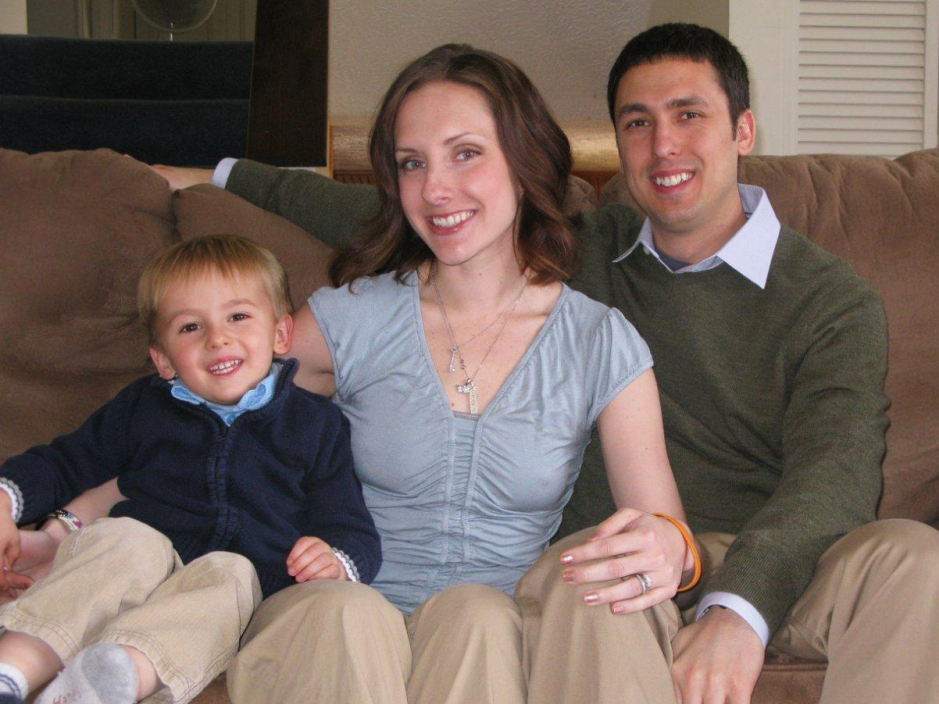 Surrogate Whitney Watts with her son, J.P., and husband, Ray. She says she was motivated to help others have a family because her own parents had infertility problems.

"To me, being a surrogate — it's like you're carrying someone else's dreams," she says.

That's part of what could make some people scratch their head. After all, it's easier to believe that a woman would give up a child from her womb for money rather than a desire to help.

Whitney, 25, says her parents went through infertility nightmares, and that gave her determination to help someone make a family. She says she didn't think about bonding with the baby.

"It was [in vitro fertilization]. It was their embryos," she says. "You just know they are not yours. You're just keeping them for a time to let them grow and then give them back to their parents, because they were never my babies. It's just my uterus that's keeping them."

Not Doing It For The Money

Sitting next to each other, 27-year-old Ray looks adoringly at his wife; they finish each other's sentences when they speak. The Wattses say they were looking for a couple they could connect with.

"It was very important to us to have a relationship with them," Whitney says. "Yes, it's a business contract in a sense, but it's so much more than that." Her husband agrees.

"Had Susan and Bob just wanted to pay money and get a kid, that would have been a deal breaker right away," he says.

Read More From This Series

Legal Debate Over Surrogacy Asks, Who Is A Parent?

The Watts say the health of the pregnancy — and ultimately of the twins — relied on the relationship developed by the couples.

Crystal and John Andrews live in Bel Air, Md., with their three kids. They are done building their family, but Crystal wants to be pregnant again. She says she feels "special" when she's pregnant. She decided to become a surrogate, and her family is onboard.

She says explaining surrogacy to her children wasn't hard.

"Ms. Becky wanted to bake a pie," she told them, "and she had all the ingredients. She got her pie together, went to put it in the oven, and her oven was broken."

Are You Doing Good If You're Getting Paid?

The issue of money, though, is real. It makes some people feel uneasy because motherhood is not typically financially compensated. Whitney Watts says she looked into compassionate surrogacy — doing it for free — but it didn't feel right.

"I would do compassionate [surrogacy] for a friend, but not for someone I don't know, through an agency," she says. "It wouldn't feel appropriate ... because you don't know what you are going to do until you get there."

Whitney says she didn't want to put her family through financial stress. As it turned out, she spent 55 days on bed rest at the hospital.

Elaine Gordon, a clinical psychologist in Los Angeles, counsels couples on family-building, including surrogacy, and on the issue of payment.

"I think people automatically feel that if money is involved then there is no altruism involved, and that's not necessarily true," she says. "We are all compensated for the work we do, and we still want to do good work even though we are compensated."

Gordon says many surrogates tell her the experience of having a child for someone else is so powerful that they want to do it again.