Accessibility links
How America 'Struck Back': Doolittle Raid Turns 70 Seventy years ago Wednesday, 80 Army Air Corps crewmen flew 16 B-25 bombers on a secret mission to Japan. The World War II attack became known as the Doolittle Raid, and this week, four of the five remaining Doolittle raiders will be gathering in Dayton, Ohio, to remember the mission. 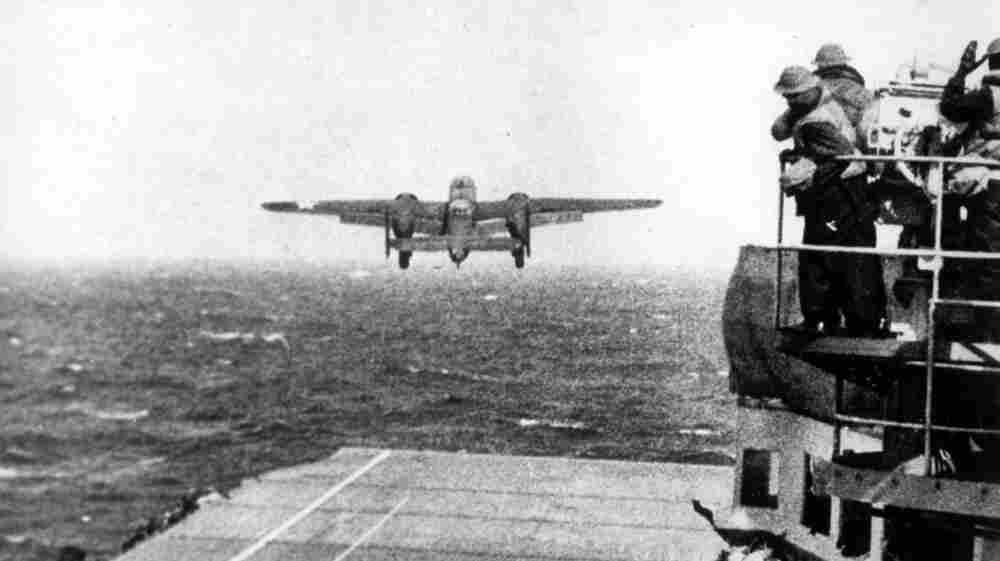 U.S. Navy crewmen watch a B-25 bomber take off from the USS Hornet for the Doolittle Raid on Tokyo on April 18, 1942. AP hide caption

It's just after sunrise outside the National Museum of the U.S. Air Force in Dayton, Ohio, when 20 B-25 bombers start showing up in the western sky.

The B-25s land outside the museum and line up on display. They're restored, privately owned military aircraft that were brought in to help remember the 16 bombers that left on a secret mission to Japan on April 12, 1942. None of those planes actually made it back — but most of the 80 Army Air Corps crewmen who flew them did. The mission was known as the Doolittle Raid, and this week, four of the five remaining Doolittle Tokyo Raiders will be gathering in Dayton to commemorate its 70th anniversary. 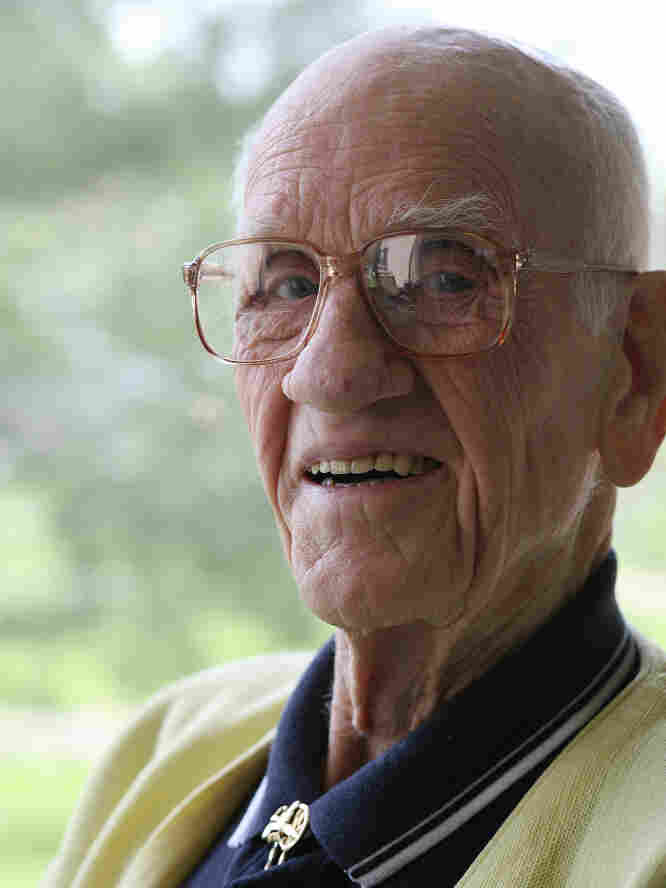 Thomas Griffin, 95, was a navigator on the ninth bomber to take off from the USS Hornet as part of the 1942 Doolittle Raid. Noah Adams/NPR hide caption 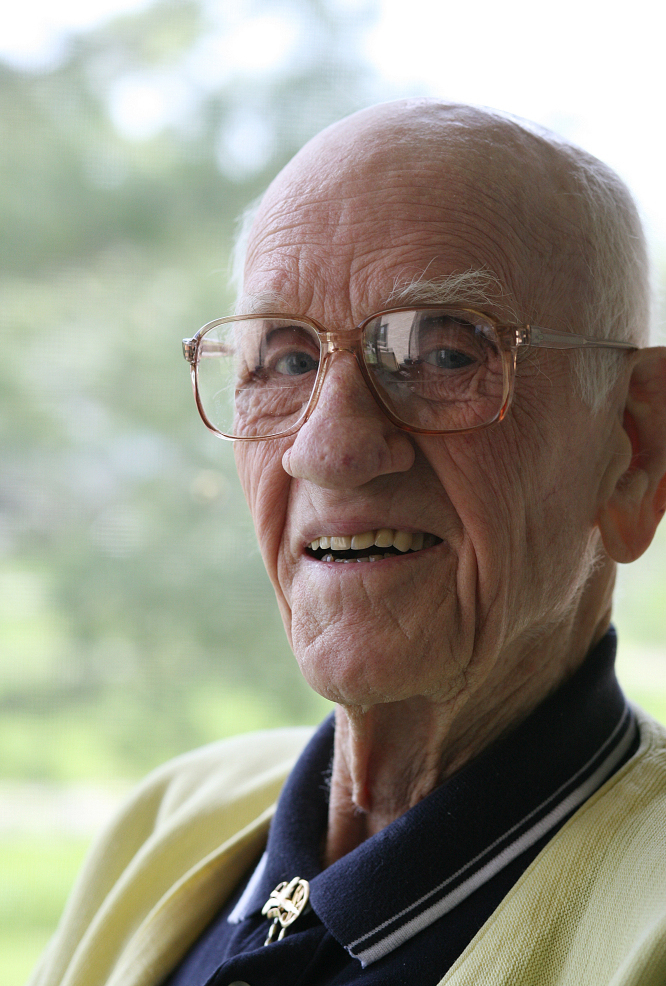 Thomas Griffin, 95, was a navigator on the ninth bomber to take off from the USS Hornet as part of the 1942 Doolittle Raid.

'A Big Surge Of Bravery'

The mission belonged to Lt. Col. Jimmy Doolittle, who started recruiting for it after Pearl Harbor. B-25 crews were eager to volunteer and started training in Florida for what would be one of the mission's great challenges — taking off from the short runway of the USS Hornet, an aircraft carrier.

Thomas Griffin, a 95-year-old widower who lives in Cincinnati, was a navigator on the mission. He remembers the anxiety surrounding such a short runway, an anxiety that was multiplied when a Japanese patrol spotted the carrier and secrecy was lost. The Army bombers were forced to move the mission up.

"Doolittle took the first plane off, and then we got a big surge of bravery," Griffin says of the short runway takeoff. "[We] realized that it could be done."

Griffin's plane was the ninth to take off. He remembers waiting on deck for his turn.

"You had to lay down on the deck and hold on to those holes that are in those decks, you know, because of the tremendous propwash from all the planes warming up and getting ready to take off ahead of us," he says.

The early launch meant the Doolittle raiders had 200 extra miles to fly, pushing their fuel supply to its limits. Griffin's plane made it to Tokyo, dropped the bombs and headed for the coast of mainland China. But at midnight there was a storm, and as they climbed to avoid mountains, the plane ran out of fuel.

Griffin ultimately landed safely and was helped by Chinese villagers. He went on to fly in North Africa and Italy, where his plane was shot down. After that, he spent 22 months in a German prisoner-of-war camp.

When the restored B-25s gather to salute the Doolittle Raid reunions, Bill Foreaker likes to come from Indiana and volunteer for the ground crew. He describes a moment from the Dayton airfield two years ago, when 17 of the bombers were lined up close on a taxiway.

"It was a humbling experience to be there in front of these airplanes and think about these kids — 20, 21, 22, [23] years old — flying all that distance knowing they didn't have enough fuel to get back, knowing they were going to crash-land, knowing they were going to land probably in hostile territory. They didn't have enough fuel to make it to the Chinese safe areas," Foreaker says. "It just takes a tremendous amount of courage to get an airplane to do that."

Air Force museum historian Jeff Underwood says he's often asked about the significance of the Doolittle Raid in the struggle against Japan.

"This is the first time that [we] struck back and struck back hard at their homeland," Underwood says. "Yes, the physical damage was not that much — they hit a few factories, they hit some docks, they started some fires, but the Japanese fixed that fairly quickly. But they could not fix the impact of the emotions on the American people and the Japanese and the Japanese military."