Accessibility links
Tina Brown's Must-Reads: The Reporter's Role Daily Beast and Newsweek editor Tina Brown selects two articles about the nature of journalism in the digital age and a book collecting the writing of expatriate Americans, including reporters living in Berlin in the 1930s. 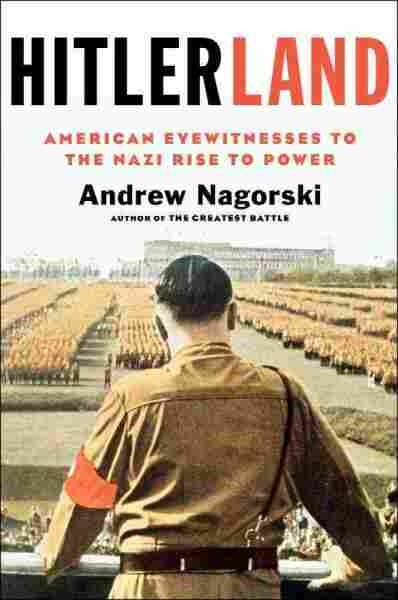 American Eyewitnesses to the Nazi Rise to Power

Tina Brown, editor of The Daily Beast and Newsweek, tells us what she's been reading in a feature that Morning Edition likes to call "Word of Mouth." This month, Brown has been thinking about the contributions of journalists to global culture.

The Rise Of Hitler, As Seen By Americans Abroad

Brown's first pick is Andrew Nagorski's Hitlerland, a book about the rise of the Nazi regime told from the perspective of Americans, including foreign correspondents and diplomats, who lived in Berlin during the 1930s and early 1940s.

"What you get through their eyes is this kind of fascinating, gradual journey of what they're seeing — first of all, skepticism about Hitler, a sense that [they're] underestimating him, followed by a certain sense of ridicule about him, then a kind of grudging admiration for what he's doing for Germany, then of course a mounting fear of what's going to happen, followed by a sense of the most terrifying pervasive evil then [taking] over."

Brown highlights CBS reporter William L. Shirer, later the author of The Rise and Fall of the Third Reich, as one of the heroes of the book.

"He saw from the very beginning the real evil of Hitler," Brown says, "and attempted to warn people of the impending calamity that he saw."

Brown says Shirer was fascinated and puzzled to the end of his life by Hitler personally and wondered whether Nazism would have had the reach and the power it did without him.

"Eventually [Shirer] comes to the conclusion that it would not," Brown says, "that in fact it would have been a radical right-wing movement, but it wouldn't have been the calamity that it was."

At one point Shirer describes going to a Nuremberg rally and watching the frenzy of the crowds. He was struck by Hitler's lack of expression, something glassy in the man's eyes, and he writes that he expected something more powerful.

"For the life of me," Shirer writes, "I could not quite comprehend what hidden springs he undoubtedly unloosed in the hysterical mob which was greeting him so wildly."

Later, Brown says, Shirer "figured out ... the almost martial mysticism with which Hitler was able to organize, choreograph, theatrically create an atmosphere of music and bands and marching and flags, and it was really that sense of theater and organization that Hitler had, perhaps, to augment his own real basic unimpressive personality that ... helped to make him such a spellbinder."

The Legacy Of A Provocateur 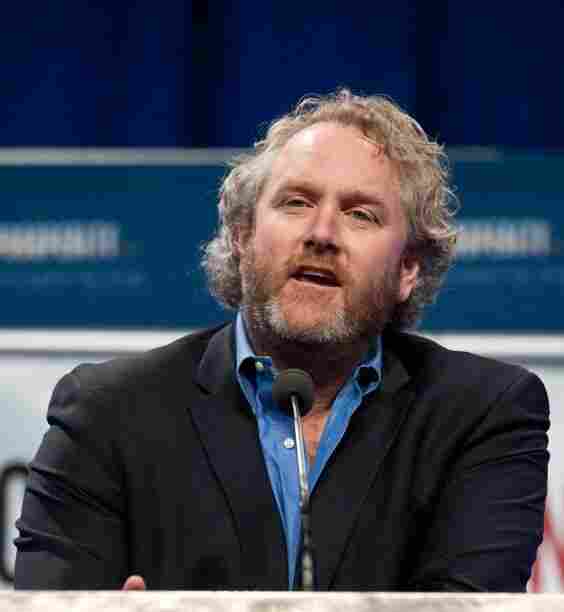 Andrew Breitbart, the late editor and founder of BigGovernment.com, is shown in this file photo speaking at a rally at the conservative Americans for Prosperity "Defending the American Dream Summit" in Washington on Nov. 5. Nicholas Kamm/AFP/Getty Images hide caption

Brown says Breitbart represented the opposite of the journalistic ideals of someone like Shirer.

"Breitbart didn't report anything, really," Brown says. "What Breitbart did was, he was a provocateur, he was a 'death by a thousand tweets'; he was quite happy to take the flying soundbite, any soundbite, and misapply it ... and create an absolute mayhem for the person concerned."

Brown cites the example of Shirley Sherrod, Georgia state director of rural development for the USDA, who was publicly condemned and pressured to resign after Breitbart released a video of Sherrod making remarks to an NAACP event in 2010.

"He gave the impression by the cutting of her words in a tape that he released that she was giving racially motivated financing decisions — when actually she was doing the very opposite," Brown says. "So this was really using a kind of bastardization of journalism through the ... Web and tweeting and just simply using the Internet as a tool for activism."

[Editor's note: Breitbart was closely associated with James O'Keefe, the conservative activist whose secret recordings led to the resignations of senior NPR officials in the spring of 2011.]

Considering Watergate In The Digital Age

Finally, Brown recommends "Before 'Watergate' Could be Googled" by L. Gordon Crovitz. Crovitz writes about a talk Bob Woodward and Carl Bernstein gave at the annual meeting of ASNE, the American Society of News Editors. They referred to how Yale students in an advanced journalism class considered the question of how the Watergate scandal would unfold in the digital age.

"Woodward said that he was shocked," Brown says, "by how otherwise savvy students thought that technology would have changed everything about the Watergate reporting."

"I came as close as I ever have to having an aneurysm," he said, "because the students wrote that, 'Oh, you would just use the Internet,' and the details of the scandal would be there. The students imagined," as Mr. Woodward put it, "that somehow the Internet was a magic lantern that lit up all events."

Woodward, Brown says, makes the point that there really is no alternative to shoe-leather reporting — that Watergate would not have been broken by simply going online and Googling "Watergate break-in."

"These students were so trained and so used to going online and finding already discovered facts," Brown says, "they weren't thinking about how those facts could be created from the ground up."

Brown says Woodward contrasts the reporting goal of advancing the story and providing new information with using the Web to find or distribute already known facts.

"There is no actual replacement for that human contact," Brown says. "The unexpected dropped remark, the piece of character witness, in a sense, that you have by listening and seeing and feeling the presence of a person that can inform the best journalism."