Accessibility links
Jenny Scheinman's 'Mayhem' Hard To Pin Down Scheinman's quartet features players raised on and accustomed to performing all kinds of music. 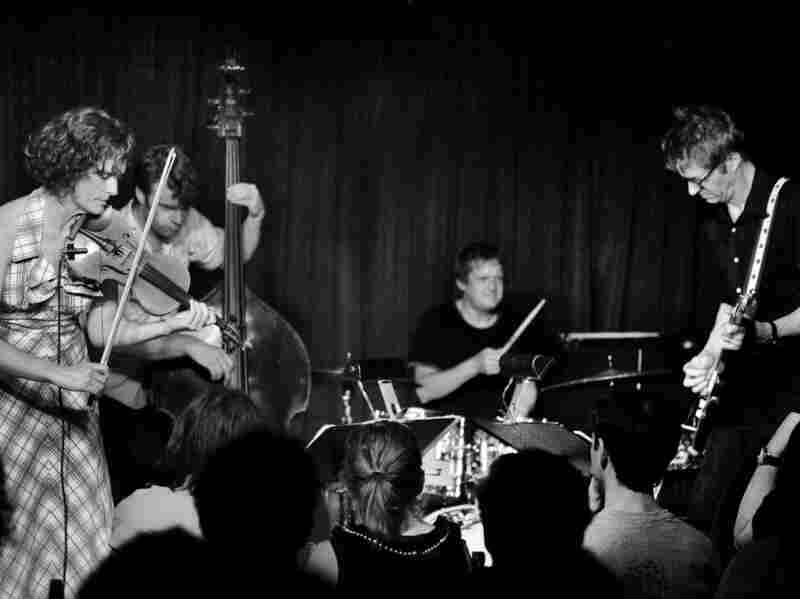 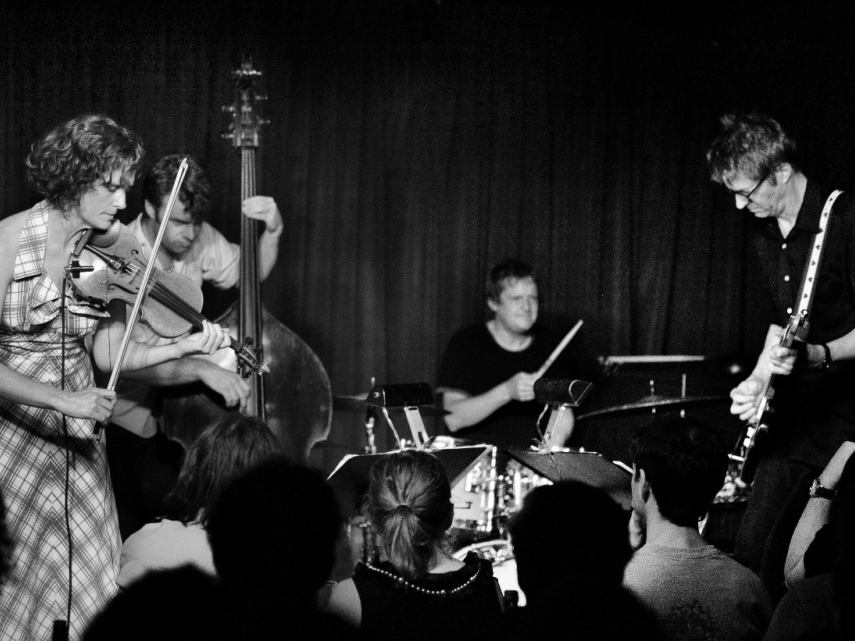 Jenny Scheinman's (left) quartet represents players raised on and used to playing all kinds of music.

Violinist Jenny Scheinman's band and new album are both called Mischief and Mayhem. The record was made just after her quartet played a week at the Village Vanguard, but despite the jazz cred of regular Vanguard appearances, their stylistically fluid music draws on a lot of traditions. There are pieces dedicated to rock singer PJ Harvey and Malian guitarist Ali Farka Touré.

Look at these musicians' backgrounds, and you can see why their stuff is hard to pigeonhole. Nels Cline was a leading guitarist in improvised music, until he got drafted into the band Wilco and developed another reputation. Drummer Jim Black excels at playing jazz with a rock-ish eighth-note feel. Bassist Todd Sickafoose has made a bunch of jazz records, but tours with singer Ani DiFranco. And Jenny Scheinman's high-lonesome fiddle is a perfect fit for guitarist Bill Frisell's projects, which hover between jazz and back-porch music. One Mischief and Mayhem tune, "The Audit," makes you want to read Civil War letters out loud.

Jenny Scheinman's Mischief And Mayhem: Live At The Village Vanguard

Scheinman's Mischief and Mayhem spends a lot of time just lingering over the melodies, but its members can get abstract, too. Nels Cline is a master of effects pedals, and can bring some welcome noise when the music threatens to get too sweet. There are wide-open moments on Scheinman's "Devil's Ink" that, taken out of context, could pass for modern composed music.

Scheinman's quartet represents a specific breed of contemporary players, raised on and used to playing all kinds of music; they don't worry much about what genre they're working in. With their broad frames of reference, they can take the music wherever they want, by design or in the moment.

I'm not much for prognosticating about music's future. But we may be headed toward one of those periods of heated discussion about jazz parameters — about what the music properly is or isn't, when genre-benders like these use rock rhythms and pull in influences from Appalachia to East Asia. When borders get porous, some folks get nervous. But it's more important to make sure good music gets its due than to worry about what to call it. As one musician plagued by classification issues used to say, don't let the "isms" get in the way of the "is."