Accessibility links
After Decades Away, Tourists Return To Liberia A cruise ship made a bit of history in Liberia this week: When it docked, its 150 passengers became the largest group of tourists to visit the West African nation since the 1970s. As piracy and terrorism make traditional destinations less attractive, alternatives such as Liberia may take their place. 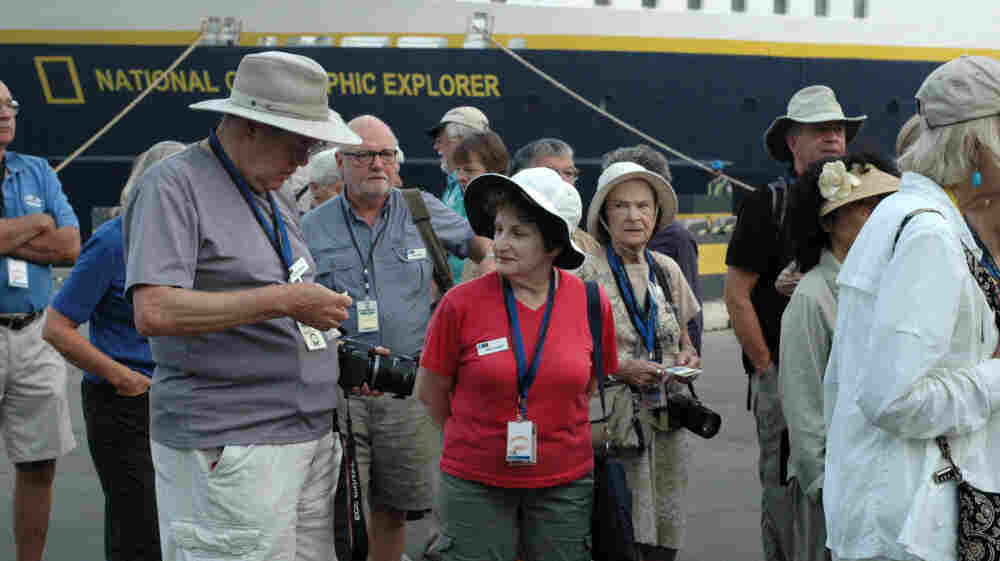 The 150 passengers aboard the National Geographic Explorer cruise ship arrive in Monrovia, the Liberian capital, on April 16. It's reportedly the largest group of tourists to visit the country since the 1970s. Tamasin Ford for NPR hide caption

Liberia has been better known for conflict than tourism the past couple of decades.

But this week, a group of 150 tourists, many of them Americans, arrived for a brief stay in the small nation on Africa's West Coast. When their cruise liner docked in the capital of Monrovia, they became the largest group of tourists to visit the country in many years, probably since the 1970s.

In a perverse kind of way, the Somali pirates have done West African tourism a bit of a favor. It's strange to put it that way, but a number of ships that would otherwise be in the Indian Ocean are now on the West African coast because of piracy.

That's why the visitors on the National Geographic Explorer cruise liner Monday attracted so much attention. A dance troupe performed for them, officials from the ministries waved from the docks, and Vice President Joseph Boikai joined them for dinner.

"I just came from the United States a couple of days ago, speaking to a group of people, encouraging them to invest," Boikai told the tourists. "Little did I know that I would have a captive audience right here."

The cruise began in Cape Town, South Africa, last month. It was Day 26 for the tourists when they reached Liberia, and they had less than 24 hours before getting back onboard to head along the coast to Marrakech, Morocco.

Ralph Hammelbacher, director at Lindblad Expeditions, which organized the cruise in conjunction with National Geographic, says piracy and terrorism in other parts of Africa are making places like Liberia much more desirable.

"In a perverse kind of way, the Somali pirates have done West African tourism a bit of a favor," Hammelbacher says. "It's strange to put it that way, but a number of ships that would otherwise be in the Indian Ocean are now on the West African coast because of piracy."

But for Liberia, a country that suffered two civil wars from 1989 to 2003, this was a special visit.

"Even after 14 years of civil war, we still have something to show, and we would like for these tourists to take advantage of this visit to Liberia, and just let the sky be the limit," said Elizabeth Hoff, Liberia's deputy tourism minister.

Peace finally came to Liberia in 2003. And then Ellen Johnson Sirleaf made history by becoming the first democratically elected female head of state on the continent. She began by clearing Liberia's crippling foreign debt, building new roads and strengthening the security forces. For her efforts, she was awarded a Nobel Peace Prize in 2011. 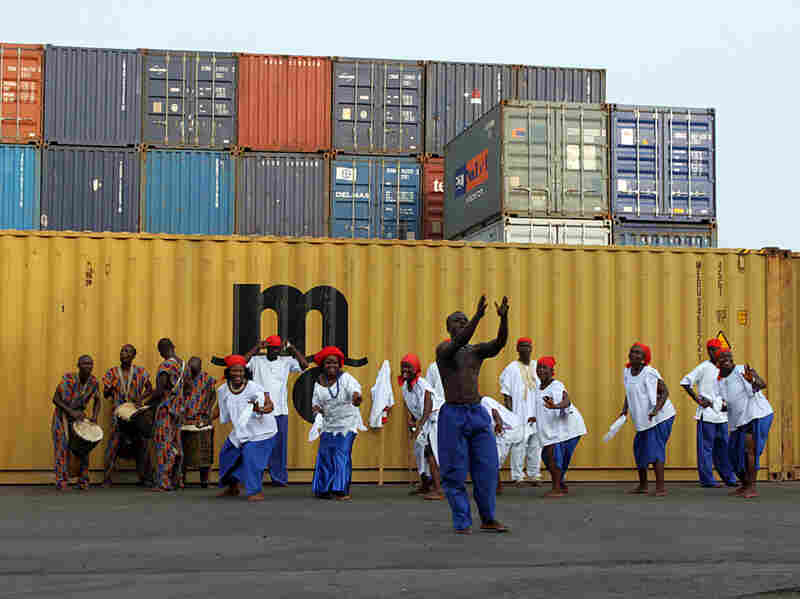 A cultural troupe dances for tourists arriving on the National Geographic Explorer in Monrovia, Liberia, this week. Tamasin Ford for NPR hide caption 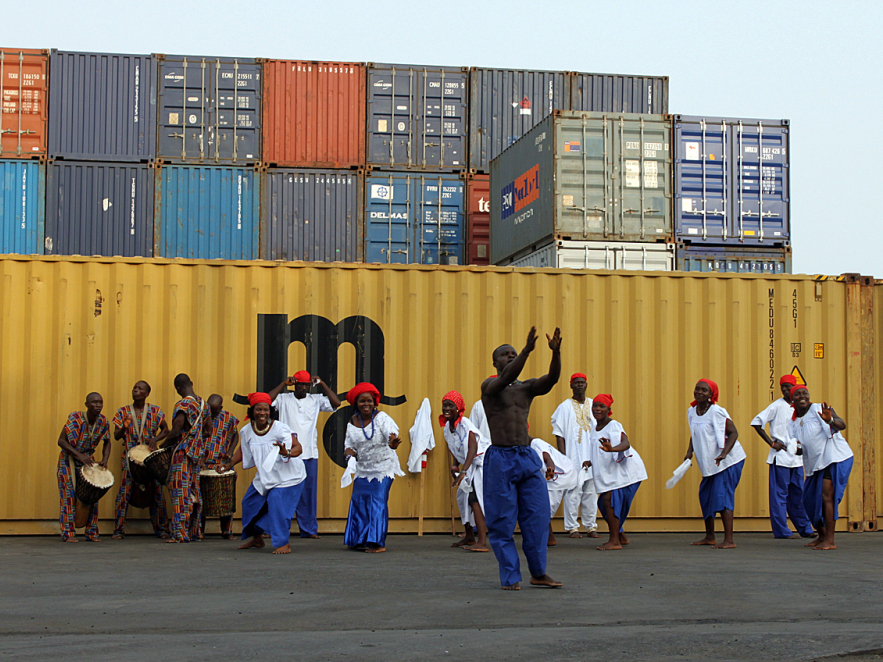 A cultural troupe dances for tourists arriving on the National Geographic Explorer in Monrovia, Liberia, this week.

But there is still a long way to go. Less than 1 percent of the country is connected to the national electricity grid; unemployment is alarmingly high; and access to justice is a challenge.

Peggy Williams — a tour guide with Barefoot Safari, one of only two tour operators in the country — had a busy day of sightseeing planned for the visitors.

Some, like 80-year-old Jerry Harrington, had even been to Liberia before — in his case, more than 40 years ago.

There has been a lot of change between then and now.

"There's a lot of traffic, all these burnt-out buildings," Harrington said. "You know, they went through a lot here. I guess it was a free-fire zone for several war periods, but I guess we'll see more of that as our tour continues."

But there's been significant development in recent years, and the government said the visit by the tourists signaled that the country is moving in the right direction.