Accessibility links
Few Answers In Abuse Probes At Homes For Disabled California's state-run developmental centers are home to hundreds of developmentally disabled men and women. Reports of patient abuse at the centers jumped 40 percent between 2008 and 2010, and advocates say that abuse complaints — and even deaths — are not properly investigated. 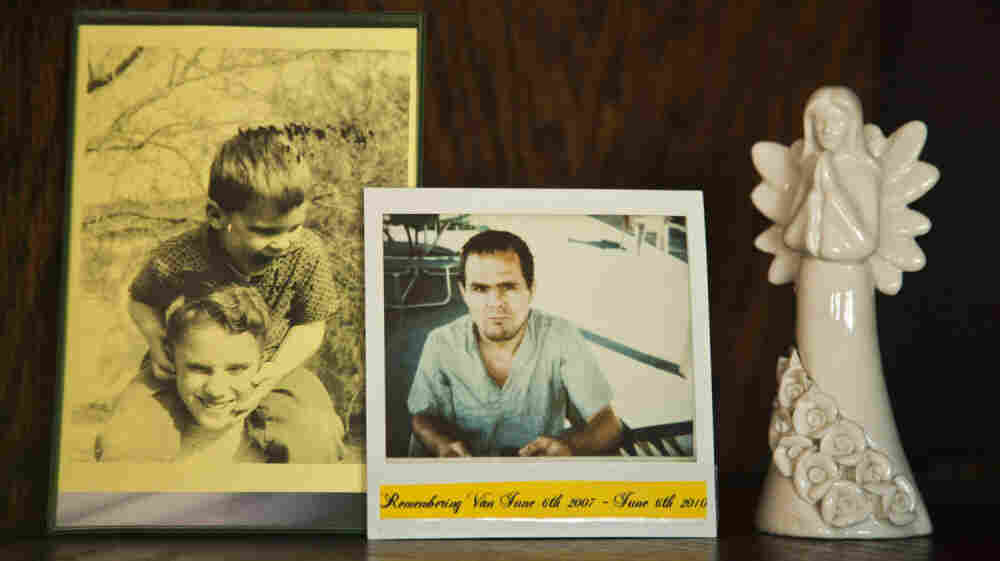 A memorial to Van Ingraham at his brother Larry Ingraham's home in San Diego. Van Ingraham died after an injury at Fairview Developmental Center in 2007. Nadia Borowski Scott hide caption

Fairview Developmental Center in Costa Mesa, Calif., is a sprawling facility of offices, residential buildings and therapy rooms set between a noisy boulevard and a golf course.

Some 400 people with developmental disabilities live at Fairview. And while minor scratches and bruises are not uncommon for these patients, over the years, the center has seen scores of serious injuries and even deaths.

Fairview is one of five state-run developmental centers in California — homes for people with developmental disabilities who are unable to care for themselves.

An investigation by member station KQED and the nonprofit group California Watch has uncovered patterns of abuse at a number of these institutions, including Fairview.

'The Signs Were There'

One case involved a man named Van Ingraham. As a child, Van couldn't form words and was almost impossible to control. After he was diagnosed with severe autism, his older brother Larry Ingraham says their parents turned to Fairview for help. 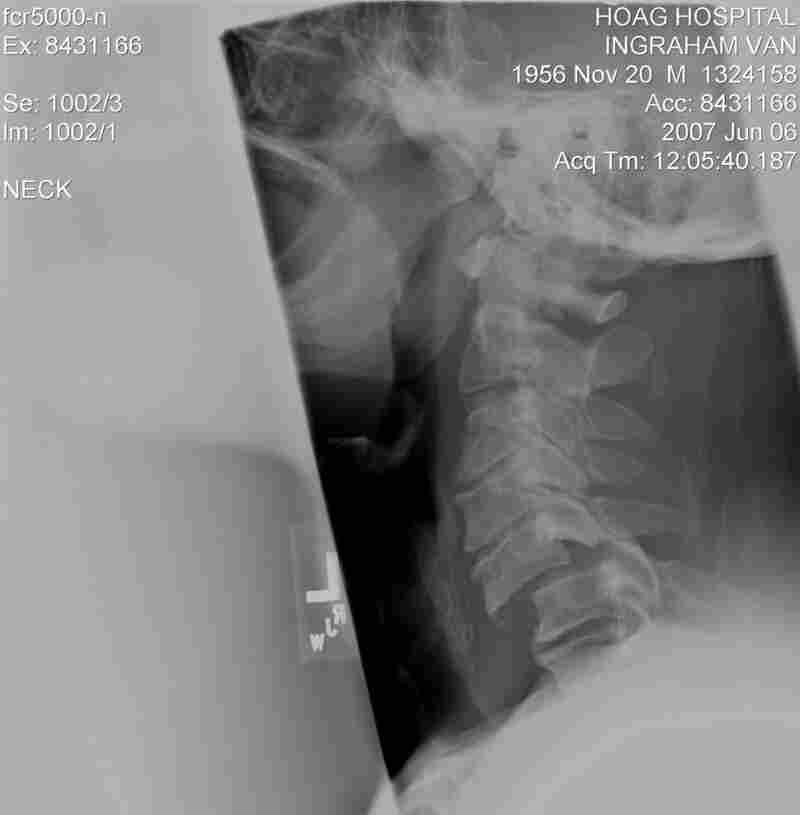 "They saw that it was a safe environment for him," he says. "That he was gonna be safe and taken care of."

Van entered Fairview at age 8 and lived there for 42 years. Then, one day in 2007, Larry received a voice-mail message. It was from a supervisor at Fairview, saying Van had been taken to the hospital.

Van was in the emergency ward when Larry arrived. A neurosurgeon told him that Van had a broken neck and a crushed spinal cord.

"And he told me adamantly that he felt that this was done to Van," he says. "That it was not an accident."

Three outside medical experts raised alarm about the way Van died. One said his broken neck was likely a homicide.

But Fairview's staff maintained that Van's injuries were caused by a fall from his bed. A retired police officer, Larry blames himself for missing what he now suspects were earlier signs of abuse: broken bones, abrasions and a black eye.

"I should have known that something was going on. The signs were there," Larry says. "I was a cop, you know? I was his brother, and my job was to make sure that everything's OK."

Documents from Van Ingraham's case paint a picture of a bungled investigation. An internal logbook showing what he was doing when the injury occurred was altered by a caregiver, but Fairview's internal police never investigated.

Every shift I had, there were injuries.

The Ingraham case is not the only time officers working for the state developmental centers have failed to conduct a thorough investigation. California Watch found hundreds of cases of reported patient abuse and unexplained injuries that were documented at the centers — and then dropped without arrests or prosecutions.

Former Fairview staff members say the failure to hold people accountable for abuse is not simply the result of poor police work.

Dr. Van Pena, who worked as a physician at a state developmental center in Sonoma County for 10 years, says "every shift I had, there were injuries."

Pena says he would document patients' injuries by placing photographs in their medical records. But then, he says, someone else would cut them out.

When he complained, Pena says administrators asked him to stop taking photos.

"I believe that the administration wished to cover up the reality of these often graphic and severe injuries to patients under their care," Pena says.

Officials from the California Department of Developmental Services, which oversees the centers, would not discuss specific cases. They also refused to comment on state data showing a 40 percent rise in reports of patient abuse between 2008 and 2010.

But Terri Delgadillo, director of the department, says protecting patients is a top priority. Her department enforces a zero-tolerance policy when it comes to patient abuse, she says. 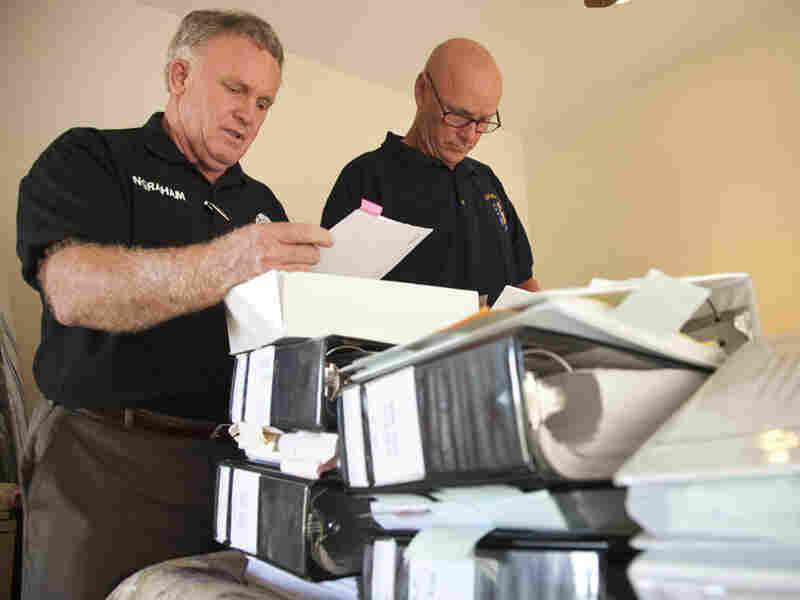 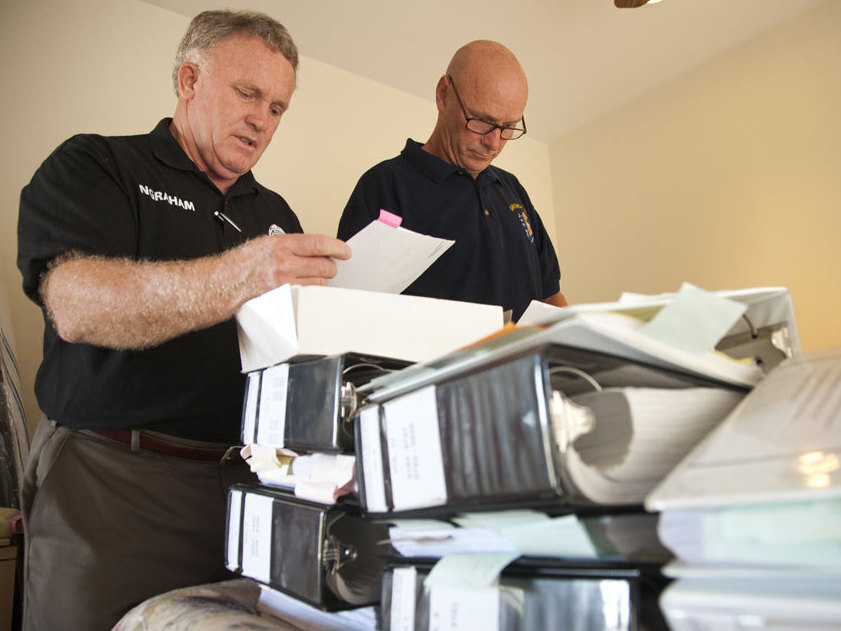 "We keep track of every allegation that is made," Delgadillo says. "When something goes wrong, we take very, very aggressive action."

But of the hundreds of abuse cases reported at the centers since 2006, California Watch could find only two where investigations led to an arrest.

In the case of Van Ingraham, no charges were ever filed.

So recently, Larry Ingraham and friend Donovan Jacobs decided to take action. They planted themselves in front of the Orange County District Attorney's office on a busy street in downtown Santa Ana, holding hand-drawn pickets and passing out fliers.

"Our goal is to get the [district attorney] in gear," Ingraham says. "Get him off his rear and get him to take some action on my brother's homicide."

Ingraham has already won an $800,000 civil settlement from the state, and is now pressing for a criminal investigation.

"The only reason we got this far is that Don [Jacobs] is an ex-cop and I'm an ex-cop," he says.

Ingraham says he believes most of the staff at Fairview and at the other developmental centers work hard and are devoted to the patients. But, he says, investigating his brother's death showed him that there's no effective system of accountability when something goes wrong.

"There's hundreds of cases around the state where disabled people are getting abused," Ingraham says. "I just have to wonder how many of these cases are being properly investigated. To date, I've yet to see it."

Recently, California health officials told lawmakers they're taking action. They've hired an independent expert to overhaul the small police force working at the developmental centers, and are tightening standards for securing evidence and potential crime scenes. Those changes are expected to roll out in the coming months.

This story, part of a collaboration between member station KQED and the Center for Investigative Reporting's California Watch, was co-reported with Ryan Gabrielson.