Accessibility links
'Suddenly': Surreal Stories From A Modern Master A killer is doomed to live out the afterlife as Pooh Bear. A magical goldfish grants wishes, and disgruntled divorced dads abound. Welcome to the absurd and very tender world of Suddenly, a Knock on the Door, the new story collection by Israeli writer Etgar Keret. 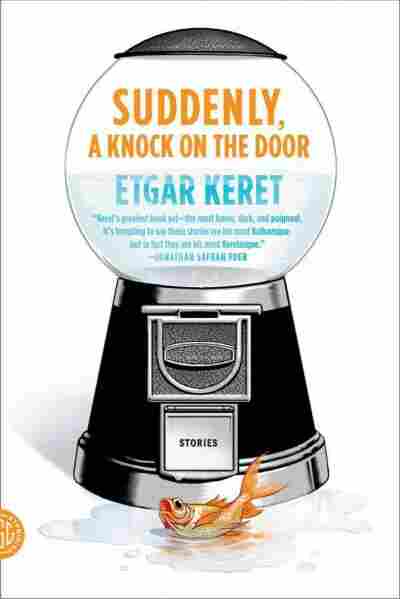 Suddenly, A Knock On The Door

Title
Suddenly, A Knock On The Door
Author
Etgar Keret

My favorite story in Israeli writer Etgar Keret's new collection starts with a hipster trying to make a movie and ends with him being brought back to life by a goldfish after being bludgeoned to death. The story, "What, of This Goldfish, Would You Wish?" features the best of Keret's distinctive style. At barely seven pages long, it's wildly succinct; the premise is absurd and tender; the social perspective is unapologetically irreverent; and the language is spare and vivid, moving like a shot from point A to B.

The characters too are perfectly economical. Yonatan is the kid with the camera and a maudlin concept for a commercial documentary. He's an emotional mercenary — totally naive and totally crass. Sergei Goralick is an emigre from Soviet Russia, so deeply withdrawn from society that when the kid with the camera at his front door won't go away, the old man panics and beans him with a pan. And the magic goldfish is wise and impatient to grant a third wish so he can be freed from his little glass bowl:

"You killed him, Sergei," the goldfish says. "You murdered someone — but you're not a murderer." The goldfish stops swishing his tail. "If, on this, you won't waste a wish, then tell me, Sergei, what is it good for?"

The story slams down around its characters. Scenes and points of view shift suddenly and smoothly. Now we're making a movie. Now we're worried about the KGB. Then there's a murder. Now there's a magic fish and an epiphany. Then it's as if nothing ever happened. These pieces aren't breathless, but they are singular and focused and over before you have a chance to look away.

When they are operating best — as in "What, of This Goldfish, Would You Wish?" or the baleful "Creative Writing," about a marriage at a crossroads — Keret's stories express a wistful density. They leave much unexplained, flirt with magical realism, end with a gesture or an unfinished idea. And even though Keret is known for his flash fiction and very short stories, the longer stories in this collection have a special appeal — the stripped style and one-liners have a chance to contradict themselves or resolve discordantly. 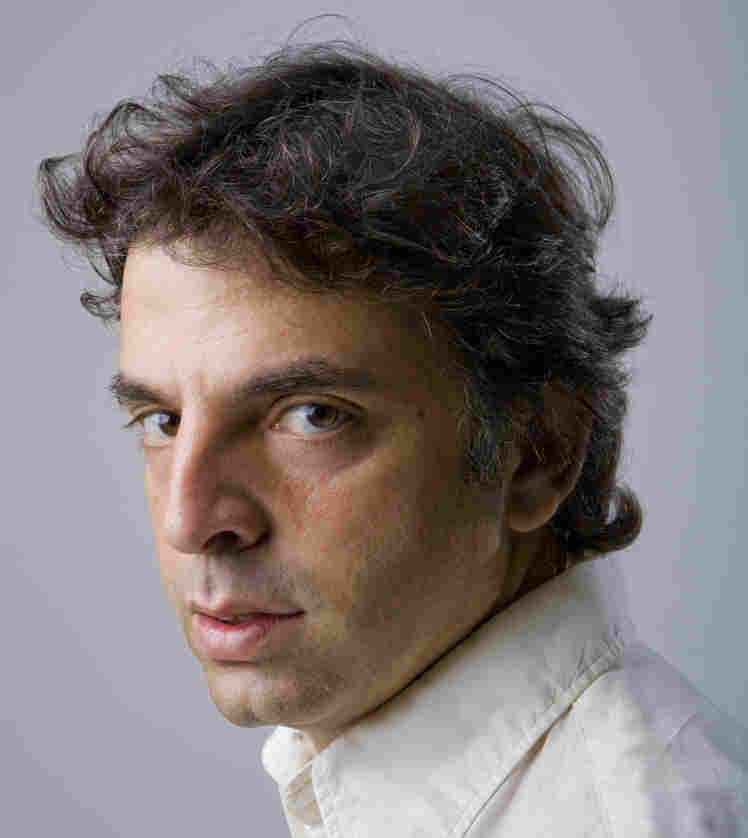 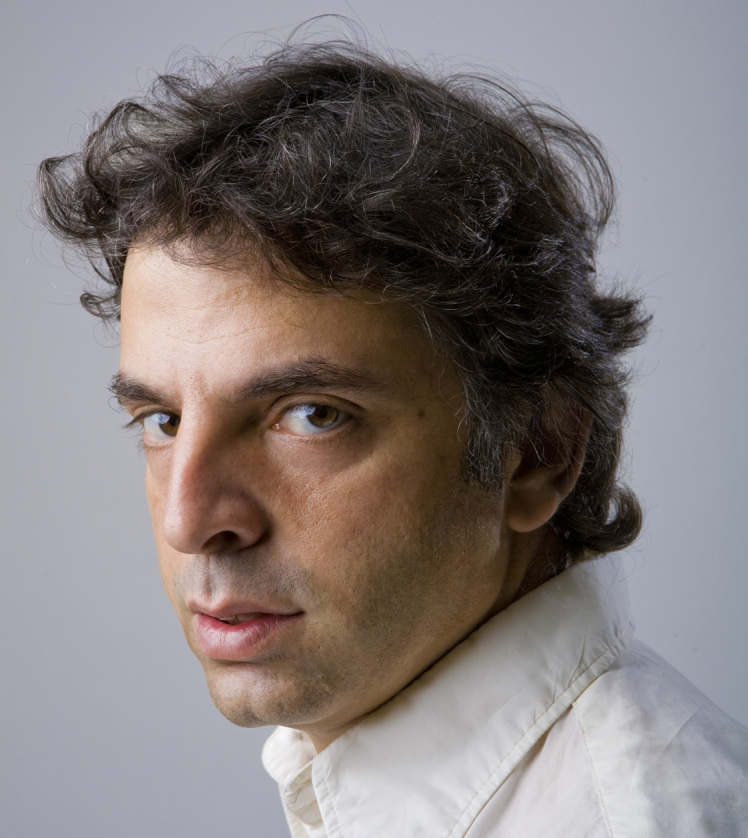 Etgar Keret is the author of six story collections, as well as graphic novels and screenplays. He lives in Tel Aviv.

That isn't to say these stories are inaccessible, gloomy or even "sensitive." Quite the opposite. Keret is funny, snarly, profane and so contemporary that if he used more brand names you might accuse him of being pop art. A hardened child killer is executed and wakes up in the afterlife to find that his personalized hell is to live out eternity as Pooh Bear. A life insurance agent is critically injured when a suicide jumper lands on him; he emerges from a coma only to realize he was happier when unconscious. There are any number of middle-aged men reconsidering their value systems, divorced dads and infidelities. Everyone seems conflicted. And middle-aged.

Suddenly, a Knock on the Door is a dense collection to read through. Keret's fiction might do better to stand alone amongst the pages of The New Yorker or in a literary magazine, where his language and style are offset and the delivery is more perfect peach than family size bag of potato chips. Several pieces — like "The Story, Victorious," "Ari" or "Hemorrhoid" — feel like curiosities, long aphorisms or angry jokes next to the more taut and sophisticated stories. At times, Keret seems like a circus performer: Look at this cool little trick I can do while I'm catching my breath for my next amazing stunt. But it is hard to argue with a mind that's keeping itself so busy and trying to keep us busy, too. No one can accuse Keret of wanting to get his readers to think less, or to stop paying attention.

Minna Proctor is the editor of The Literary Review. She teaches in the creative writing program at Fairleigh Dickinson University.

Read an excerpt of Suddenly, A Knock On The Door