Accessibility links
Following The Lives Of Chimpanzees On Screen Filmmaker Alastair Fothergill spent three years in Western Africa, following a group of wild chimps. His Disney nature film Chimpanzee showcases a baby chimp named Oscar and the relationships he develops within his clan. 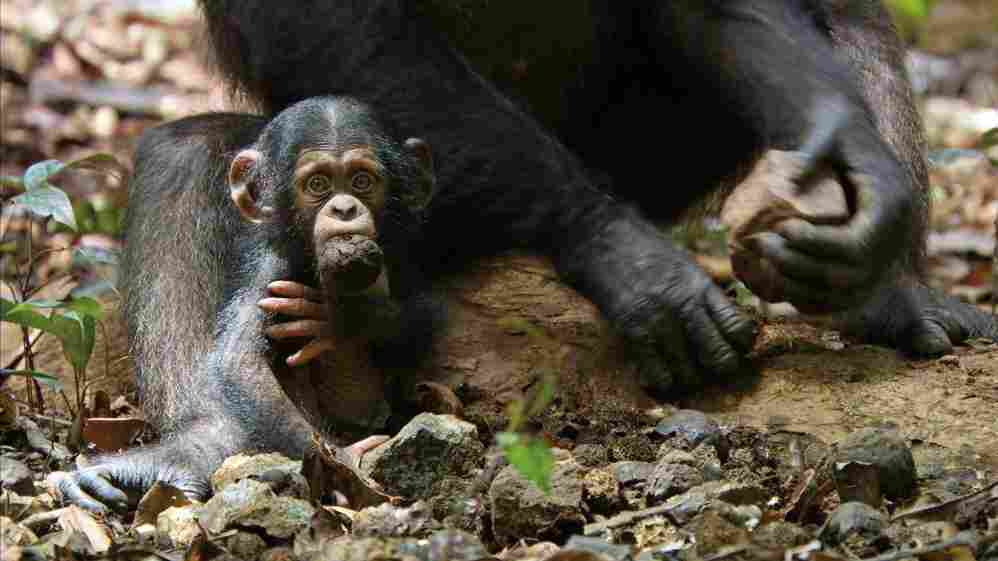 Over the course of filming, Oscar (pictured above) learned how to use rudimentary tools and how to get along with the other members of his clan. Disney hide caption

The new Disneynature film Chimpanzee started off the way most movies do. Co-producers and directors Mark Linfield and Alastair Fothergill, who had previously worked together on the documentary film Earth, approached Disney with a 70-page script about a group of chimpanzees living in Western Africa. There was just one problem: Chimps don't take direction — or read scripts.

So Fothergill and Linfield teased out a narrative from more than three years' worth of footage they took in Western Africa while observing a large clan of chimpanzees.

"Our skill as directors was to constantly say, 'It's got to have a narrative. And it's got to have a hero,' " Fothergill tells Fresh Air's Dave Davies. "And we knew we wanted our hero to be a newborn chimpanzee."

Fothergill's team focused on a chimp they eventually named Oscar, part of a clan living in the canopy jungles of the Ivory Coast, and tried to showcase his changing relationship with the adult chimps in his group. 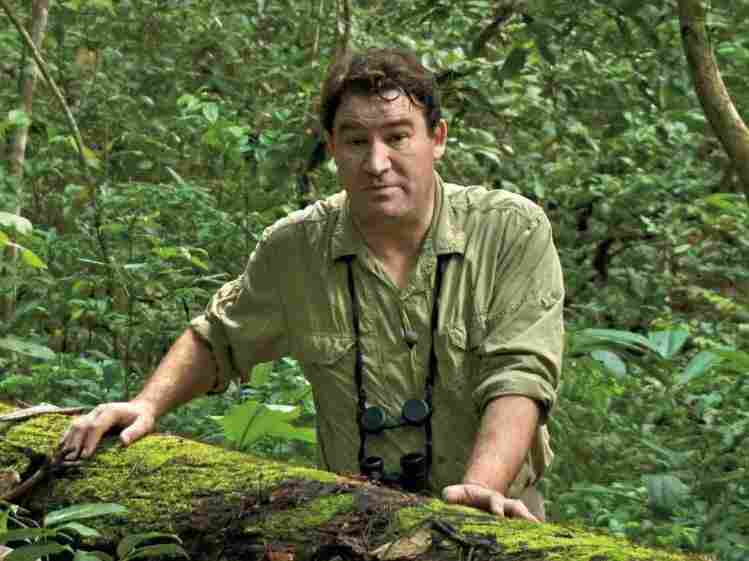 Alastair Fothergill was the executive producer of The Blue Planet and Planet Earth and the co-director of the films Deep Blue and Earth. Disneynature hide caption 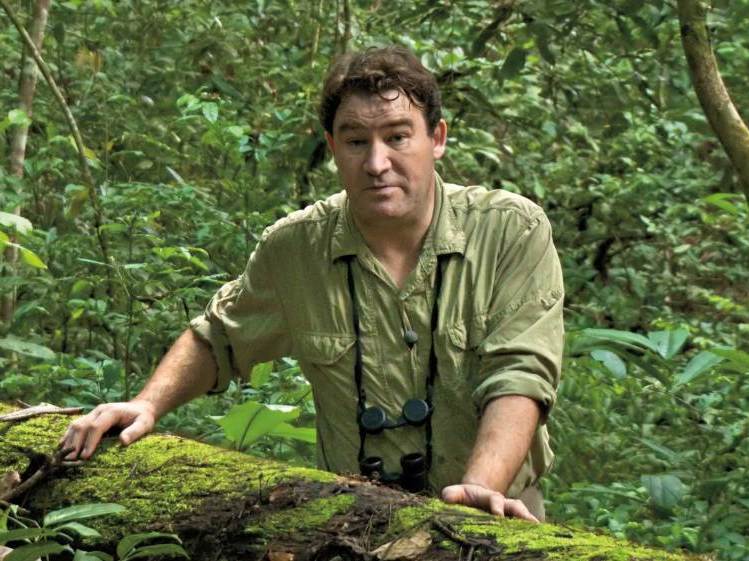 Alastair Fothergill was the executive producer of The Blue Planet and Planet Earth and the co-director of the films Deep Blue and Earth.

Midway through filming, Oscar's mother was killed by a leopard. Fostergill says it should have been a death sentence for Oscar.

"A 3-year-old chimpanzee is totally dependent on his mother," he says. "And then something happened which was completely extraordinary. The alpha male [of the clan] — Freddie — literally adopted Oscar. ... He allowed the little guy to ride on his back, which normally only female chimpanzees do. He cracked nuts for him and shared his food as only a mother does. He even let this little guy sleep in his arms."

The footage of Oscar sleeping in Freddie's arms was a dream come true for the filmmakers, says Fothergill.

"It was scientifically amazing, and for us as filmmakers, it was a storyline made in heaven, to be honest," he says.

'Project Nim': Monkeying Around With A Chimp

"On the edge of their territories, it's often common land shared between two rival groups. The males would go on patrol, and we would follow them keeping as quiet as we could. Very rarely — this probably happened less than 10 times over the three years we were there — they do have these inter-group interactions, principally led by the males. It's very, very dramatic. The chimps are vocalizing very loudly. They're drumming very loudly. All the hairs on their bodies are made to stand up, and that makes them seem much bigger and much stronger than they are. ... As a cameraman or observer, you might see a massive chimp come running through, bashing the branches. You'll hear a scream here or a scream there. It's very difficult to film because 90 percent of it is hidden behind the bushes. By filming it time and time again, we were able to build — on the screen — a real sense of what it's like."

On the term "documentary"

"We don't like to call this a documentary. Although it's a true story, it's a movie. People go to the cinema for a different experience than what they want from a natural-history documentary. And I think more than anything else, they want an emotional, engaging story with key characters."

On precautions he took

"We are very careful. We and the researchers always wore green clothing. We were always very respectful. We never ate around the chimps. And we actually always kept 7 meters away, and we always wore face masks. Because one of the issues of working with chimpanzees, because they are our closest relations, it is very easy for them to catch human diseases. And by keeping us 7 meters away and by wearing face masks, we were doing our very best to minimize the transmission of any disease."

"Bees were a problem. Chimpanzees love honey. And in the African rain forest, bees make their nests within hollows and trees. And on a couple of occasions, we would film the chimps finding the bees. The chimps go in very quickly, because they're very aware that the bees will sting them, and African bees are particularly vicious."