Accessibility links
Movie Review - 'Darling Companion' - The Boomer Dramedy, Dog-Tired Lawrence Kasdan (The Big Chill) directs another exploration of boomer-generation anxiety — this time centered on a family whose dog has gone missing. Critic Ella Taylor says the film is genially terrible, and its characters — while played by a cast of fine actors — are mostly one-dimensional. 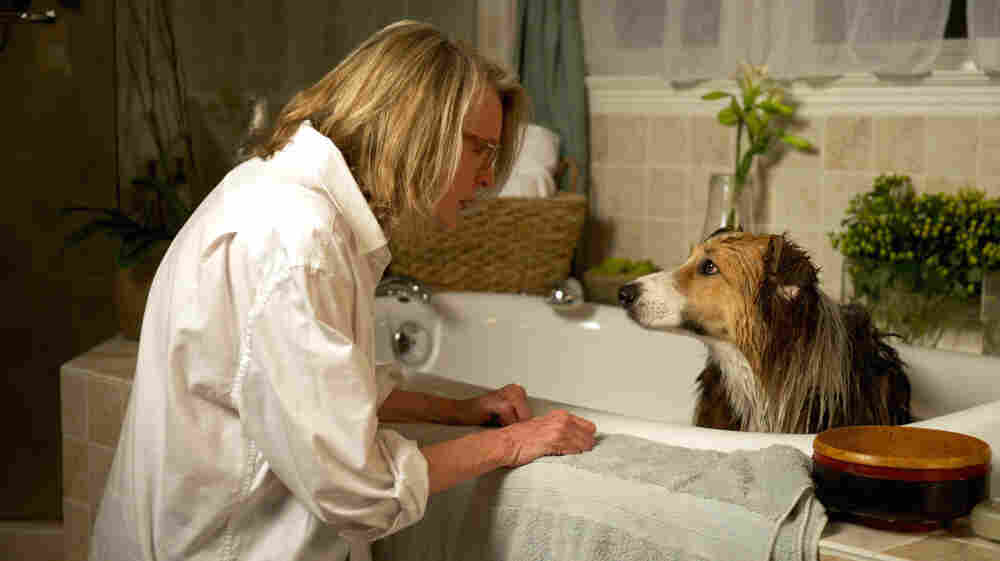 Rated PG-13 for some sexual content including references, and language

From 'Darling Companion' - 'Not Ours'

From 'Darling Companion' - 'It's You'

It is said of one well-liked Hollywood purveyor of cheerfully inept romantic comedies that he doesn't actually direct movies — he hosts them. That quip sprang unbidden to mind at a screening of the genially terrible Darling Companion, a therapeutic intervention passing as family dramedy for our times.

Hosted by Lawrence Kasdan from a screenplay he wrote with his wife, Meg, about the time their dog went missing in the Rockies, the movie uses the mutt's disappearance as a frame on which to hang a well-worn package of fatally mild domestic disorder, then resolve it in what feels like real time. Let's just say that the dog gets the best lines.

Darling Companion is the third in Kasdan's trilogy of boomer chronicles, following The Big Chill and Grand Canyon. Nothing if not consistent, Kasdan has assembled a cast of fine actors, assigned each of them a single personality trait to complicate their fundamental decency, and instructed them to work it to death. Kasdan regular Kevin Kline plays the physician patriarch Joseph, an anal-retentive stiff with little tolerance for the emotional there-ness of his tightly wound wife, Beth — yes, Diane Keaton — as she grapples with empty-nest syndrome.

The dog, named Freeway for the highway on which he was found bloody and whimpering a year earlier, romps away from the couple's cabin in the woods just after the wedding of their daughter (Elisabeth Moss, without portfolio). Don't let the cabin-in-the-woods thing get your hopes up: By way of plot, a small pack of strenuously colorful characters goes looking for the hound in lovely scenery, beautifully shot by Michael McDonough (Winter's Bone).

Dianne Wiest can generally be relied upon to make something out of any nothing she's handed. As Joseph's sister, though, she's reduced to wry sidelong glances at Richard Jenkins, who's unhelpfully cast against type as her adoringly gabby boyfriend; and at mumblecore director Mark Duplass, pushing through gamely as her anodyne son. Rounding out this amiably neurotic ensemble is an alleged gypsy played by Israeli actress Ayelet Zurer, who makes the case in a funny accent for the triumph of hope over reason. 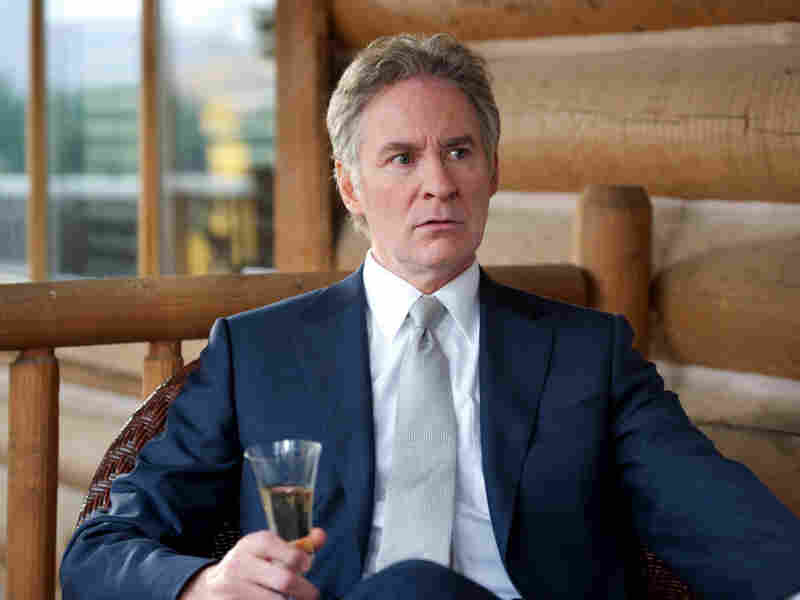 After much fruitless searching and ancillary hand-wringing over life paths not taken, a crisis is ushered in by the statutory thunderstorm, along with a brief but baffling burst of animation. As in The Big Chill, the soundtrack (Bonnie Raitt's "Thing Called Love") posts regular bulletins on the collective inner life, until issues are confronted and personal growth erupts on every front. Away with workaholics and rationalism! Bring on faith and love! Let togetherness reign!

On the evidence of Darling Companion, the Kasdans seem like nice, good people with whom it would be fun to have dinner. And in principle something profound can always be built around a dog (Chekhov did it, among others). But the movie never transcends its characters' bland lack of individuality or the banality of its insights into human frailty.

Kasdan has been banging on with trite updates on the boomer predicament for so long that it's easy to forget that way back in 1981 he steamed up screens with Body Heat, a study in obsession that actually had something to say about the pleasures and dangers of desire. Darling Companion is pleasant, but if the best that can be said of a man's work is that it will go over big with pet lovers of all ages, it may be time to sign off — or bring back William Hurt and Kathleen Turner, a pair of boomers who might be worth a sequel.