Accessibility links
Alleged $30M Theft By Comptroller Stuns Ill. City The longtime treasurer of the small city of Dixon is accused of stealing more than $30 million from city coffers over the past six years. Federal prosecutors say she used the funds to finance a lavish lifestyle that included a world-class horse-breeding operation and a $2 million luxury motor home. 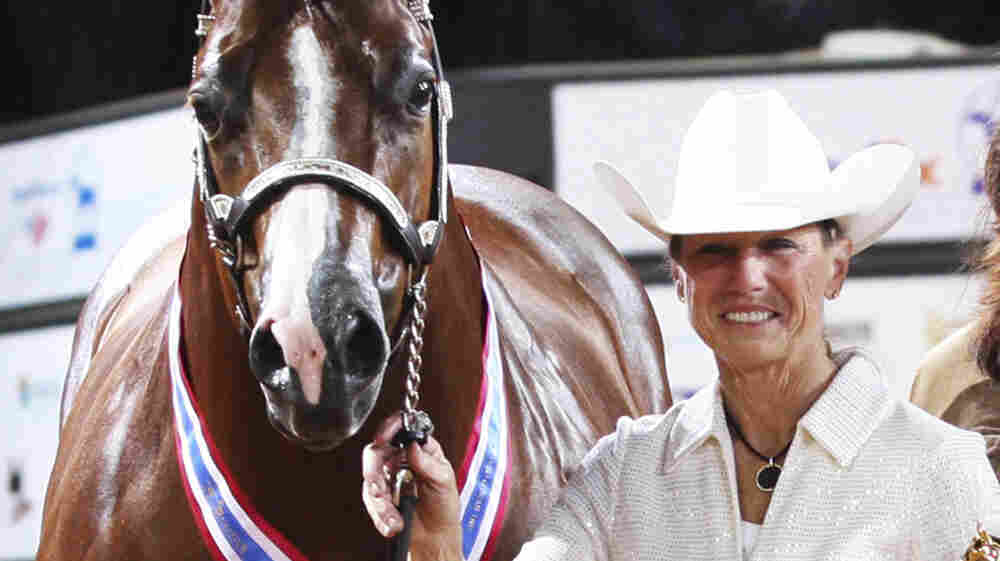 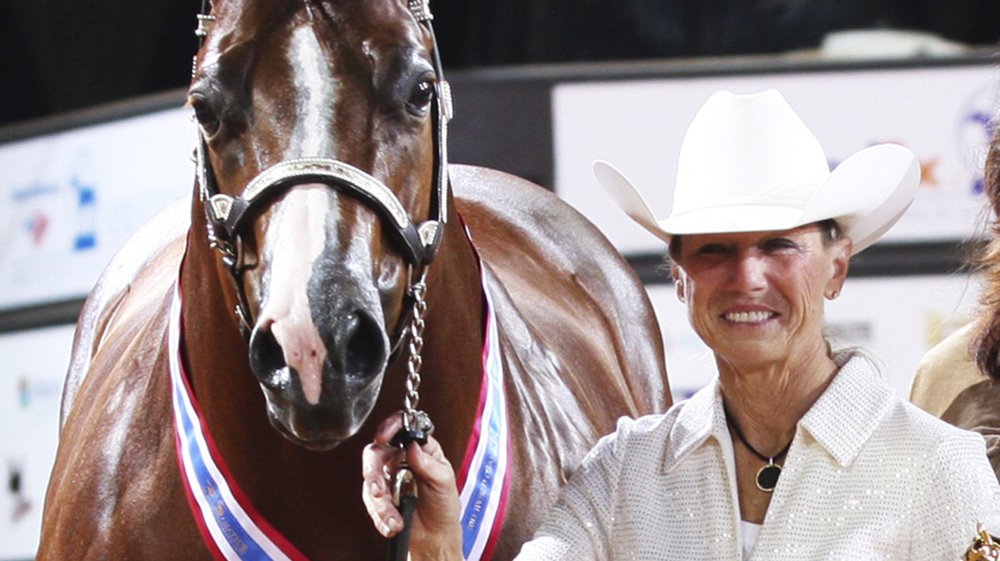 The top financial official for the small city of Dixon, Ill., is accused of stealing more than $30 million from city coffers over the past six years. It's a staggering amount of money for the city of just 15,000 residents in northwest Illinois, and federal prosecutors allege she used the funds to finance a lavish lifestyle that included horse farms and a $2 million luxury motor home.

Federal prosecutors charged Rita Crundwell, who has been the trusted treasurer and comptroller of Dixon for close to 30 years, with fraud for allegedly misappropriating more than $30 million in city funds since 2006. FBI agents arrested the 58-year-old Crundwell on Tuesday and led her out of Dixon's City Hall in handcuffs.

Linda Durham, who co-owns the Alley Loop bar in downtown Dixon, says locals are "just shocked that someone could get away with all that; someone that is from your town, you went to school with; and everyone around here assumed was trustworthy and, you know, actually a nice lady, a wonderful person."

Durham says everyone in Dixon knew Crundwell was a very successful horse-breeder, one of the best in the world, according to the American Quarter Horse Association, which says she produced at least 50 world champion horses. Durham says everyone assumed Crundwell's money came from that.

"She had come in here once in a while, not very often, kind of kept to herself a lot," she says. "And everyone figured everything was on the up-and-up because of the horses."

But federal authorities say it was the other way around: Crundwell allegedly used tax revenue to fund her horse-breeding operation, among other things.

The misappropriated $30 million is a huge chunk of the budget for this quiet town along the Rock River, most famous for being the boyhood home of President Reagan. According to The Associated Press, Dixon takes in and spends about $20 million a year.

"It really is the ultimate class," says Shannon Woodward, marketing manager at Featherlite Coaches, which makes custom luxury motor homes similar to the federal officials seized from Crundwell. "It is the highest-end motor home you can get."

Woodward says a motor home like that one has many of the luxuries you would find in a very high-end home: marble panel flooring, Viking appliances, whole house touch-panel control systems, huge HD flat-screen TVs, luxurious bedding, custom-made leather furniture and more.

'Sick To My Stomach'

Dixon Mayor Jim Burke says Crundwell explained away Dixon's financial shortfalls by pointing to the weak economy and late state payments while she shuffled around millions in city funds through multiple city accounts. Annual outside audits found nothing out of the ordinary.

While Crundwell was away last fall, her fill-in, the city clerk, found a city account no one else knew about, with millions of dollars missing.

"While meeting with [the] agent Pat Geary ... in his office and presenting the information to him, I literally became sick to my stomach and told him I hope my suspicions are all wrong," Burke says.

But the mayor says he now sees those same sick feelings reflected on the faces of the people of Dixon, as he placed the city's only financial official on unpaid leave, pending the outcome of her criminal fraud case.

At a court hearing late Wednesday, a judge released Crundwell on a recognizance bond with restrictions. As she left the federal courthouse in Rockford, neither she nor her public defenders commented.