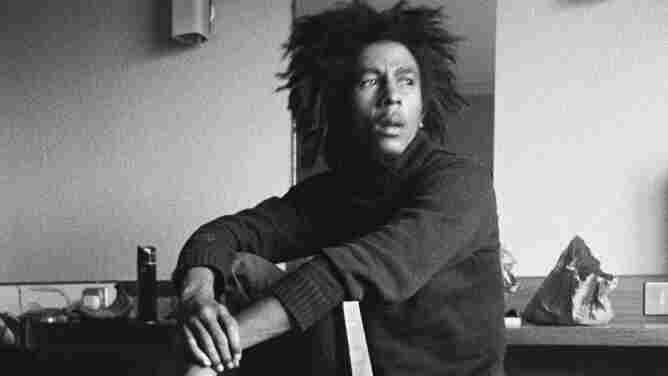 Bob Marley's phenomenal popularity introduced much of the world to both reggae music and the Rastafarian faith. Magnolia Pictures hide caption

In the three decades since his 1981 death from cancer, Bob Marley's legacy has only grown. His recordings still dominate reggae sales charts, and his face is still emblazoned on T-shirts and dorm-room walls — an image as ubiquitous and iconic as Che Guevara, with less militant or overtly political connotations.

But for all that cultural omnipresence, there has never been a major documentary on the life of the musician; his family has always maintained strict control over access to the music and archival materials necessary to such a film. That changes with Marley, a family-approved project initially earmarked for Martin Scorsese, then for Jonathan Demme, and finally brought to fruition by director Kevin Macdonald.

Given that the access granted here is a rare exception, this film is likely to remain a singular and definitive document of Marley's life, and that's reflected in Macdonald's approach, which is rigorously straightforward and traditional. This is largely a chronological birth-to-death journey, filled with the requisite interviews with friends and family, archival concert footage, the Ken Burns-ing of still photographs from throughout Marley's life, and the constant beat of his music keeping time in the background.

That music isn't just literally in the background, on the soundtrack; it takes a back seat thematically, too. Macdonald never really feels the need to concentrate too closely on specific songs, albums or the stylistic shifts that marked Marley's career. Beyond some discussion from former band member Bunny Wailer — one of the film's most frequent and colorful interview subjects — about the important transition from the band's early ska work to the rock-inflected reggae that made Marley an international superstar, the music remains secondary.

That ends up being a wise choice: Even at a running time of nearly 2 1/2 hours, everything here feels essential to telling this story. Details of a lengthy discography — the one aspect of his life already in the public consciousness — would only serve as clutter. 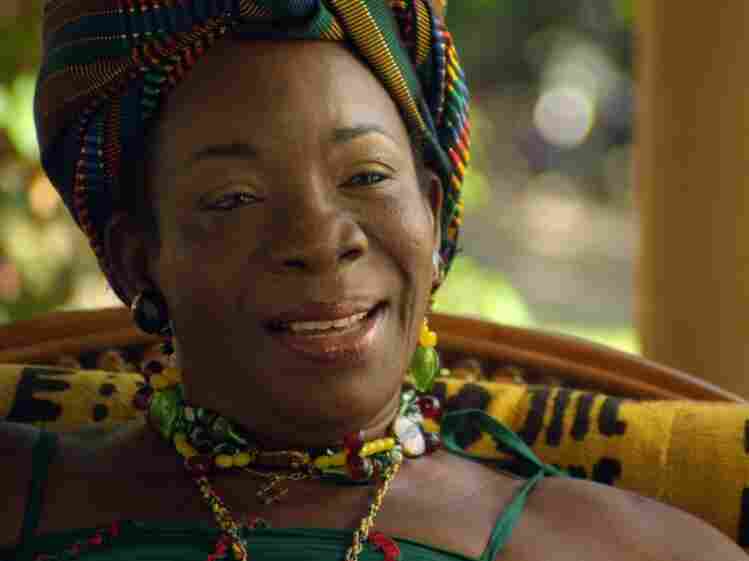 Another area skipped over entirely is that lasting legacy. When Marley dies, the movie ends. Yet there's a sense in which Macdonald actually does subtly address the icon that the singer has become, and how that differs from the man he was. For the commercialization of Marley's image has gone hand in hand with a subtle depoliticization — his face on a poster is more likely to be symbolic of a laid-back good time, and perhaps a tangential political support of marijuana legalization, given Marley's open use of the drug as part of his Rastafarian faith.

But Marley was an extremely political figure, both globally in his support of the Pan-African Movement, and locally in Jamaica. His prominence in Jamaican politics is completely foreign to U.S. notions of an artist's place in the political sphere; Marley was perceived to wield real power as easily as he did a guitar. At the height of his popularity, his support for a candidate was seen as a near guarantee of victory, a fact that is thought to have resulted in a narrowly survived assassination attempt.

Macdonald takes great care to highlight these lesser-known aspects of the man's character and career. In fact, much of the film plays like a gentle correction of common misperceptions about Marley as the mellow, beatific, pot-smoking reggae prophet. The Marley that emerges here is a man of enormous and untiring drive and ambition, with political convictions as deep as his spiritual ones and a willingness to do whatever was necessary to succeed musically, even if that meant changing his sound to reach the desired audience.

Macdonald also doesn't gloss over his well-known reputation as a ladies' man; his wife, Rita, speaks with a strangely calm acceptance of the fact that it was often her role to clear the dressing room of groupies — not out of jealousy, but because Marley had called to let her know he was done with them. His daughter Cedella — one of 11 children he fathered with seven women — speaks out much more critically of her father's behavior, and her perception of its effect on her mother.

Stylistically unremarkable, playing it safe with structure, the film is still quietly revelatory. Committed fans, casual ones and those completely unfamiliar with Marley should all find something to latch on to here. That seems only appropriate, given the broad and welcoming appeal of its subject.