Accessibility links
'Ambassador' Guy Davis Takes Blues Around The Globe Davis discovered the blues in college, and now travels the world performing in places untouched by the blues, from Greenland to the Galapagos Islands. Known as "The Ambassador of the Blues," Davis talks about his new album, The Adventures of Fishy Waters: In Bed With the Blues. 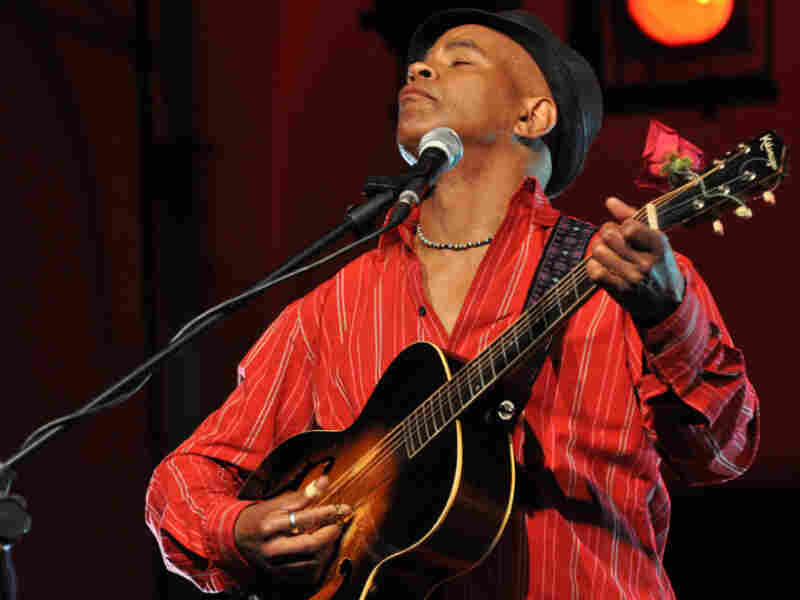 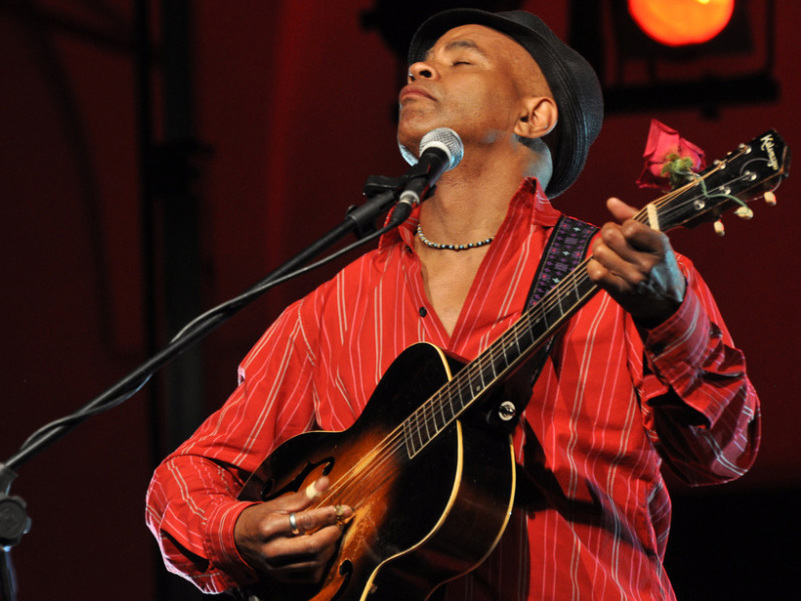 Guy Davis performs in northern Italy at the Piacenza Blues Festival in 2010.

The son of Ruby Dee and the late Ossie Davis, Guy Davis initially followed in his famous parents' footsteps. But then he discovered the blues in college, and now travels the world performing in places untouched by the genre, from Greenland to the Galapagos Islands.

Known as "The Ambassador of the Blues," Davis talks with NPR's John Donvan about his new album, The Adventures of Fishy Waters: In Bed With the Blues, and his passion for blues music.

On Fishy Waters, The Character He Created For His New Record

"Let's just say he comes from my need to release my inner Garrison Keillor. Fishy Waters reflects the moments in my life when I've been the most stimulated, when I've been in front of people who told stories, and ... you could see it right in front of your eyes as it was happening. That means they're using just the right words.

"...And when I was, say, 8 years old, I remember being down in front of an auditorium with big saucer-shaped eyes, looking up at a fellow with a guitar, singing and playing. I thought that was just the most magical thing ever, to have such a simple thing made out of wood and steel strings, making music. And that is what has shaped my life."

On His Inspiration For Waters, A Southerner Who Hops Freight Trains

"I made it in my imagination. I made it while listening to old records, and I guess I was prompted by people like Taj Mahal many years ago to listen to the old-style blues. And from the Taj I got to hear people like Mississippi John Hurt and Rev. Gary Davis and Robert Johnson and, you know, so many other names. And I found the people who played this sound that felt familiar to my bones already."

On The Future Of Blues Music