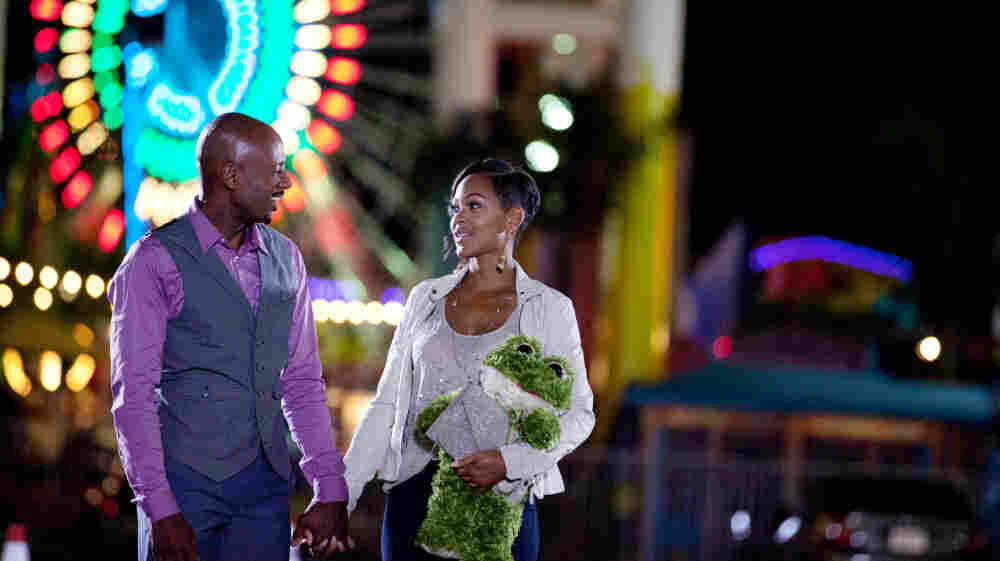 Rated PG-13 for sexual content, some crude humor, and brief drug use

Oy, the things daters have to worry about these days. Not just how to dress, act and turn "no" into "go," but how not to become a chirp-chirp girl.

A what, you ask? Well, as comedian and broadcast personality Steve Harvey explains in Think Like a Man -- a film that illustrates the stereotypes and situations he wrote about in his self-help best-seller Act Like a Lady, Think Like a Man -- she's the girl who puts up with a man who uses his key fob to unlock the car — "chirp chirp" — as he's heading for the driver's side and expects her to open the passenger-side door herself.

Meagan Good, playing a sweet, sensitive woman who's protecting herself by adopting Harvey's 90-day rule before succumbing to her boyfriend's advances, won't put up with chirp-chirping, or with any other guff from smooth-talking player Romany Malco.

And so it goes in this romantic rondelay. Commitment-phobe (Jerry Ferrara) dates girl-who-wants-a-ring (Gabrielle Union); mama's boy (Terrence J) falls for strong single mom (Regina Hall); independent career gal (Taraji P. Henson) meets head-in-clouds dreamer (Michael Ealy) who waits tables to make ends meet as he seeks kitchen cred as a chef; and divorced guy (Kevin Hart) misses feminine companionship so much that he's prepared to hit on a friend's mom (Jenifer Lewis). As the types pile up, it will occur to you that it's kind of amazing that humanity manages to procreate at all.

The story pits men who get together to drink, play basketball and fantasize about women, against women who gather at book clubs to complain about men. As the film begins, Harvey's guidebook is giving what used to be called "the weaker sex" an advantage. But then, the men find the book and ... well, you can see where this is going. 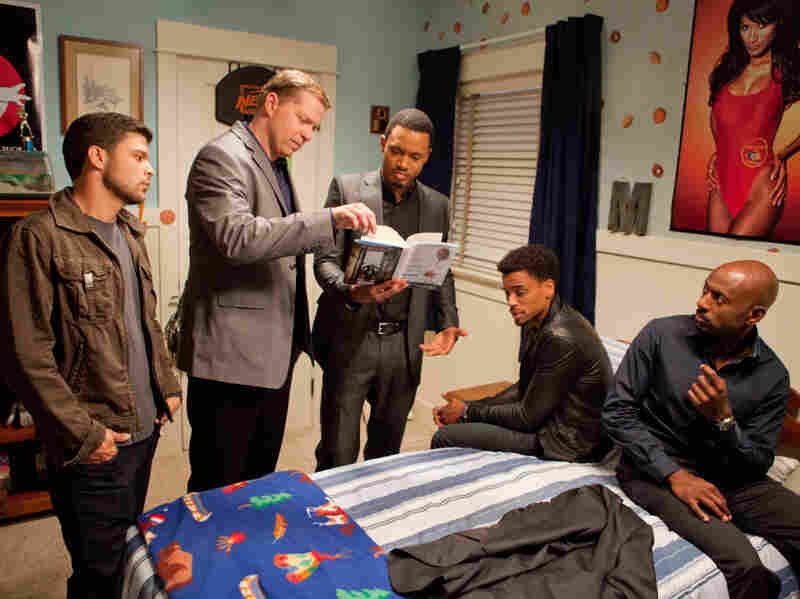 Tim Story, who also directed the ensemble comedy Barbershop, here takes time-honored stand-up material and turns it into something pleasantly sitcom-ish — kind of a knowing, urbane variation on the sort of thing that would get more earnest treatment from Tyler Perry.

The director doesn't require — and doesn't really get — distinctive acting from his cast, but every once in a while, the company manages to wink broadly at the film's genre. If you caught actor Michael Ealy in Perry's movie version of For Colored Girls, for instance, you'll get a kick out of the way his character here mocks his character there.

That's pretty meta for a movie based on a self-help book — a form that qualifies as a whole mini-genre in romantic comedy these days, what with Drew Barrymore's He's Just Not That Into You, Tina Fey's Mean Girls, the upcoming What to Expect When You're Expecting. (The phenomenon goes all the way back to the 1960s and Helen Gurley Brown's Sex and the Single Girl, which the New York Times bemusedly conceded was "not the worst picture ever made"). Also Woody Allen's loose, funny take on David Reuben's sex manual, Everything You Always Wanted to Know About Sex * But Were Afraid to Ask.

As with most of those pictures, there's a promotional impulse driving Think Like a Man. It's a little more blatant here, with everyone holding up Steve Harvey's book for the camera at one point or another — including Steve Harvey. All that winking makes it sort of a two-hour infomercial, but a decently amusing one.