Accessibility links
The Artful Reinvention Of Klansman Asa Earl Carter Since its first publication in 1976, The Education of Little Tree has sold more than 1 million copies. But the book and its author are not what they seem. That's because before Forrest Carter became a Cherokee novelist, he was Asa Earl Carter, a Ku Klux Klan organizer and segregationist. 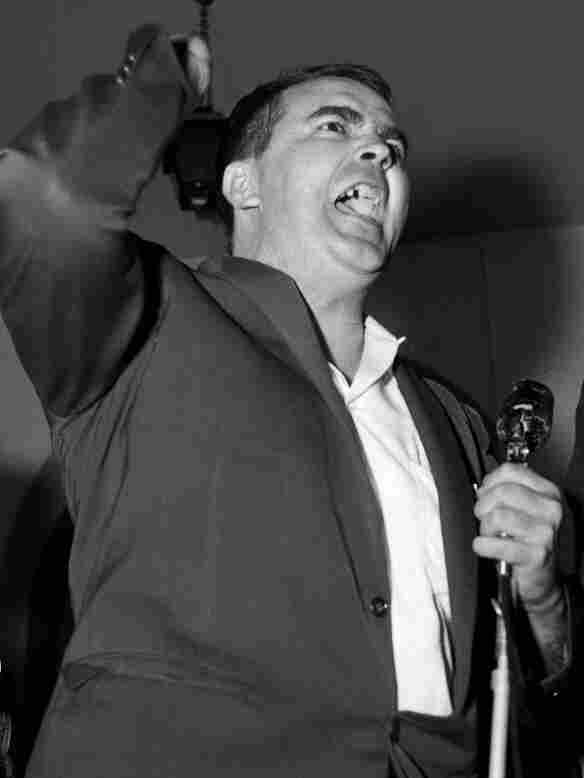 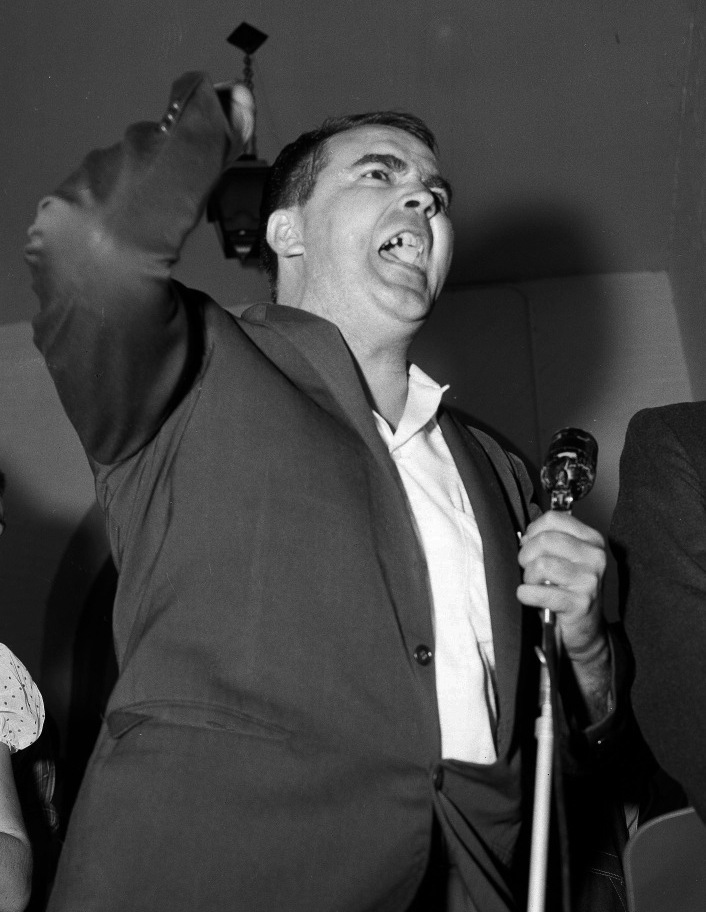 In the early 1990s, The Education of Little Tree became a publishing phenomenon. It told the story of an orphan growing up and learning the wisdom of his Native American ancestors, Cherokee Texan author Forrest Carter's purported autobiography.

The book was originally published in 1976 to little fanfare and modest sales, but in the late 1980s, the University of New Mexico Press reissued it in paperback — and it exploded. By 1991, it reached the top of The New York Times nonfiction best-seller list. It was sold around the world, praised by Oprah Winfrey and made into a Hollywood film.

The Education of Little Tree would go on to sell more than 1 million copies. But the book and its author were not what they seemed.

Three decades earlier, in Alabama, Asa Earl Carter was a Ku Klux Klan organizer, a rabid segregationist and a talk show host who expounded on the dangers of integration. In 1963, he drafted an inaugural address for Alabama Gov. George Wallace that would become one of the most notorious speeches of the civil rights era.

"In the name of the greatest people that have ever trod this earth," Wallace said, "I draw the line in the dust and toss the gauntlet before the feet of tyranny, and I say segregation now, segregation tomorrow, segregation forever!"

Wallace's words came from Carter's pen, but as the decade progressed, Carter turned against Wallace. According to Tom Turnipseed, Wallace's national campaign manager, Carter felt that Wallace had gone soft on the issue of segregation. By 1970, Turnipseed says, Carter's ideas had become "too extreme" and Wallace pushed him aside.

Alabama reporter Wayne Greenhaw covered Wallace's 1971 inauguration. Before he died last year, Greenshaw said he found Carter behind the Capitol after his speech. "He started crying," Greenhaw said. "He said that Wallace had sold out to the liberals."

Then Carter got up, turned around and bid Greenhaw farewell. "And that was the last time I ever saw Asa Carter," Greenhaw said. "It's like he just vanished, dropped off the face of the earth."

Ron Taylor was a close friend of Asa Carter's. He remembers Carter calling him one day to say he was going away. "He just pulled up out of the Choccolocco Valley, tanned himself up, grew a mustache, lost about 20 pounds," Taylor says, "and became Forrest Carter."

Forrest Carter's Western adventure novel Gone to Texas tells the fictional story of Josey Wales, an outlaw-to-be who loses his family and goes on to become the most wanted man in Texas. Thomas S. England/Time hide caption

Forrest Carter's Western adventure novel Gone to Texas tells the fictional story of Josey Wales, an outlaw-to-be who loses his family and goes on to become the most wanted man in Texas.

From Asa Earl To Forrest

And then Forrest Carter became a novelist. Through the 1970s, he published four books: Gone to Texas (later made into the Clint Eastwood western The Outlaw Josey Wales), The Vengeance Trail of Josey Wales, The Education of Little Tree and Watch for Me on the Mountain.

Chuck and Betty Weeth were running a bookstore in Abilene, Texas, when, in 1975, Forrest Carter walked in and introduced himself. He was dressed in jeans and a cowboy hat, had a dark complexion and told the couple that he was Cherokee and had been raised by his grandparents in a Tennessee cabin. "I liked him from the start," Chuck Weeth says.

That same year, author Forrest Carter appeared on The Today Show, where he was interviewed by Barbara Walters. "She'd ask him questions and he'd mumble these answers," Greenhaw said. "He said he wrangled horses and, when he was in Oklahoma, he was the storyteller to the Cherokee Nation."

Ron Taylor says when he saw the interview, "I literally got down on the floor laughing. Asa's on TV! He had pulled it. He had fooled them."

"I was bumfuzzled," Greenhaw said of his own reaction to the broadcast, so the reporter decided to look into what Forrest — or Asa — was up to. He started calling around, interviewing people who knew Asa and after a few days, Forrest Carter got in touch.

Greenhaw said he had clear memories of the call: "He said, 'You don't want to hurt old Forrest, do you now?' And I said, 'Come off of it, Asa, I recognize that voice.' "

In 1976, Greenhaw published a New York Times article drawing the connection between Asa and Forrest Carter.

Readers Saw What They Wanted

Historian and George Wallace biographer Dan Carter (no relation) is working on a book about Asa. He says fans of The Education of Little Tree should have known that it wasn't what it appeared to be. For one thing, the Cherokee words that Forrest Carter used in the memoir weren't Cherokee — they were just made up.

"Most people who loved the book couldn't imagine that a former Klansman, racist, anti-Semite could have written The Education of Little Tree," Dan Carter says. But the genius of the book is that people took what they wanted out of it.

"One way you look at it, it's a tree-hugger book," Taylor says. "But the other way, it's a right-wing, government-leave-me-alone book. That's how I took it."

Almost four decades after they first met Forrest Carter, Chuck and Betty Weeth remain perplexed that the man they knew — the man they considered a friend — had a dramatically different past. "I didn't like Asa Carter," Chuck Weeth says, "but I did like Forrest Carter."

Forrest Carter died in 1979 in Abilene. He was buried in Alabama, where today his tombstone still reads, "Asa Earl Carter."

Produced for All Things Considered by Joe Richman and Samara Freemark of Radio Diaries with consulting editors Deborah George and Ben Shapiro. Special thanks to the producers of the documentary The Reconstruction of Asa Carter, which is airing on PBS stations through April.