Accessibility links
Rodney King Comes To Grips With 'The Riot Within' In his new memoir, Rodney King explains why he gave his famous "Can we get along?" speech when riots erupted after police officers were acquitted in his beating. His lawyers had drafted a far angrier script for him. He also reflects on his life since the trial: "Things have changed for me," he says. 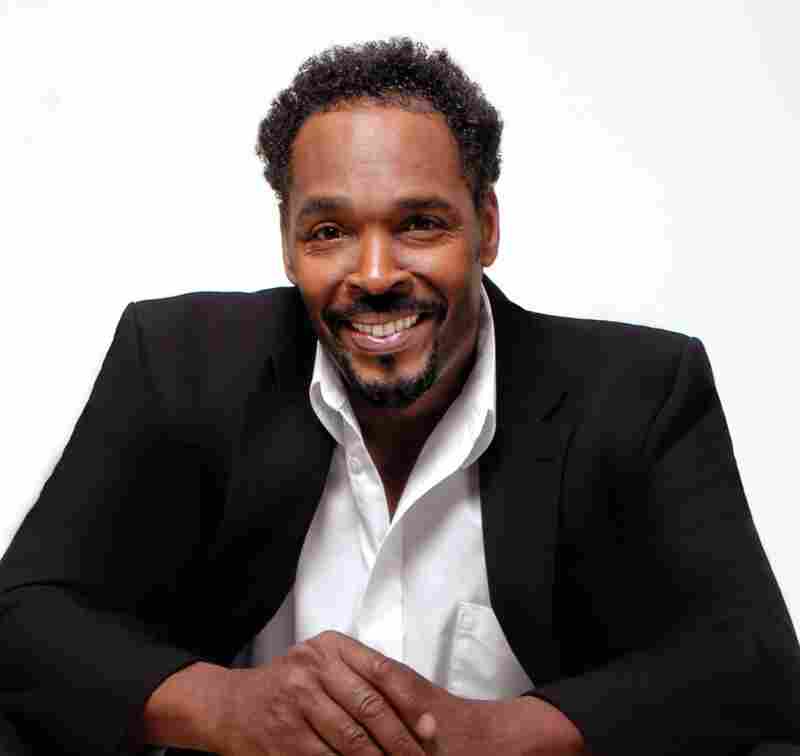 After suffering from injuries from the beating and struggling publicly with alcoholism, today Rodney King is contented, sober and engaged — to Cynthia Kelley, who served on the jury of King's civil trial against the city. Morgan St. John hide caption 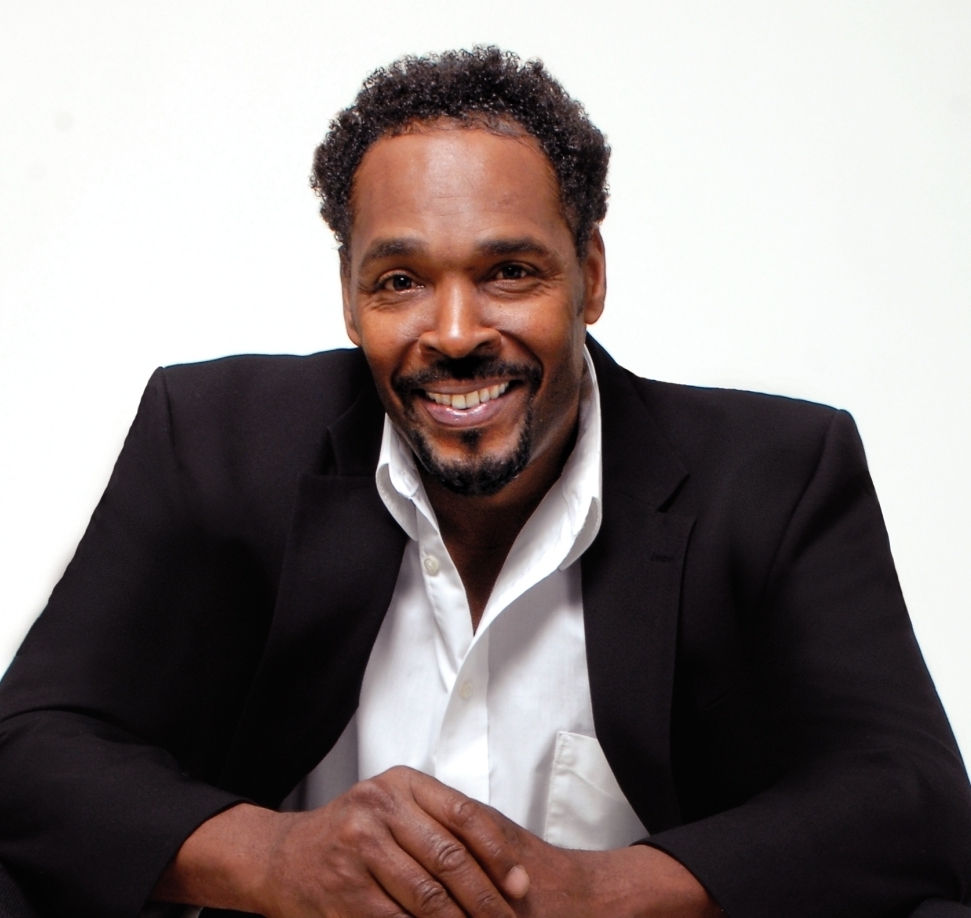 After suffering from injuries from the beating and struggling publicly with alcoholism, today Rodney King is contented, sober and engaged — to Cynthia Kelley, who served on the jury of King's civil trial against the city.

With a helicopter buzzing overhead, the videotape of Rodney King's encounter with police is so famous, you could say he was beaten into American history: The image of him writhing in pain as several Los Angeles police officers repeatedly beat, kicked and tasered him is, by now, world-famous — and synonymous with abuse of power.

When four of the officers were charged with use of excessive force, many who'd seen the video assumed they would be convicted. But a year later, a mostly white jury in the far northwest L.A. suburb of Simi Valley acquitted the officers, and mere hours later, the city combusted into the worst riot in modern American history. Five furious days later, 53 were dead; thousands had been injured; and a billion dollars or more in damage had been estimated.

On the third day, while vast parts of Los Angeles were still smoldering, King stood on the steps of city hall, famously asking "People, can we all get along? Can we get along?" 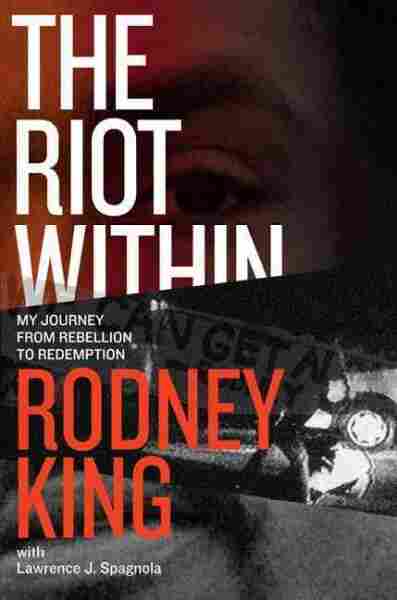 My Journey From Rebellion To Redemption

Title
The Riot Within
Subtitle
My Journey From Rebellion To Redemption
Author
Rodney King and Lawrence J. Spagnola

The Other King's Speech

Twenty years later, he looks alert and healthy, and he's come to grips with the night that fractured him physically and mentally. He's written about how that night affected him in his new memoir, The Riot Within: My Journey From Rebellion to Redemption.

There are some interesting revelations. For one thing, King says his famous "Can we get along" speech was completely impromptu; his lawyers had drafted a far angrier script for him, but he refused to use it.

"I couldn't see putting any more heat on the fire, you know?" he says, while sitting in a small park near the site of the speech. "That's not the way I was raised."

As he recounts in his memoir, King was raised in Pasadena by his mother, Odessa, a devout Jehovah's Witness. Their congregation was multicultural; he had school friends and playmates of different races. So King says he was really bothered by the post-verdict fury of some black rioters against nonblacks.

"The way I was raised in my religion, we have to be able to get along with each other," he says forcefully. "That's your brother and sister. You can't threaten someone in your household. America's my house!"

Many people didn't appreciate King's efforts at conciliation and weren't shy in telling him so.

"People were mad at me because they didn't think I was going to say, 'Can we all get along?' " King says. "I had people come up to me and say, 'What the [expletive] did you say that for?!' "

He believes they wanted him to validate the riots' violence, something he resolutely refused to do.

Not Naive About Race

King says he's not naive about race. He does allow that he is trying to figure out how to tell his small nephews that black men are especially vulnerable in certain situations. He has promised himself to have "The Talk" with them when they're old enough to understand: 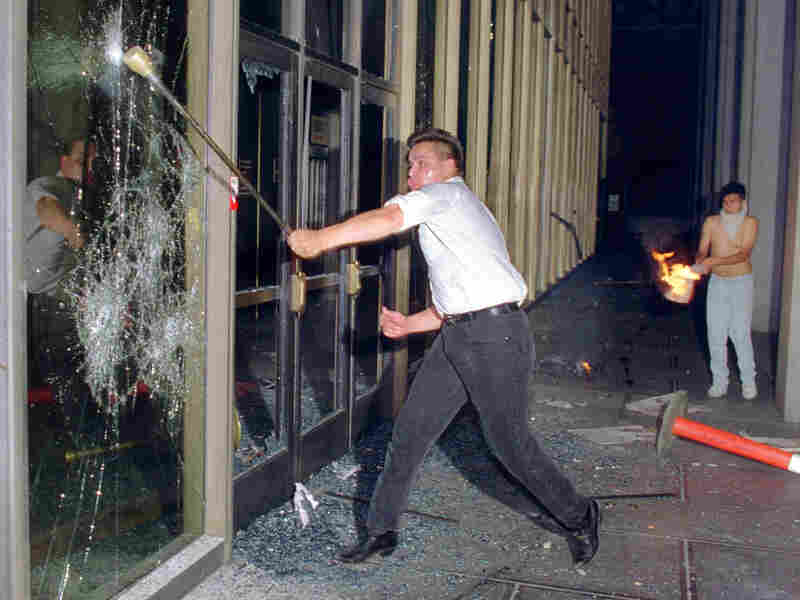 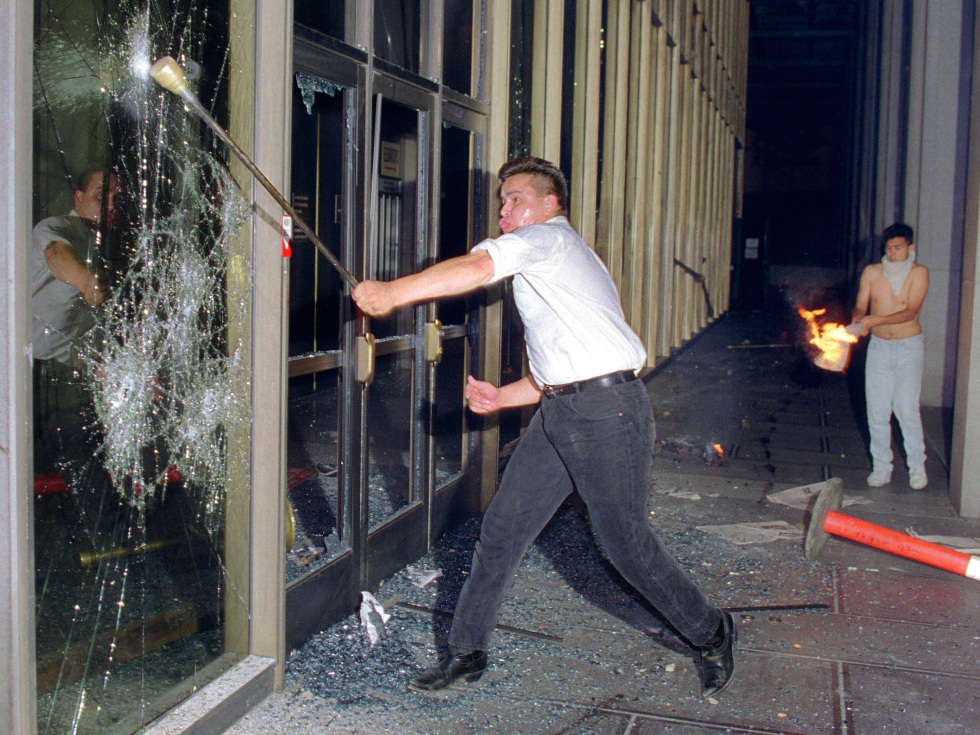 A rioter breaks glass at the Criminal Courts building in Los Angeles on April 29, 1992, after a jury acquitted four police officers accused of beating Rodney King.

"It's that black talk, that 'Get ready, be aware, watch your surroundings,' " he sighs resignedly. "They need to know that history has shown that as a black man in America, you're always in a certain amount of danger."

He says he should have taken that advice himself the night he was beaten so badly.

"I should have pulled over for the police," he says. "I was going too fast. I was on parole [for second-degree robbery of a grocery store], and I had been drinking some, too." King says he was worried about losing a construction job he'd just gotten.

"It was wrong, but it didn't mean they should have beat me the way they did," he says.

That beating resulted in at least one concussion, a broken cheekbone ("They had to take out my eye, put a metal plate behind it so it wouldn't fall out, and put it back in," King says), a broken ankle and several bruises and lacerations. The booking pictures taken at the time show King with a horribly disfigured face and one beet-red eyeball. 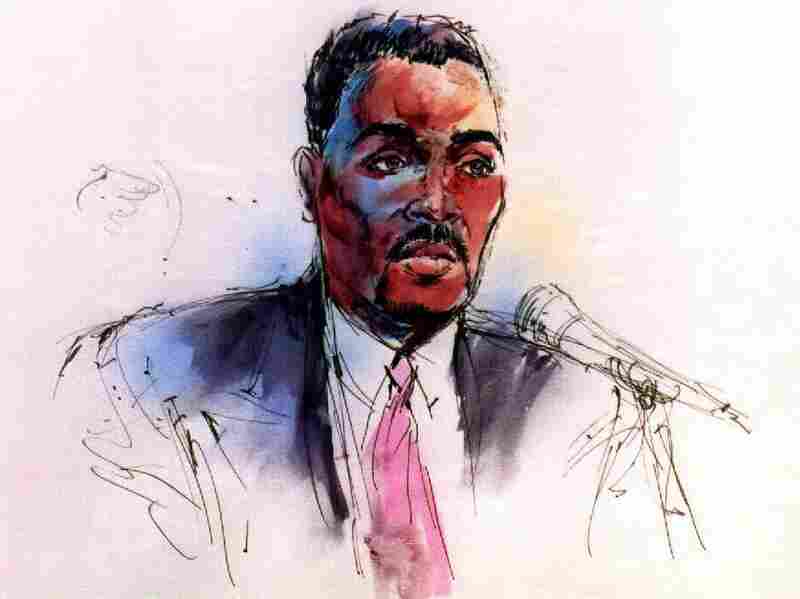 The courtroom artist's drawing of Rodney King as he testifies in the federal trial against four police officers accused of violating his civil rights in 1991. Bill Robles/AFP/Getty Images hide caption 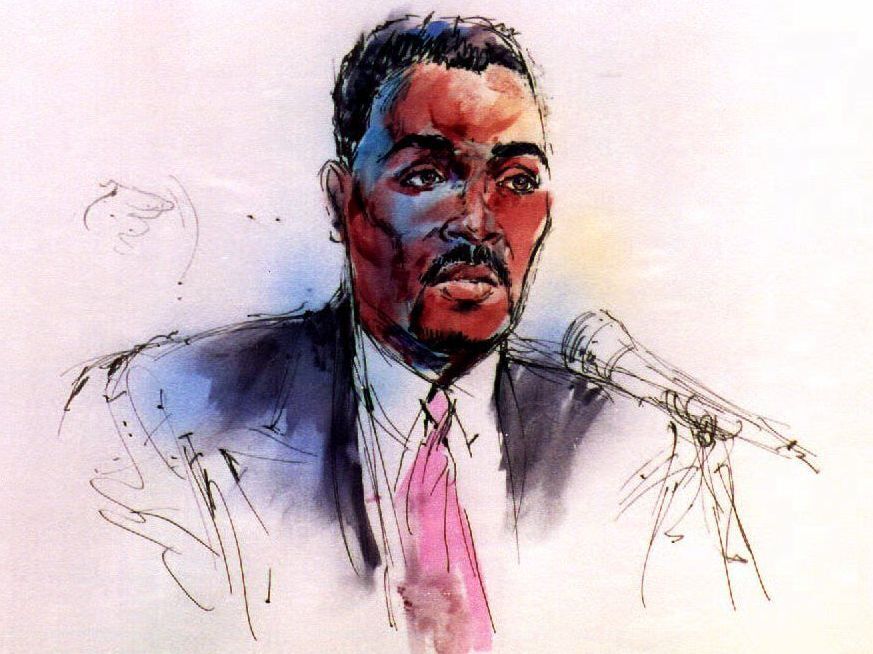 The courtroom artist's drawing of Rodney King as he testifies in the federal trial against four police officers accused of violating his civil rights in 1991.

Four cops were tried and acquitted in 1992 in criminal court. Two were convicted in a federal trial a year later. King eventually received almost $4 million from the City of Los Angeles in a civil suit.

In his book, King reveals that then-Mayor Tom Bradley had taken him aside to make an offer: The city would pay for King's college tuition if he wanted to go, and give him $200,000 outright, to spare the expense and trauma of a trial. King says in retrospect, it might have been a smart thing to accept. "But at the time, I was thinking: '$200,000 — I almost died!' and it didn't seem right."

So he sued and, eventually, won. He bought two modest homes, one for himself, one for his mother. But most of his settlement evaporated in a failed effort to establish a hip-hop record label and in a tangle of lawyers' fees.

He admits he wanted to start the label, Alta-Pazz, to employ otherwise unemployable black and Hispanic youths. Everyone involved with the label had good intentions, but none of them knew anything about the music industry — a critical knowledge gap that would ensure the label's failure

'Things Have Changed For Me'

For years after the trials, a series of minor scrapes with the law landed King in and out of jail until he decided to do something about his alcoholism. He spent two seasons on the reality TV shows Celebrity Rehab with psychiatrist Drew Pinsky, and its spinoff, Sober House. Last year, he told CNN his battle against the bottle is ongoing, an inheritance he got from his father, who died from the disease while in his early 40s.

King says he works every day to not give in to the urge, and his sobriety is a work in progress.

His more sober life comes with happy fringe benefits. Last year, King became engaged to Cynthia Kelley, a former juror from his civil trial. He still gets requests from the police, but they're not assume-the-position requests.

"For the most of it, out in San Bernadino County, yeah, it's 'Rodney, we need you to come out and speak to these kids. We need you to do this.' ... Things have changed for me, you know?"

Some things haven't. He's still instantly recognizable. (As we're leaving the park, a man stands up and salutes him calling out "ROD-NEY!" King waves in acknowledgment.) He's still plagued with frequent nightmares and physical ailments from the beating.

But he seems content. He enjoys baby-sitting his grandchildren and nephews. On warm days, he goes fishing and surfs. (Scrawled on the bottom of his turquoise board: "Can We Get Along?")

And though he hopes he's years away from death, when Rodney King is asked if he's thought about what he'd like engraved on his headstone, he has a ready answer: "Can we all just get along? Can we all get along in peace?"

Read an excerpt of The Riot Within