Accessibility links
The Artistry Of 'Children's Picturebooks' Revealed Children's books seem simple, but good ones are deceptively complicated to write and illustrate. The images and the text depend on each other, and author Martin Salisbury says it's quite a challenge to condense a story into just 32 pages while maintaining simplicity and elegance. 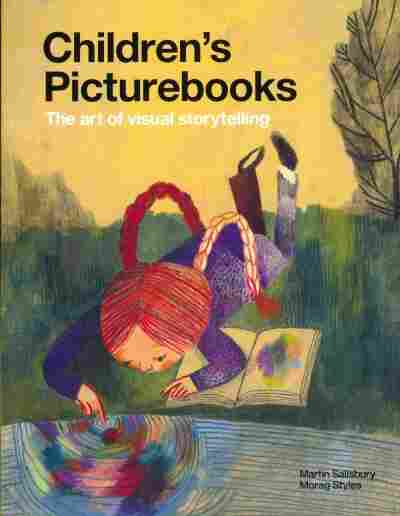 The Art of Visual Storytelling

by Martin Salisbury and Morag Styles

Children's books seem simple, but good ones are deceptively complicated to write and illustrate.

"Traditionally illustrated books are books where the text makes sense on its own. It doesn't necessarily need words," writer Martin Salisbury tells NPR's Renee Montagne, whereas with picture books, neither the text nor the images stand separately — they need each other.

Salisbury is the author of the new book Children's Picturebooks: The Art of Visual Storytelling. He says classic picture books, like Babar, may succeed because the simple visual style allows readers to project their own personalities and thoughts onto the character. "I guess it's a combination of the extraordinary writing of Babar, the strange world that's created, and those very simple faces that allow us to use our imagination," he says.

Achieving that simplicity can be a challenge that many people don't appreciate. "It's that issue of condensing something into something very elegant and short, usually 32 pages, which is very, very complex to do," Salisbury says. "And making it look simple and elegant is perhaps the hardest thing to do."

What makes children return over and over again to a beloved book? "I think it's rather like the theater," Salisbury says, "where this is one of the things that the picture book does so well, if the words are saying one thing and the images are saying another." He cites a book called Rosie's Walk, by Pat Hutchins — originally published more than 40 years ago, and still in print.

Rosie the hen is taking a walk through the farmyard — but what the text never mentions is that she's being followed by a fox who meets with one disaster after another in his unsuccessful pursuit of Rosie. 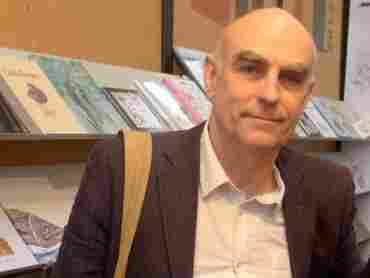 "If you watch children being read to, they're screaming at their parents, 'behind you, behind you, there's a fox, there's a fox!' And that's a book that has remained incredibly popular for that very simple reason, I think, that children still want to go back and tell the chicken that the fox is trying to eat her," Salisbury says.

There are many wonderful picture books out there, but Salisbury says one of his all-time favorites is The Tiger Who Came to Tea, by Judith Kerr. "It is a book in which nothing really happens, there's no great storyline to it," he says. "It's a tiger who knocks on the door of a family house, and he comes in, and he eats them out of house and home, empties the fridge, and eventually goes away again."

"The appeal of the book is just this idea of the mysterious stranger, and it's somehow incredibly compelling," he adds. "It's just got that magic somehow."

Title
The Tiger Who Came to Tea
Author
Judith Kerr